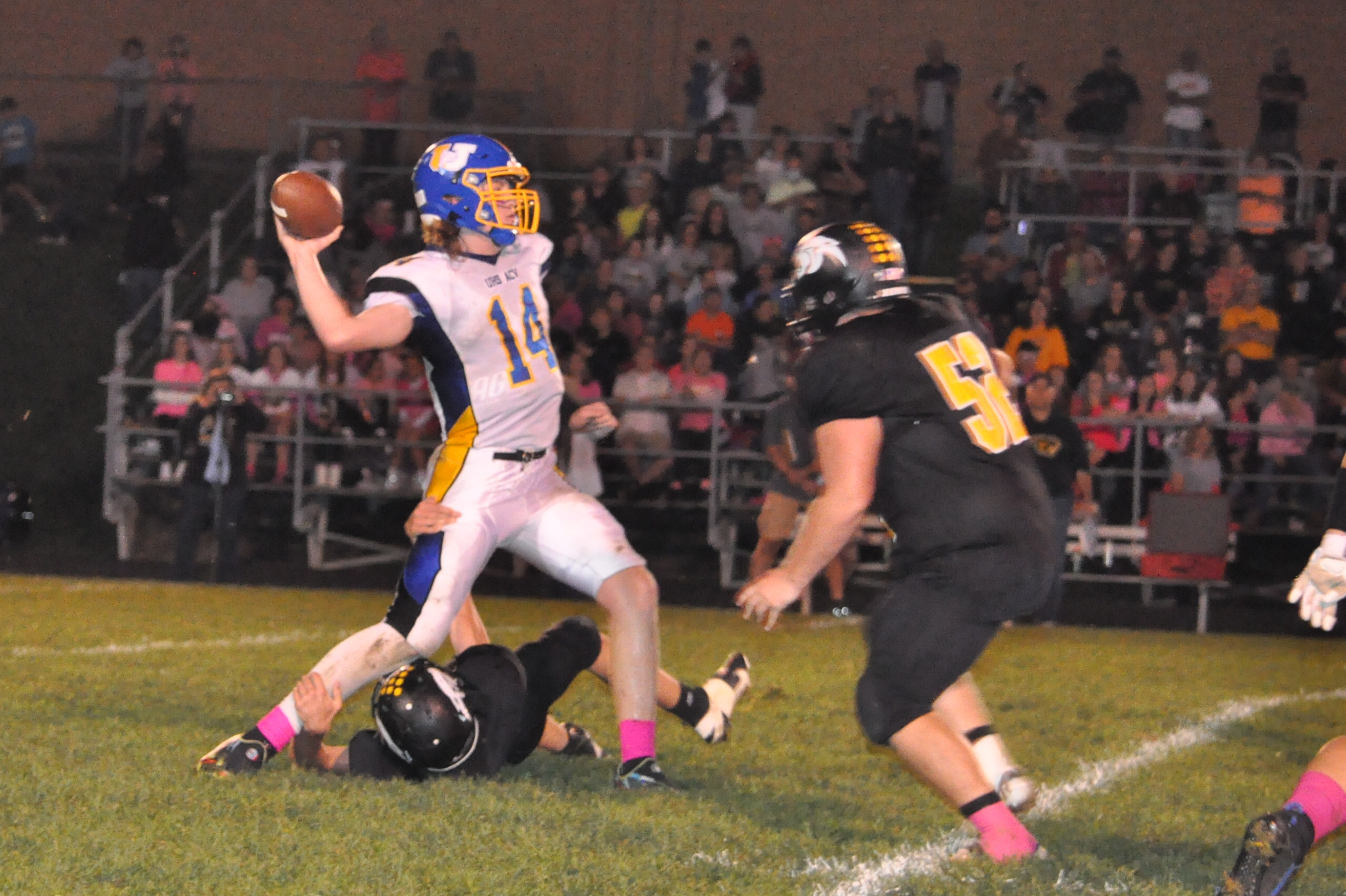 Last week, the 5-1 Falcon Knights rallied from an 18-0 first-half deficit to beat previously unbeaten Keystone, 26-24. Whether they need the heroics again will determine how much a longer road trip affects them against the 4-2 Red Raiders.

Cameron County is coming off a 28-0 shutout loss to Smethport, which clinched the D9 League Small School North Division title. Prior to that for the Red Raiders, it was a two-game winning streak over Sheffield (54-2) and Elk County Catholic (32-18) after their first loss of the year in a 28-8 loss at Otto-Eldred.

Card ran for 97 yards last week while Roxbury came up with a huge interception return that gave the Falcon Knights the lead in the fourth quarter.

District 9 Releases Football Power Points Through Week Seven 2021
Keystone’s Wingard, C-L’s Smith Named Clarion Rehab Services/CHAMP Co-September Student-Athletes of the Month
We use cookies on our website to give you the most relevant experience by remembering your preferences and repeat visits. By clicking “Accept All”, you consent to the use of ALL the cookies. However, you may visit "Cookie Settings" to provide a controlled consent.
Cookie SettingsAccept All
Manage consent