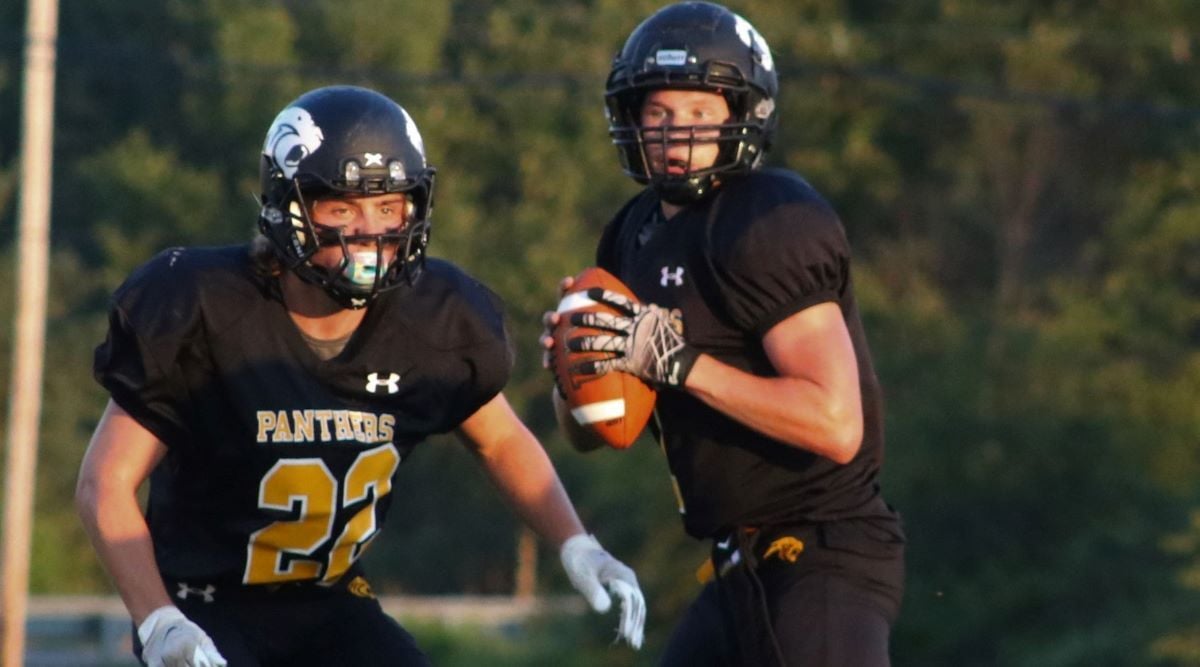 Keystone averages 280 yards per game offensively with junior running back Kyle Nellis (79-510, 4 TDs) being the focus of the running game while also leading the team in all-purpose yardage (includes return yards) at 155 yards per game. Quarterback Bret Wingard (32-for-74, 477 yards, 7 TDs, 2 Ints.) also leads the team with five TDs rushing and he’s run for 124 yards on 53 carries.

Defensively, Aidan Sell and McHenry lead the team with 28 and 27 tackles respectively. The Panthers have intercepted 12 passes so far with nine different players with at least one pickoff. Tyler Albright leads the unit with three.

Union/ACV averages 319 yards per game on offense with Dawson Camper coming off his 225-yard rushing performance in last week’s 41-8 win over Port Allegany. With 360 yards on 30 carries and eight TDs, Camper is second on the team on the ground behind Mikey Card (43-420, 3 TDs).

With some key games remaining in the division race, it’s the Panthers on top of the pack at this point at 3-0, with Redbank Valley (2-1) and Union/ACV (1-1), with the Falcon Knights’ division game with Bucktail canceled.

The other key division game remaining have Redbank Valley visiting Union/ACV in Rimersburg on Oct. 22. As far as the Class 1A playoff race goes, it’s the Panthers at Smethport next week. All of that should help clarify how the playoff bracket plays out.

The best guess for the Class 1A bracket in some order has defending champion Redbank Valley, Keystone, Union/ACV, Smethport and Cameron County headed to the playoffs for sure with likely trips for Curwensville — don’t forget about the Tide who play a District 6 schedule now — and Port Allegany. At least seven teams should make the postseason.

2021 District 9 and District 10 Week 7 Football Predictions
St. Marys’ Lion Wins D9 2A Singles Tennis Championship
This website or its third-party tools process personal data.In case of sale of your personal information, you may opt out by using the link Do not sell my personal information.
×
Manage consent