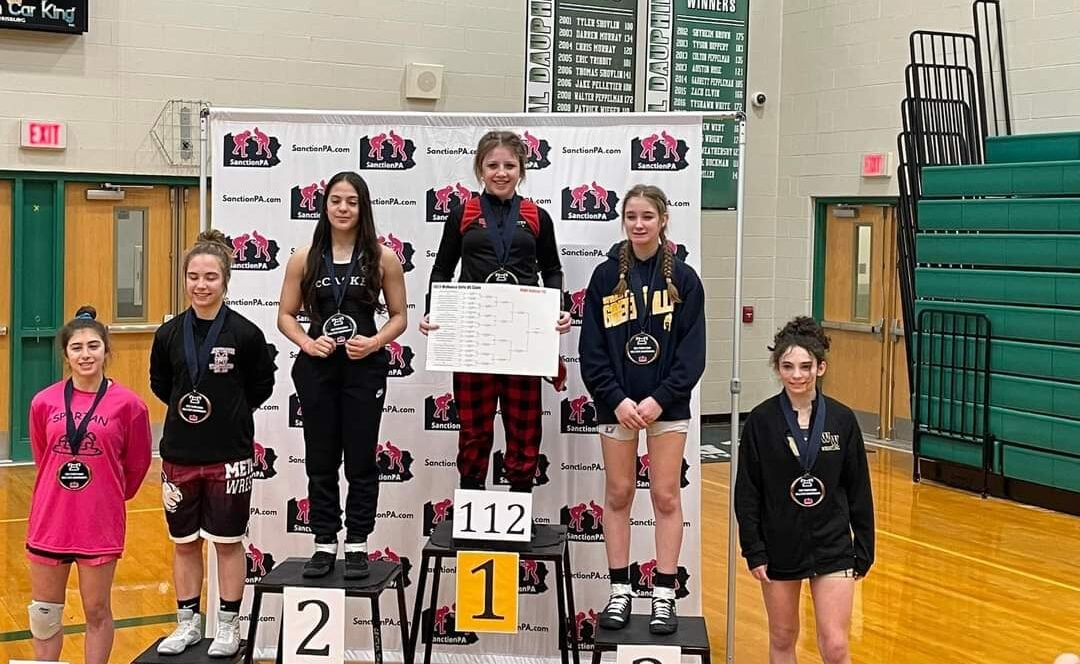 The tournament is open to any female grappler competing at a public or private school within the geographic boundaries of Pennsylvania.

Chiesa, competing at 112 pounds, earned a pin over Journie Rodriguez of J.P. McCaskey in the second period (2:55), while Rhyal earned an 8-0 major decision over Athens’ Lacey Hinman at 152 and Miller notched a tech fall over Maya Krieger (Bensalem), 16-0 to claim gold.

Chiesa had a dominant tournament, earning a pin and two tech falls before her pin in the finals.

Miller was also impressive in every bout, notching two pins and a tech fall before her tech fall in the finals.

In addition, DuBois’ Andrea Wilmouth, a state champion a year ago, finished second at 190 and Slippery Rock’s Lexi Doerflinger second at 100.

Przybycien earned a pin at the 2:06 mark against Milton’s Abigail Moser at 106, while Enterline earned a hard-fought 1-0 decision over Montrose’s Larissa Taylor at 112.

Getting a fifth-place finish was Mercer’s Kristin Swartz, who got a pin in 45 seconds against Sophia Cordon of South Western.

Place winners are listed below.

Old Forge Rallies Past Karns City in PIAA 2A Boys Second Round
March 15, 2022 District 9 and District 10 Basketball Schedules Powered by Hunter’s Station Golf Club
This website or its third-party tools process personal data.In case of sale of your personal information, you may opt out by using the link Do not sell my personal information.
×
Manage consent