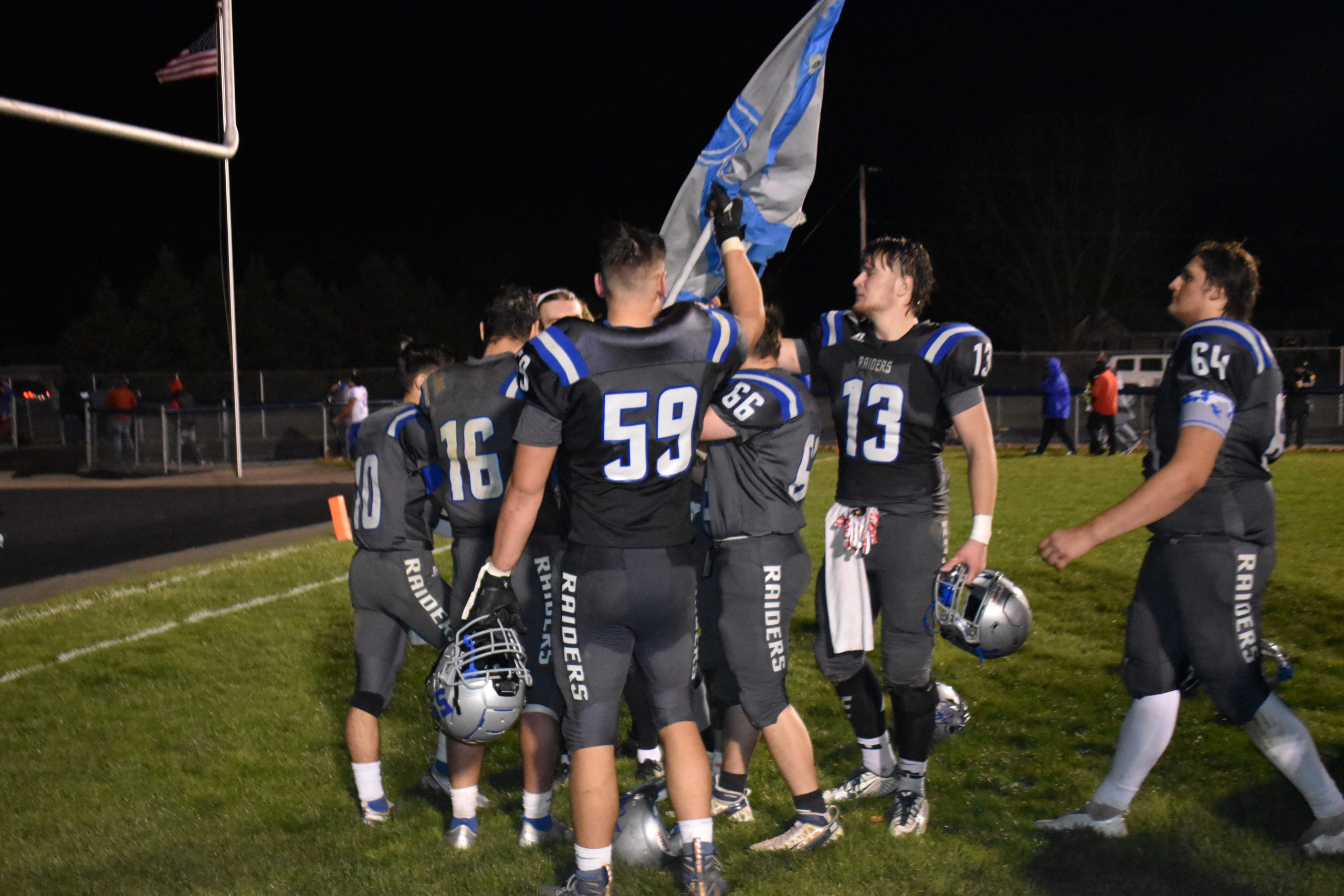 GREENVILLE, Pa. – The third quarter was the undoing for the Reynolds Raiders in the PIAA Class 1A semifinals against Jeannette on Friday.

Trailing just 14-6 at halftime, the Raiders were outscored 27-0 in the third quarter as the Jayhawks advanced to the Class 1A state title game with a 48-12 win on Friday at Reynolds.

Playing without talented freshman quarterback Brad Birch, who was injured in the WPIAL championship win over Clairton last week, proved to be no problem for the Jayhawks.

To say that Roberto Smith Jr, who moved over from running back, filled in admirably would be an understatement.

Smith Jr. completed six passes for 277 yards and a score and also ran for three touchdowns in the win.

His 17-yard pass to Brett Birch set up his second rushing touchdown of the game, and the third quarter onslaught was on at 21-6.

After a solid first half, the mistakes piled up for the Raiders (9-1).

A bad snap on a punt on their ensuing offensive possession led to a 4-yard touchdown run by Jaydin Cannady.

“You start making mistakes in the second half like we did and they are going to capitalize,” Mull said.

Reynolds went three-and-out on its next possession and Smith Jr. connected with James Sanders for 65 yards down to the 5, setting up Smith Jr.’s third touchdown run of the game.

The finishing touches for the Jayhawks (10-1) in the third came when Brandon Penn picked up a Brayden McCloskey fumble and raced 37 yards for a score, making it 41-6 and putting the ‘Mercy Rule’ in effect.

Senior running back Cole Toy put the final stamp on his brilliant football career at Reynolds with a 5-yard touchdown run late in the fourth quarter.

“I have a group of seniors who are never going to see the field again. I wanted my seniors to have the opportunity to play every last second they possibly could,” Mull said.

It was hard to envision the second half playing out the way it did after the opening 24 minutes.

The two teams traded punts for most of the first quarter, before Jeannette broke through, courtesy of a Smith Jr. 4-yard run.

That was made possible by a Smith Jr. to Sanders 60-yard pass. Sanders had three catches for 191 yards in the game, an average of 63.7 yards per catch.

McCloskey capped an 11-play, 46 yard drive that chewed up over five minutes of clock with a 3-yard touchdown run to make it 7-6 just past the midway point of the second quarter.

“That first half of  football, that’s two good football teams right there,” Mull said. “I couldn’t be more proud of these guys. They work hard and that’s all you can ever ask of them.”

Jeannette had a very quick answer, courtesy of Smith Jr. and Sanders, who hooked up for a 67-yard scoring strike, as Sanders showed off his speed.

“We knew we were out here for a football game,” Mull said.

Toy finished with 82 yards on the ground to lead Reynolds, while Jalen Wagner had 63.

“Jalen had a wonderful night running the ball,” Mull said.

Jeannette moves on to face to face either Steelton-Highspire or Bishop Guilfoyle (Saturday 1 p.m.) in the state title game next Friday at 11 a.m. at Hersheypark Stadium.

For Reynolds, their season ends after a remarkable run through District 10 and a state playoff victory over Redbank Valley.

“We were just happy to have a season, let alone win a District 10 title and play in the western finals,” Mull said. It’s lot of character (with the senior class). They play with class, they play together, they play with pride. It’s what every coach wants. I just hope their leadership this year can be passed along to the other guys.

WPIAL Powerhouse Thomas Jefferson too Much for Banged Up Oil City
Susen, Miller Power Wilmington Into State Championship Game With 20-18 Victory Over Beaver Falls
This website or its third-party tools process personal data.In case of sale of your personal information, you may opt out by using the link Do not sell my personal information.
×
Manage consent