Their Time: District 9 Class 2A Championships Will Feature Plenty of Talent Powered by Janney Montgomery Scott in Clarion 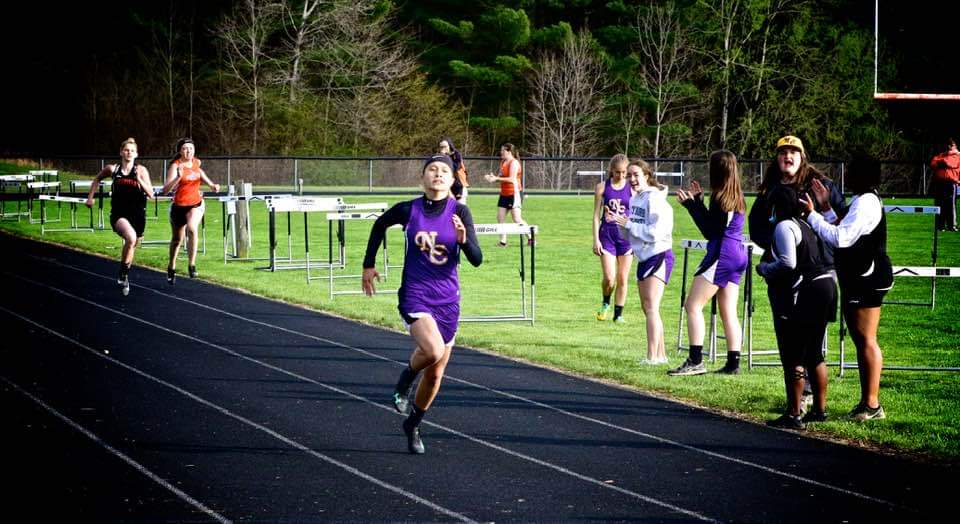 North Clarion's Evelyn Lerch is looking for a big day on Friday. Photo by Matt Lerch.

After missing last season due to COVID-19, the District 9 Class 2A Track and Field Championships return to Brookville High School on Friday.

Class 3A got its turn on Wednesday, now it’s the athletes’ turn in Class 2A.

The top two finishers plus those who meet qualifying standards advance to the PIAA championships.

Tickets must be purchased a the event – Tickets cost $6 for adults, $3 for students

Punxsutawney moves down from Class 3A to 2A on the boys’ side after taking the Class 3A title in 2019, and they figure to be a major contender, as well as 2019 Class 2A champion Brookville, which has won three straight team titles, and Moniteau.

The Punxsy girls are also class 2A after moving down, and they will contend as well as defending champion Brookville and Elk County Catholic, among others.

For a comprehensive guide to the District 9 Track & Field championships on D9and10Sports.com Powered by Janney Montgomery Scott in Clarion, including an event timesheet, visit our championship hub.

1600: This figures to be an exciting race, with ECC senior Joe Wolfe the top seed at 4:38.40. Three other runners – Keystone’s Koby Buzard, Matt Wolocock of Cranberry, and Coudersport freshman Kevin Sherry all check in at sub-4:43.

High Jump: Hayden Smith of Union is the favorite, having cleared 6-5 this season. His closest challenger is Johnsonburg’s RJ Miller at 6-2, followed by Sam Lundeen of Kane and Cody Daniels of Moniteau, both of whom have cleared 6-0. Miller was third in 2019.

100 Hurdles: Johnsonburg senior Chloe Trumbull is the top seed at 16.74. She is followed by Rossie McMillen of Karns City and Otto-Eldred’s Brooke Close 17.25 and 17.33.

300 Hurdles: Trumbull is the top seed in both hurdle races, seeded at 48.75 in the 300s, the only sub-49 second time. She is followed by Rylee Stancliffe of Brookville (49.35). Morgan Lorenzo of Cameron County is the only other sub-50 second runner. Trumbull was the 2019 champ as well.

High Jump: This should be a highly competitive event, with Sheffield freshman Emily Foster the top seed at 5-1. She is followed closely by Brookville junior Laynee Sorbin and Moniteau senior Hailey Campbell, who both have cleared 5-0.

Pole Vault: Another freshman top seed, as Redbank Valley’s Claire Henry checks in at clearing 9-3. Sorbin is the No. 2 seed at 8-6.

Long Jump: A-C Valley’s Baylee Blauser is the top seed by almost a full foot at 18-3.5, Brooke Kessler of Clarion-Limestone checks in at 17-3.5, the only other jumper who has gone more than 17 feet this season. Blauser was second in 2019.

Discus: Page is the top seed here and a pretty clear favorite, having a mark of 117-04 this season. Sheffield’s Emily Leichtenberger’s closest challenger is 104-5.5 and Madison Foringer of Redbank Valley at 104-5. Page was second in 2019 and Leichteberger fifth.