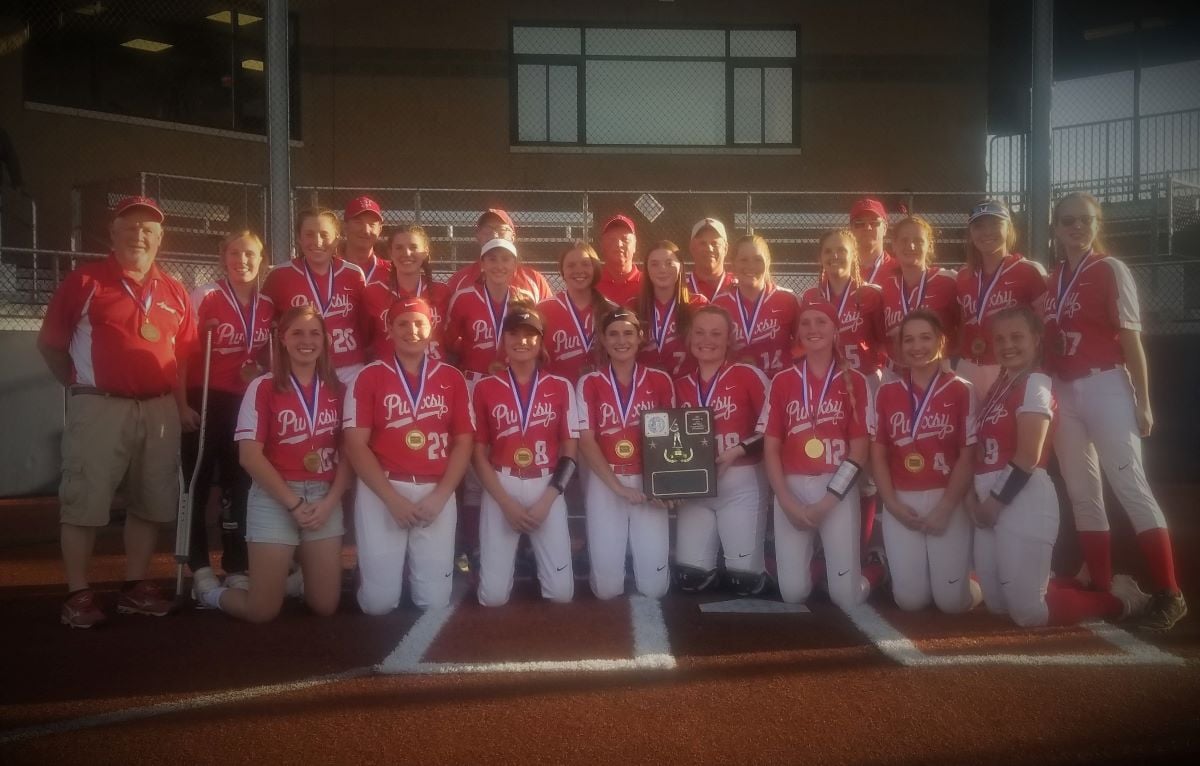 DUBOIS, Pa. – The more things change, the more they stay the same.

Thanks to a pair of home runs from freshman Ciarra Toven, Punxsutawney won its sixth consecutive District 9 softball title – three in Class 4A and three in Class 3A – with a 5-1 victory over top-seeded Karns City Monday at Heindl Field in DuBois.

“This is my first time winning a championship as a freshman,” Toven said. “I was looking to just keep winning as a team. That’s what we did tonight.”

Toven was a big reason why Punxsutawney was able to win its 14th district crown – 13 actually with one subregional title.

Her two-run home run to left-center with two outs in the third inning gave the Lady Chucks the lead for good, 2-1.

“I just saw it going right down the middle,” Toven said. “I was like, alright, I am going to take this. It was amazing.”

She then added an RBI double in the fifth to make it 3-1, before her solo home run to left in the seventh made it 5-1.

“I am just going for base hits every time,” Toven, who was 3-for-4 with four RBIs and two runs scored while being named the Allegheny Grille of Foxburg Player of the Game, said. “I will take the extra-base hits when I get them.”

The five runs were plenty for Kendal Johnston.

After allowing an unearned run in the first inning, Johnston was in a grove.

She finished the night giving up just the one run on six hits and a walk while striking out 11.

Watch Johnston get a strikeout to clinch the championship

“Kendal was doing super good today,” Toven said. “It made the defense easier for us.”

Sarah Weaver also had a nice game at the plate for Punxsutawney going 1-for-3 with a walk and two runs scored, while Kaylee Guidice was 2-for-3 with a run scored.

Zoe King paced Karns City going 2-for-3 with a double.