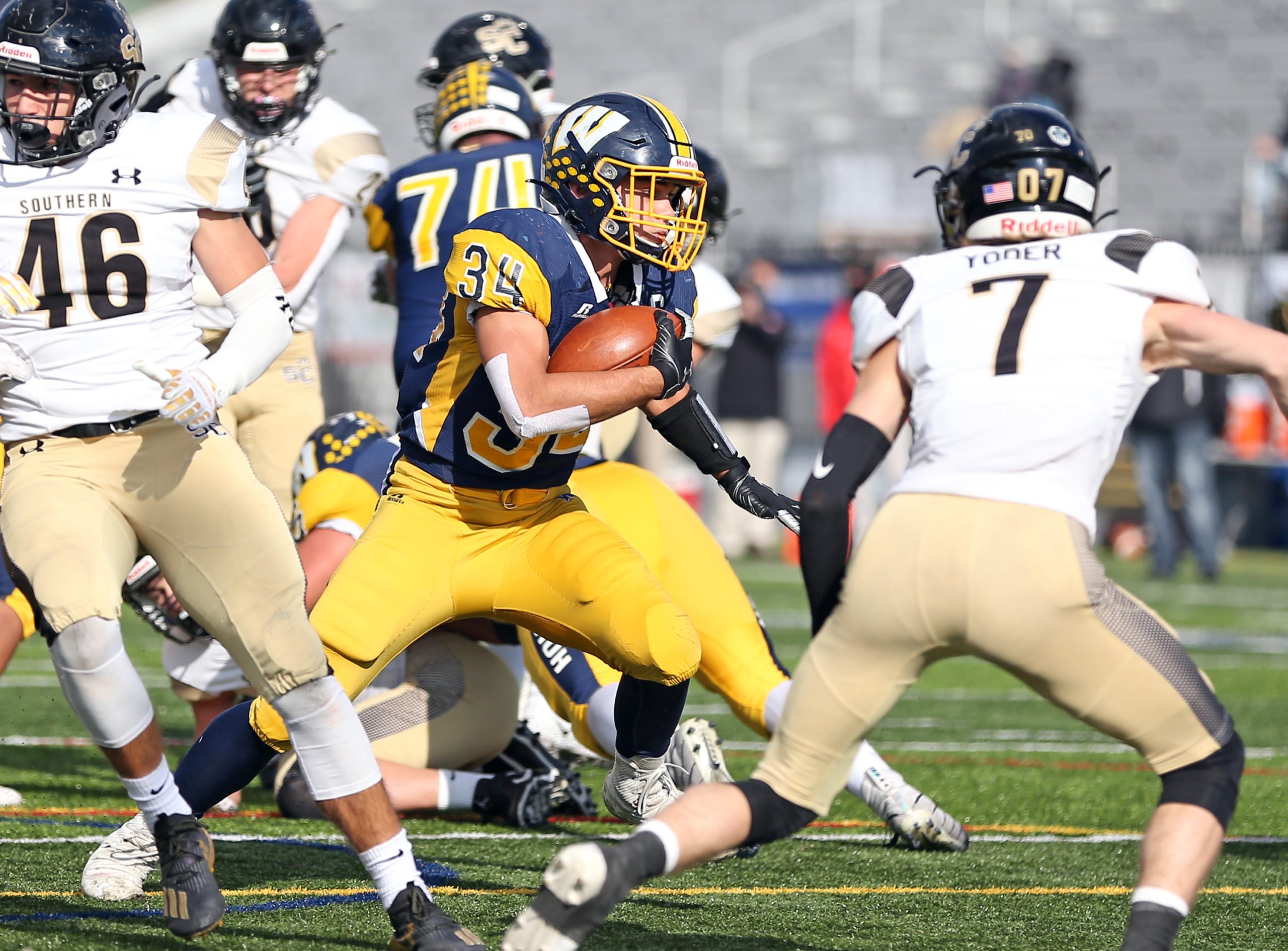 Darren Miller of Wilmington is one of the players on the South squad. Photo by Paul Burdick. Check out more of Burdick's work here

The North Team is being coached by North East head coach Shawn Humes, while the South Team is piloted by Greenville head coach Brian Herrick.

The North squad consists of the following players:

The South team consists of:

What a Ride: The 2020-21 Sports Season Took us All on a Ride for the Ages
North Tops South, 14-0, in D10 All-Star Football Showcase Game
This website or its third-party tools process personal data.In case of sale of your personal information, you may opt out by using the link Do not sell my personal information.
×
Manage consent