Swaim, Bedford too Much for Clearfield 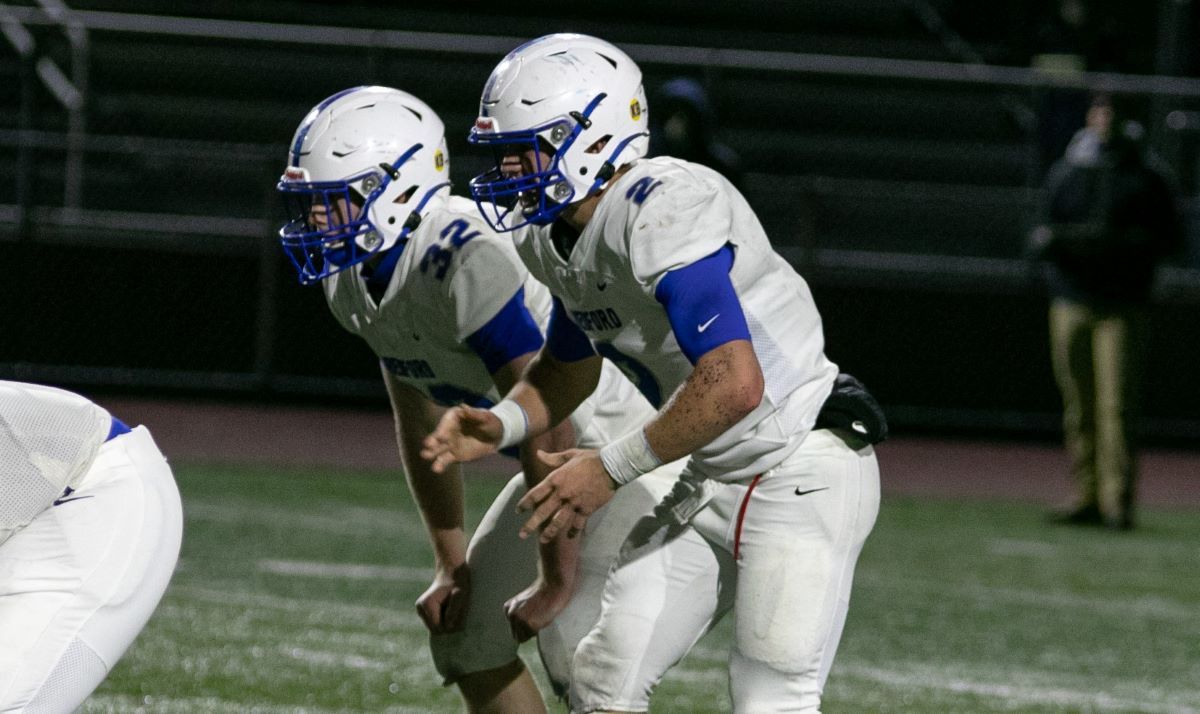 Mercury Swaim was a one-man show for Bedford in the Bisons win over Clearfield. (Photo by Jared Bakaysa of JB Graphics. See more of Bakaysa's work here)

HYDE, Pa. – In the battle of the Bison(s), it was the Bedford Bisons that came out on top with a 40-21 victory over the Clearfield Bison in the Class 3A Subregional matchup at the Bison Sports Complex in Clearfield Friday night.

Bedford was led by junior quarterback Mercury Swaim, who accounted for 343 yards and five touchdowns.

Swaim went 10 of 17 for 202 yards and three touchdowns with his favorite target being senior Steven Ressler, who hauled in five catches for 153 and all three receiving scores.

Along with the passing attack, Swaim used his legs to run for 141 yards on 19 carries and two touchdowns.

What looked like a game of defense, Bedford broke the ice with 40 seconds left in the first quarter with Swaim finding Ressler on a seam route to give the Bisons a 6-0 lead.

Clearfield responded with a drive that saw back-to-back fumbles, one by Mark McGonigal that gave Bedford the ball, which was then fumbled on the next play, giving the Bison the ball back at the 11-yard line.

Oliver Billotte gave the Bison a 7-6 lead with a 2-yard quarterback sneak with 9:02 left in the second quarter.

Less than a minute later, Bedford reclaimed the lead (12-6) with a 69-yard touchdown pass as Swaim found a wide-open Ressler for his second score of the game.

The Bisons also added another score right before halftime to make it 19-7 with a 10 yard Swaim rushing touchdown to cap off an 11 play, 86 yard drive.

Coming out of the half it looked like the momentum was on Clearfield’s side.

Ian Billotte picked off Swaim in the endzone to get the Bison the ball back down two scores.

However, a pair of misfortunes proved to be too much for Clearfield to overcome.

An Oliver Billotte fumble gave Bedford the ball back at the Clearfield 25 yard line and a targeting foul set up another 10-yard rushing touchdown for Swaim three plays later to make it 26-7.

“The (targeting) swayed the game,” Janocko said. “That kind of changed momentum. We had them stopped and we got called for targeting. I’m not making excuses, they’re a really good football team.”

The ensuing drive for Clearfield ended with a four-and-out and Bedford extended the lead to 33-7 when Swaim found Ressler once again for a 24-yard touchdown pass.

Clearfield continued to fight back as Billotte capped off an eight-play, 75-yard drive with a 1-yard touchdown run to cut the deficit to 33-14 early in the fourth quarter.

Swaim ran for his second and final touchdown on a 54-yard keeper to extend the Bisons lead to 40-14 with 5:34 left to play.

With 48 seconds left, Clearfield got one more score on the board to make it 40-21 with a 10-yard touchdown reception by Nate Natoli.

The Bison recovered the ensuing onside kick and made it down to the 2-yard line before a jump ball attempt for Jake Lezzer in the corner fell incomplete.

Billotte finished the game going 14-for-29 with 215 yards and one touchdown pass while rushing 21 times for 49 yards. Mark McGonigal ran for 49 yards on 11 carries and Karson Kline led the Bison receivers with five receptions for 97 yards.

Jake Lezzer was held to four receptions for 52 yards.

“We played hard all game,” Janocko said. “I thought we ran the ball effectively at times, but they’re a good football team. Congratulations to them.”