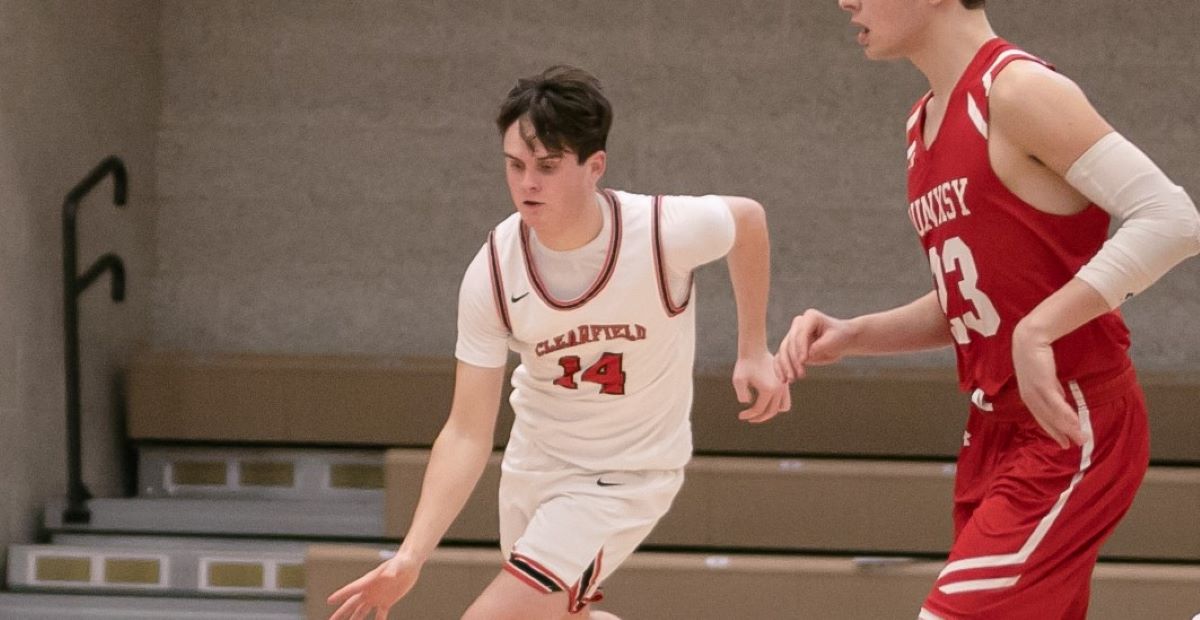 The Bison led 12-10 at the end of the first quarter but took a 23-11 halftime lead thanks to a pair of 3-pointers from Andon Greslick and a 3-pointer and five points from Braison Patrick.

The Eagles cut the deficit to five, 25-20, going to the fourth quarter, but Cole Miller made sure Clearfield stayed out in front.

JOHNSONBURG, Pa. – In a battle for second place in the AML North, Johnsonburg got defensive in a 47-25 win over visiting Sheffield.

The Rams led 21-14 at the half and then limited the Wolverines to 11 second-half points, including eight in the third quarter when Johnsonburg outscored Sheffield 18-8 behind six points from Aaron Myers and five from Luke Zimmerman.

RIDGWAY, Pa. – Points were hard to come by, but Ridgway scored nearly 30% of its points in overtime to beat visiting St. Marys, 27-22.

The game was tied at 19 points at the end of regulation after Ridgway “outscored” St. Marys 3-2 in the fourth quarter after the Elkers led 12-10 at halftime but trailed 17-16 at the end of the third quarter.

Overtime saw an offensive explosion from Ridgway which more than doubled its second-half output by scoring eight points.

St. Marys, on the other hand, struggled to find the bottom of the net in the extra session being limited to a Quinn Gavazzi 3-pointer.

Jack Benninger paced his team with nine points for Ridgway with Aaron Sorg and Alex Merritt each adding eight points.

Gavazzi, who hit three 3-pointers, led all scorers with 11 points for St. Marys with Tanner Fox chipping in eight points.

FLIINTON, Pa. – Parker Wood led a foursome of Curwensville platters in double digits with 15 points to lead the visiting Golden Tide to a 70-34 ICC North win over Glendale.