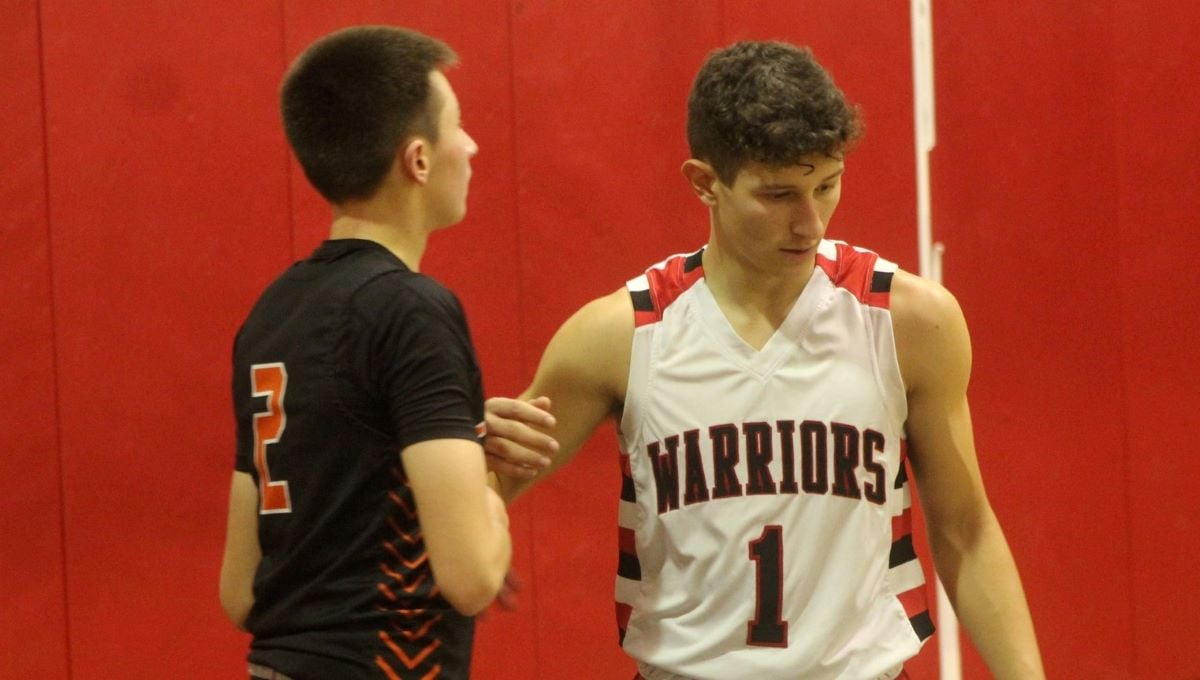 Chason Delarosa-Rugg had a game-high 20 points for Moniteau in its win over Union Saturday. Photo by Nathan Girvan

WEST SUNBURY, Pa. – A strong second half led by a 15-point fourth quarter helped Moniteau overcome a two-point halftime deficit on its way to a 63-54 win over visiting Union.

The Warriors trailed 33-31 at the break before taking a 48-46 lead at the end of the third quarter.

Then in the fourth quarter, Moniteau outscored the Golden Knights 15-8 led by seven points from Chason Delarosa-Rugg.

Delarosa-Rugg led all scorers with 20 points while David Martino added 14 for the Warriors. Moniteau also got eight points apiece from David Dessicino and Aydan Jackson.

Cook led the balanced Raiders with 14 points, Peterson added 13, and Pete chipped in 10.

OIL CITY, Pa. – Aaron Sorg led a foursome of Ridgway players in double figures with 21 points, as the Elkers went on the road and rolled past Venango Catholic, 67-22.

Jack Benninger added 15 points for Ridgway who also got a career-high 14 points from Hunter Becker and 11 from Alex Merritt.

Moses scored seven points, grabbed 14 rebounds, handed out 10 assists, and came away with four steals to lead the Lady Gators to victory.

In the win, Port Allegany also got nine points and five steals from Leigha Nelson, 11 points from Evin Stauffer, and eight tallies from Brynn Evens.

Kyra Daley added nine points in the win for the Indians.