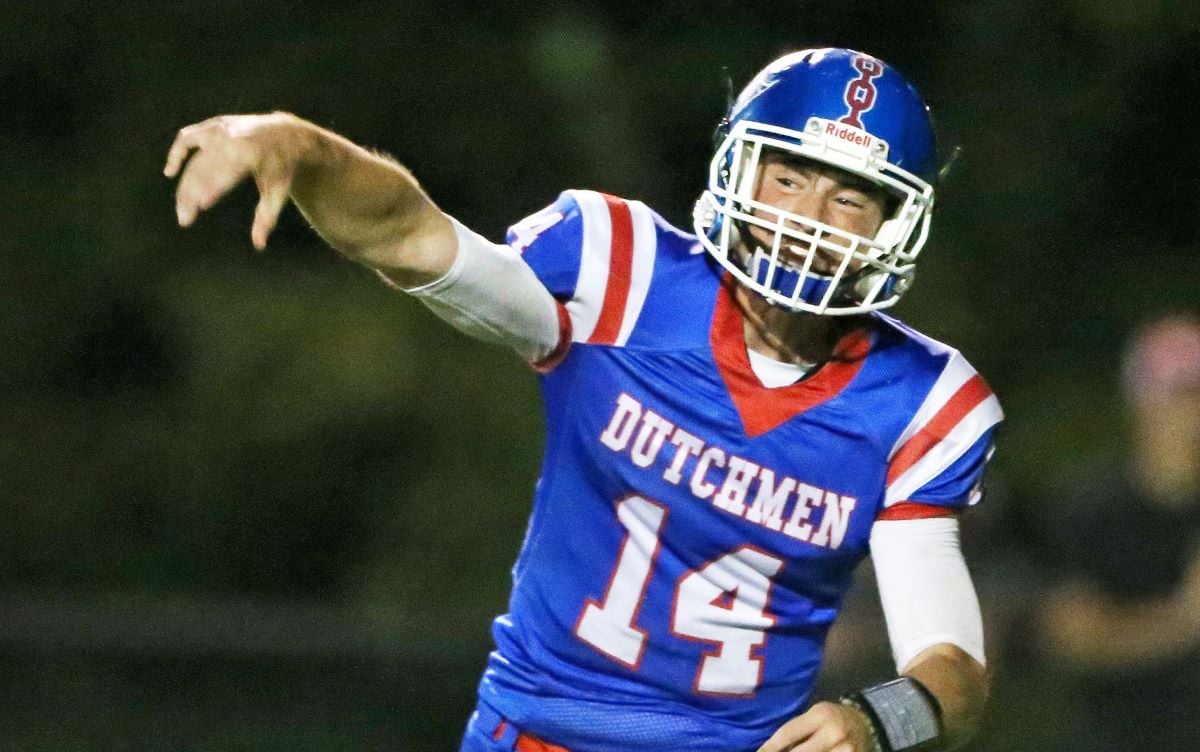 It is the first league title in a “normal” season for St. Marys since it won the Bucktail League with a perfect 5-0 league mark – 6-2-1 overall record – in 1984. The Dutch did win the IU9 Bubble Large School Division last year but that was in an abbreviated season that saw St. Marys play two of its opponents twice because of COVID-19 pandemic restrictions.

Christian Coudriet played a big role in the title-clinching victory Friday night running for a pair of touchdowns and throwing for two more.

All four of those touchdowns came in the second half to help the Dutch expand a 15-13 halftime lead into the rout.

The junior quarterback finished the night 16 of 23 passing for 257 yards while rushing two times for 11 yards.

Matthew Davis (21 yards) and Justin Dornisch (7 yards) scored the St. Marys’s touchdowns in the first half helping the Dutch to the slim halftime lead.

Dornisch’s touchdown run with 2:10 to play in the first half followed by Layton Ryan’s 2-point run gave St. Marys the halftime advantage.

Mosier had eight catches for 122 yards with Charlies Coudriet catching four passes for 70 yards and Carter Chadsey three for 57 yards.

Kane had the lead twice in the first half.

The Wolves (3-6, 3-6) went up 7-0 on a Harley Morris 4-yard run with just under four minutes left in the first quarter and then took a 13-7 lead on a 9-yard Morris to Landon Darr pass late in the second quarter.

Morris was 16 of 23 passing for 208 yards and two touchdowns – he also threw a 47-yard scoring pass to Darr in the third quarter – but also threw a pair of interceptions.

Ryan and Connor Straub had the interceptions for St. Marys.

St. Marys closes out the regular season at Tyrone next week before facing Clearfield the following week in the District 9 Class 3A title game.

Kane is at Port Allegany next week.