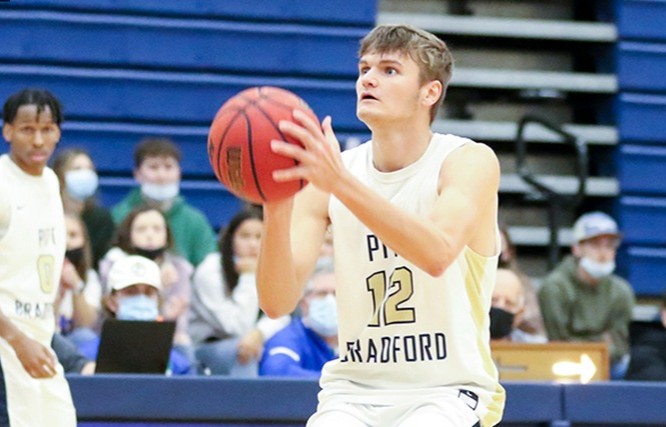 Schneider was nearly unstoppable for Pitt-Bradford last week as the shorthanded Panthers went 0-2. Schneider averaged 28.0 points and 13.0 rebounds per game as he played 78 of a possible 80 minutes for Pitt-Bradford. Schneider shot 56.4% from the field, including 36.4 from three, and went 8-for-11 from the line. He also added seven assists, two steals, and a block.

Cathedral Prep Grad Schmidt Named AMCC Men’s Swimmer of the Week for Behrend
Former Meadville Star Foster Nabs PSAC West Defensive Athlete of the Week Award for IUP
This website or its third-party tools process personal data.In case of sale of your personal information, you may opt out by using the link Do not sell my personal information.
×
Manage consent