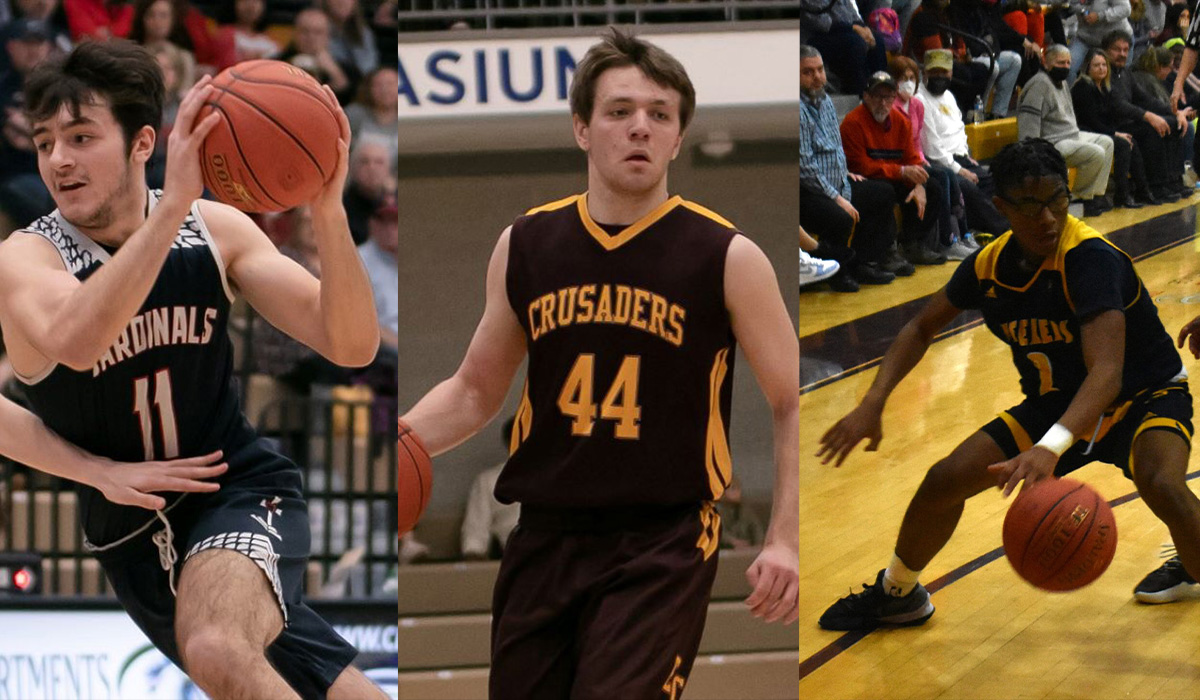 LANCASTER, Pa. – A pair of District 9 players and one from District 10 were selected to the PA Sports Writers All-State Boys Class 1A Basketball Teams, released at midnight Tuesday.

Srock was the D9and10Sports.com District 9 Player of the Year and led DCC to a second-place finish in D9 and the second round of the PIAA playoffs. He averaged a double-double with 19.5 points and 13.3 rebounds per game. Srock scored 20 or more points 16 times, including topping 30 twice with a career-high of 37 Feb. 7 vs. Huntingdon. He also recorded 22 double-doubles on the season.

Breindel was a D9and10Sports.com All-District 9 selection and led ECC to the D9 title and the PIAA semifinals this season. He averaged 12.7 points per game and shot 45.7 percent from the field. He had a career-high 28 points in the Crusaders’ PIAA second-round win over Farrell, then poured in 24 more in the overtime victory over Union (New Castle) in the quarterfinals.

Samuels was a D9and10Sports.com All-District 10 selection and led the Steelers to the D10 title and second round of the PIAA playoffs. Samuels averaged 14.5 points per game and scored 13 in Farrell’s D10 championship win. He dropped 21 in the PIAA first-round win over Geibel Catholic and had 19 in the second-round loss to ECC.

St. John Neumann Regional Academy junior Davion Hill was the Class 1A Player of the Year and Bishop Canevin’s Gino Palmosina was the Coach of the Year.

Led by DiNardo’s First-Team Selection, 12 Total D10 & D9 Players Named Girls’ All-State in Basketball
Kennedy Catholic Duo, Rocky Grove’s Clayton Earn All-State Honors in Class 2A Boys’ Basketball
This website or its third-party tools process personal data.In case of sale of your personal information, you may opt out by using the link Do not sell my personal information.
×
Manage consent