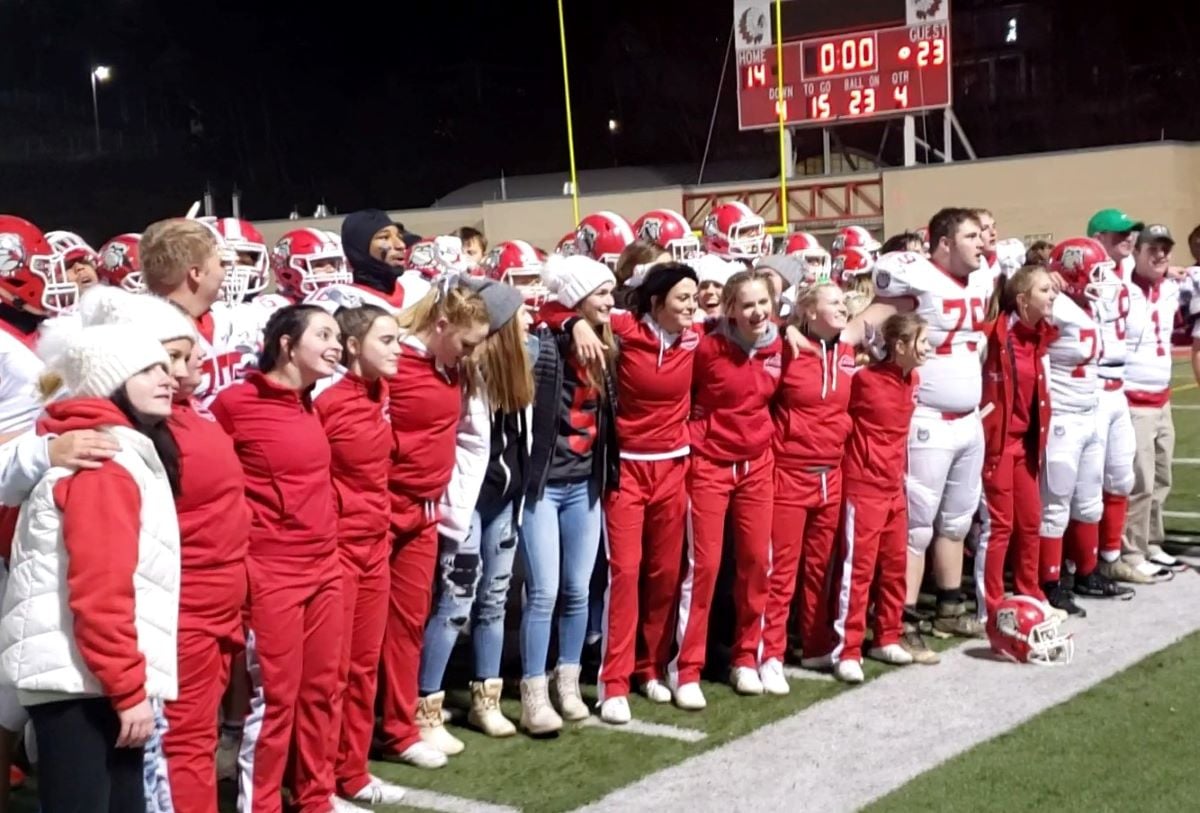 If you are reading this and you root for or follow teams from the WPIAL, District 10, or even District 6 you might not understand how big of a deal it was for Redbank Valley to beat Bishop Canevin, 23-14, in the PIAA Class 1A semifinals Friday night.

And that is understandable.

You see teams from your area play in PIAA championship games at a fairly regular rate.

How big of a deal?

Redbank Valley head coach Blane Gold said it best when he said that his team wasn’t just playing to represent itself but was playing for all of District 9 Friday night.

District 9 hadn’t made a PIAA championship game in football since the fall of 1992 when Smethport advanced with an upset win over Rochester.

Redbank Valley is only the third D9 team to ever advance to play in a PIAA championship football game joining that Hubbers’ squad and the 1989 Keystone Panthers.

This is special. There is no debating that.

Not just to New Bethlehem and the Redbank Valley School District and football team but to all of District 9.

This is their team right now – just look at the congratulations flowing in on social media from all over the District.

I am not sure what it is like in other areas of the state – well I do in the WPIAL because I grew up there and I can say it’s not the same – but one thing I have learned in my nearly 25 seasons of covering sports in District 9 is that District 9 rallies around District 9 in the PIAA playoffs no matter the sport.

And we have all been here before in football, in the semifinals since 1992 only to have hearts and dreams crushed.

District 9 just hasn’t been able to get over the hump and get to Hershey since 1992.

Friday night started out like so many of those other lopsided losses with the Bulldogs going down 14-0 early in the second quarter and it wasn’t that close with the Crusaders outgaining Redbank Valley 172 yards to 29.

But a funny thing on the way to a Bishop Canevin rout.

Redbank Valley switched its offensive game plan and went to a medium-range passing attack that got them within seven, 14-7, at halftime.

Even that looked like it was going to be the one positive on the night when the Crusaders drove to the Bulldog 11 on the first drive of the second half.

It was 98 yards into history.

It can believe it can win a state title in football, something it has never done.

It can believe it can get back to this point – something that District 9 probably did believe back in the early 1990s when two of the first five representatives from the western half of the state in Class 1A were D9 teams – but definitely hasn’t believed in a long time.

It can believe that tiny, rural Pennsylvania with its small-town values can contend with the big boys.

The Bulldogs hail from Redbank Valley but they may as well hail from District 9 because they truly will be the District 9 Bulldogs come Thursday afternoon.

Redbank Valley First District 9 Football Team to Reach PIAA Title Game Since 1992; Only Third Ever
Hershey, Here Come the Bulldogs
We use cookies on our website to give you the most relevant experience by remembering your preferences and repeat visits. By clicking “Accept All”, you consent to the use of ALL the cookies. However, you may visit "Cookie Settings" to provide a controlled consent.
Cookie SettingsAccept All
Manage consent