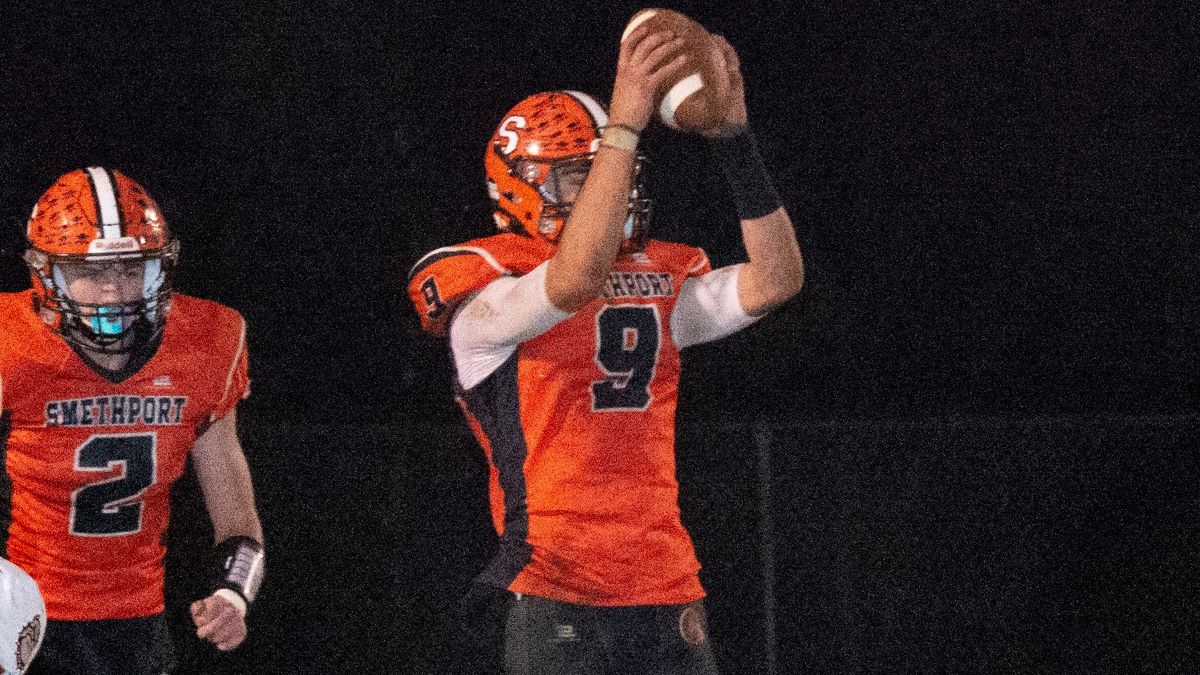 Noah Lent accounted for all four of Smethport's touchdowns - 3 on the ground, 1 through the air - as the Hubbers clinched the D9 League Small School North. Photo by Barb Davis

EMPORIUM, Pa. – Thanks to three rushing touchdowns and a throwing touchdown by Noah Lent, Smethport clinched the D9 League Small School Division North title with a 28-0 win at Cameron County.

The Hubbers (4-0 D9 League Small North, 6-1 overall) claim the title by virtue of their win over Port Allegany Sept. 10 even if they lose to rival Coudersport in two weeks because Port Allegany can finish with no fewer than one loss and everyone else in the division has at least two losses.

Lent ran 16 times for 157 yards and three touchdowns while going 2 of 7 passing for 32 yards and the score to help Smethport bounce back from its first loss of the season last week.

The senior quarterback scored on runs of nine, seven, and 20 yards in the first half to give the Hubberrs a 21-0 halftime lead then threw a 26-yard touchdown pass to Alex Ognen in the third quarter to close out the scoring. His first two touchdown runs came on fourth-and-goal plays, and his third touchdown was set by an interception by Aiden McKean.

Smethport’s defense did the rest limiting Cameron County (2-2, 4-2) to just 61 yards of total offense, including just 42 on the ground.

Coudersport Scores 24 Unanswered Fourth-Quarter Points to Stun Otto-Eldred
Oct. 9, 2021 Football: Sharpsville, Cochranton Earn Wins; Port Allegany, Erie Fall
This website or its third-party tools process personal data.In case of sale of your personal information, you may opt out by using the link Do not sell my personal information.
×
Manage consent