Slippery Rock, Thiel in First Place in Respective Divisions at NCA/NDA Collegiate Cheer and Dance Championship after Prelim Round 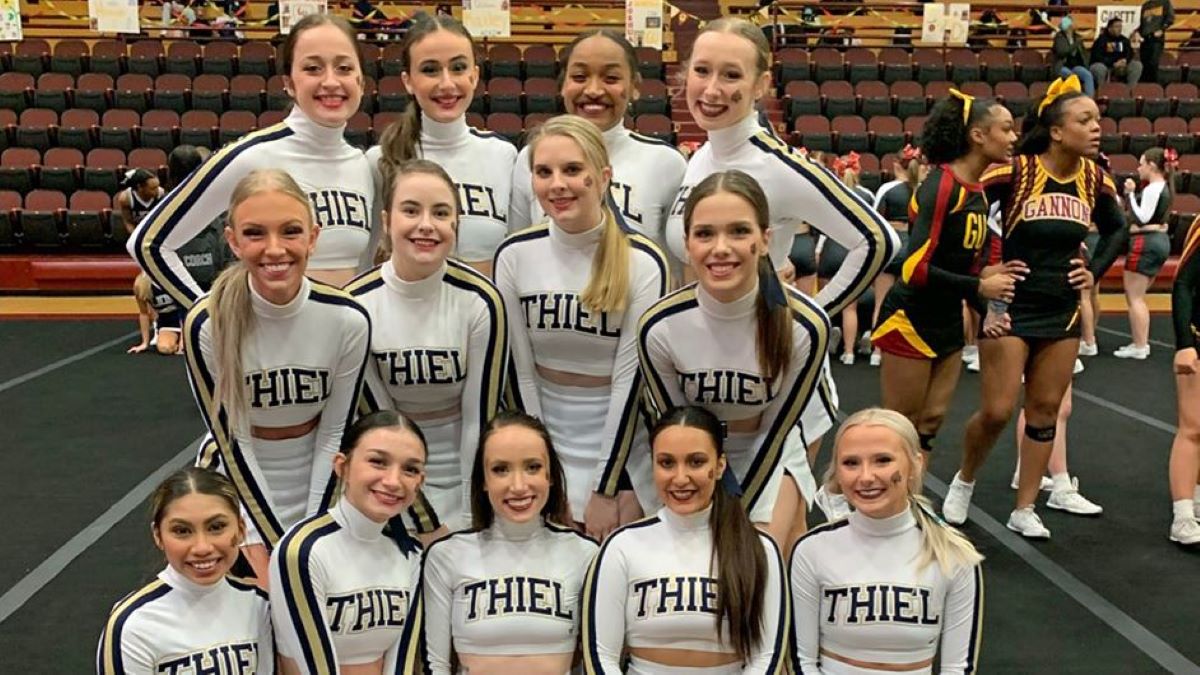 DAYTONA, Fla. – Slippery Rock and Thiel are in first place in their respective divisions at the NCA/NDA Collegiate Cheer and Dance Championship after preliminary-round action Thursday in Daytona, Fla..

Slippery Rock is in first place in the Intermediate All-Girl Division II with a “performance score” of 95.7037 just ahead of Dallas Baptist University (95.5926) in the Division II category. Gannon was sitting in sixth place with a score of 92.6481.

Thiel, meanwhile, was sitting in first place in the Spirit Rally Open Division with a score of 93.1 ahead of the other two competitors, Henderson State (92.95) and Central College (88.3).

While a full Slippery Rock roster is not available, Moniteau’s Amelia Thompson is one of the team members.

A Number of Local Athletes Competing at NCA/NDA College Nationals in Competitive Spirit
Pitt-Bradford Baseball Alumnus Boyer Signs Professional Contract with Toronto Blue Jays
This website or its third-party tools process personal data.In case of sale of your personal information, you may opt out by using the link Do not sell my personal information.
×
Manage consent