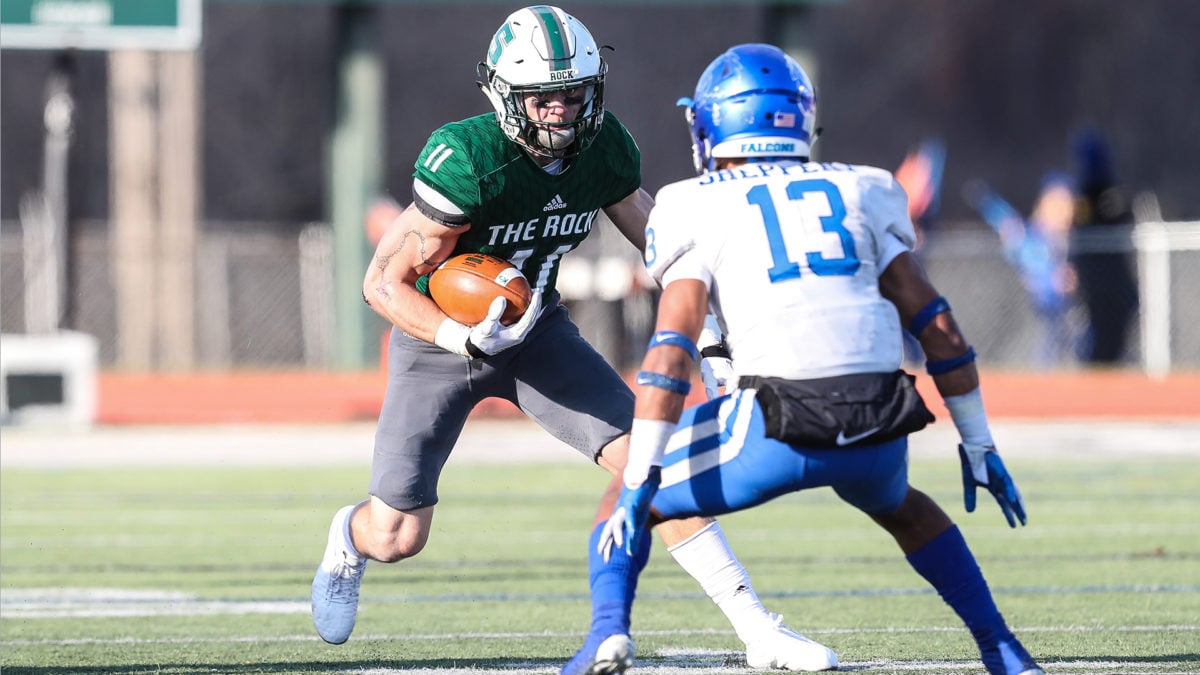 Litwin follows the footsteps of his former quarterback, Roland Rivers III, who became the first player in SRU history to win the Harlon Hill Trophy after he captured the most recent award following the 2019 season.

Litwin was an all-state receiver his senior year at CASH and helped lead the Eagles past Cathedral Prep for the District Class 3A title in 2014.

The Super Region One duo will be joined on the national ballot by West Florida quarterback Austin Reed, Bowie State running back Calil Wilkins, Nebraska-Kearney quarterback TJ Davis, Northwest Missouri State running back Al McKeller, Bemidji State quarterback Brandon Alt and Colorado School of Mines running back Michael Zeman. All eight of the finalists come from teams that made the NCAA Playoffs.

Litwin, who is the only receiver in the country to be named a national finalist, adds one more honor to a growing list of career accolades following a senior season in which he pulled down 67 catches for 1,042 yards and 13 touchdowns, despite playing with an injured collarbone all season and enduring a quarterback change mid-season.

Litwin’s career story is remarkable. He walked on at Slippery Rock for no scholarship money and didn’t even play offensive snaps during his redshirt freshman season in 2017. After working his way on to the field as a receiver in 2018, Litwin has gone on to shatter all of SRU’s major receiving records in just three seasons.

The winner of the 2021 Harlon Hill Trophy will be announced Friday, Dec. 17 and the winner will be honored at the Little Rock Touchdown Club awards banquet Jan. 13, 2022.

The Hill Trophy is named for the late Harlon Hill, a former University of North Alabama standout who went on to fame in the National Football League with the Chicago Bears in the 1950s.

Conneaut Alum Snider Earns All-Atlantic Region Volleyball Honors for Clarion University
Meadville Grad, Newly Minted 1,000-Point Scorer Foster Earns Second Straight PSAC Weekly Honor for IUP
We use cookies on our website to give you the most relevant experience by remembering your preferences and repeat visits. By clicking “Accept All”, you consent to the use of ALL the cookies. However, you may visit "Cookie Settings" to provide a controlled consent.
Cookie SettingsAccept All
Manage consent