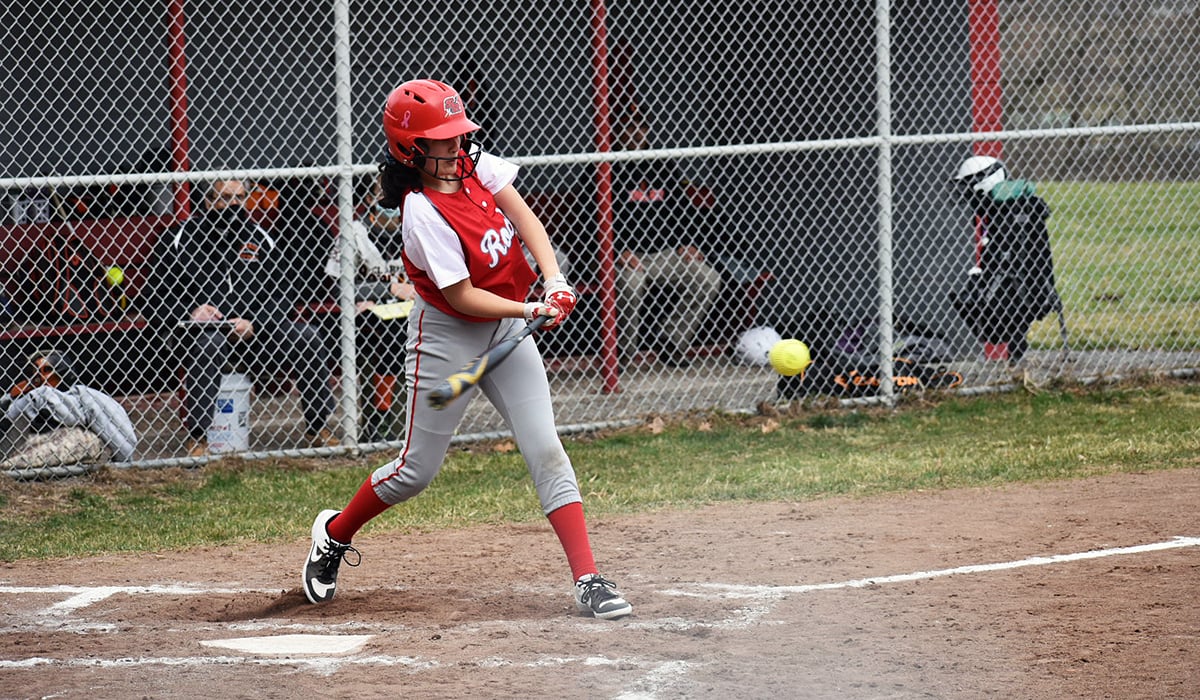 The Lady Cats scored two runs in the top of the seventh thanks to a pair of Lady Rockets errors to tie the game at 8-8. Mackenzie Hartley drew a leadoff walk to start the home half of the inning, then Clarion pitcher Payton Simko induced a pair of flyouts to set up the walk-off play.

Samantha Meredith and Paige Gresgott each had a pair of hits for Slippery Rock. Meredith tripled and Gresgott had an RBI. Andreas, Anna Greer and Dakota Burns each drove in a run as well. Gresgott allowed eight runs, one earned, on seven hits with six strikeouts and two walks.

Noel Anthony and Kylee Beers had two hits each for Clarion. Anthony had three RBI, while Beers drove in a pair. Beers allowed six runs, four earned, on seven hits with two strikeouts in four innings. Simko gave up three runs, none earned, on three hits and a walk in 2.2 innings.

SHARON 9, WEST MIDDLESEX 8
WEST MIDDLESEX, Pa. – Sharon scored three runs in the top of the seventh inning, then held off a West Middlesex rally in the bottom of the inning to come away with a 9-8 win.

The game was tied at 6-6 after six. Ella Connelly drew a one-out walk to get a runner on in the Tigers’ half of the seventh. Connelly advanced to second on a passed ball, then scored on Iresha Norris’ single. Norris went to second on a passed ball and advanced to third on Miranda Metro’s single. Norris and Metro came home when Ella Brown doubled to right.

The Big Reds tried to mount a two-out rally in the bottom of the inning. With Lilly Holt on first, Emily Dick singled to put runners on first and second. Kaiya Garrett’s 2-run double had the Reds down one, 9-8, with a runner in scoring position. Metro got Katy Briggs to ground out to end the game.

Norris, Brown and Metro each drove in a pair of runs for the Tigers. Metro allowed eight runs on 11 hits with five walks and five strikeouts.

Thompson struck out five and didn’t allow a walk through his seven innings of work. He also collected two hits, scored twice, drew a walk and drove in a run in the win. Eight Slippery Rock players registered an RBI. Alex Duffalo and Cameron Cygan each had a pair of hits for the Rockets.

SHARON 5, WEST MIDDLESEX 3
SHARON, Pa. – Sharon built a 5-run lead, then held on as West Middlesex mounted a seventh-inning rally to pick up a 5-3 victory Friday.

The Tigers scored a run in the first, then two more in each of the fourth and sixth innings to take a 5-0 lead into the seventh.

Tanner Schick drew a leadoff walk to start the seventh for the Big Reds. One out later, Julian Trott singled and Schick advanced to third to put runners on the corners. Eric Nehlen drove a ball over the left field wall to close the gap to 5-3. Richie Preston walked with two outs and Kyle Hurley singled to put the tying run on, but Preston was called out due to offensive interference on the play to end the game.

Jason Stanek had three hits, scored twice and drove in a pair for the Tigers. Dante Currie had a pair of hits and Mikey Rodrigues had three RBI. Cole Voytik picked up the win on the mound by allowing just one hit through 4.2 scoreless innings. He had two strikeouts and walked three.

Garrett Donaldson took the loss as he gave up three runs on six hits through four innings with three walks and two strikeouts.

The Gremlins scored a pair in the third, then three more in the fifth to open a 5-0 lead over the Wolves. Kane scored twice in the seventh but couldn’t get the tying run to the plate.

Cole Sherwin and Mallick Metcalfe each had two hits in the win. Metcalfe, Braeden Rodgers and Braden Grossman each had an RBI. Sherwin scattered two hits over five scoreless innings to pick up the win. He walked five and struck out five.