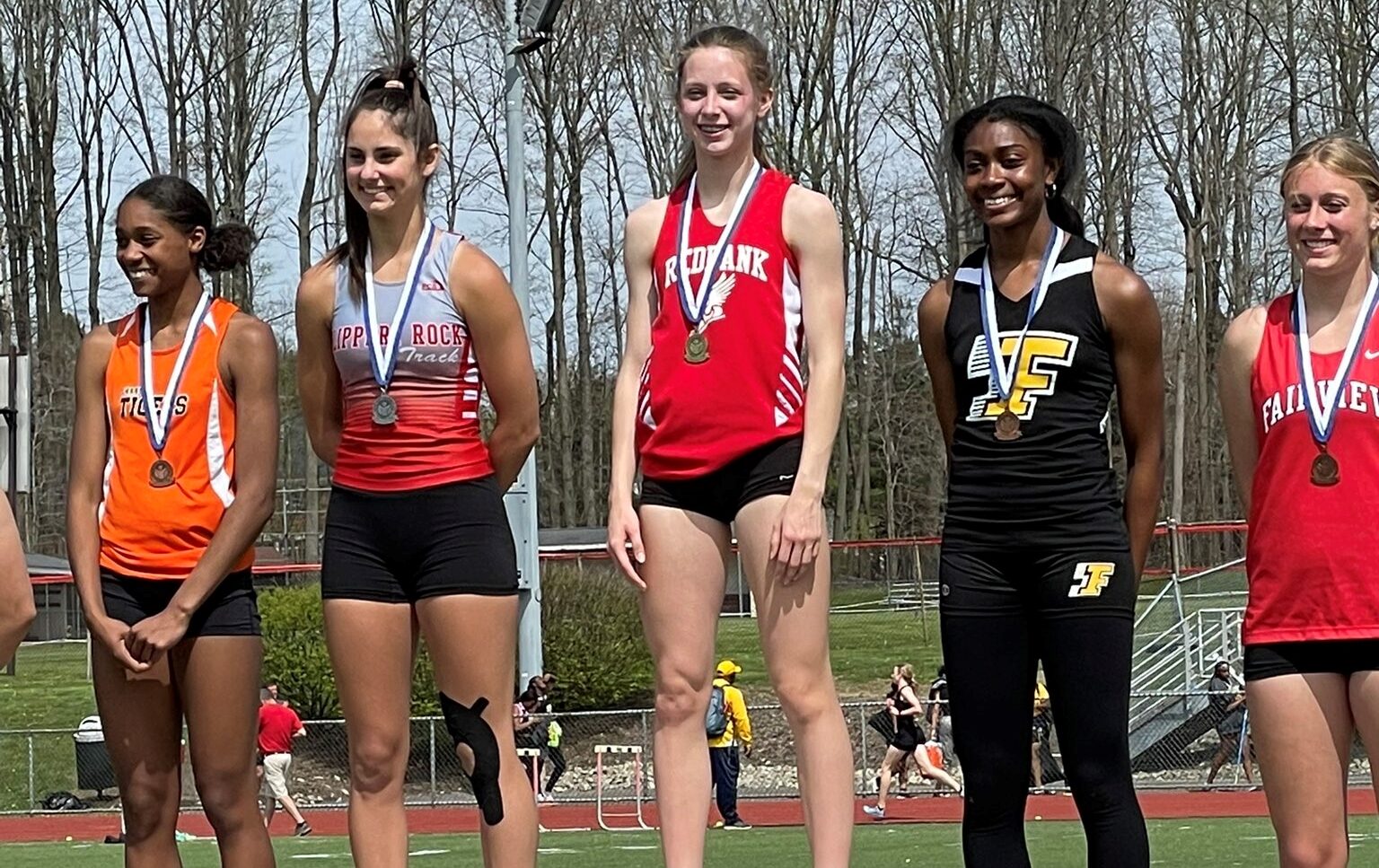 Redbank Valley's Mylee Harmon (center) broke the school record in the 20 and 400 at the City of Hermitage Invitational on Saturday. Photo Redbank Valley Track.

Seaton Wozniak took first in the shot and discus for the Slippery Rock boys to help lead them to the win.

The Hickory girls got individual wins from Jessica Miklos in the discus and Paige Griffith in the high jump.

Redbank Valley freshman Mylee Harmon also had a big day on the girls’ side, taking first in the 400 (1:00.24) and 200 (26.43), setting school records in both events. Also on the girls’ side, Wilmington’s Lindsey Martineau was first in the 100 hurdles and second in the 300 hurdles, while Grove City’s Abigail Steffler won the 1600 and was also on the winning 1600 relay team.

Fairview’s Jen Hunter also won the long jump and was on the winning 4×100 relay team.

Hickory’s Keenan Scullin was a multiple event winner on the boys’ side, taking first in the 100 and 200, as was teammate Thomas Hunyadi in the 1600 and 3200.

FRANKLIN, Pa. – A number of District 9 and District 10 athletes turned in strong showings at the Franklin Invitational.

The LeBoeuf girls finished with 156, while McDowell was second at 129. The Trojan boys finished with 149 points to 130 for Harbor Creek. Those were the only four teams to surpass 100 team points.

April 30, 2022 D9 Baseball: C-L Wins a Pair; Mullins Fires Gem for Curwensville; ECC/DCC Split
C-L Softball Rallies Past Cranberry in a Game that Ended Six Minutes After it Ended
This website or its third-party tools process personal data.In case of sale of your personal information, you may opt out by using the link Do not sell my personal information.
×
Manage consent