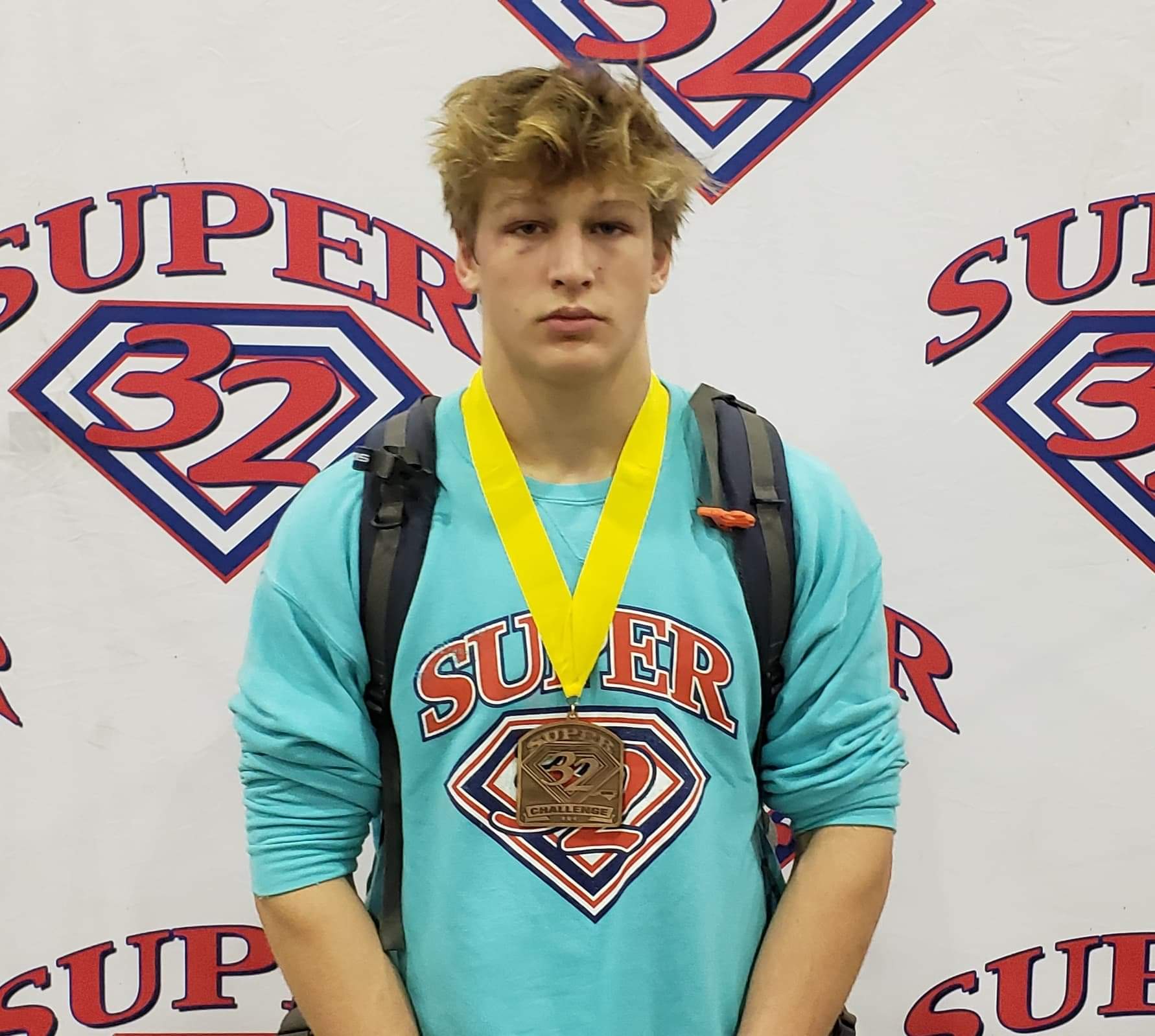 Finch’s tournament started with a pair of pins, including one against Aiden Warren, who is ranked third in the state of Indiana and a Fargo Cadet All-American.

Finch then majored Joey Braunfels, 11-2, an Illinois state champion who beat hom by two in a tournament in Kansas City three weeks ago.

Finch suffered his first loss to Seth Shumate (Ohio), 9-5. Shumate is the No.2 ranked wrestler in the country in his weight class

Finch then rattled off three state wins, starting with Dedrick Marshall (Florida) to break into the medal round. Marshall is ranked No. 4 in Florida.

Finch fell in the third/fourth place match to cap his tournament against Martin Cosgrove.

Brookville”s Nathan Taylor, one of three Raiders in the event, advanced to the quarterfinals at 285 before losing back-to-back matches.