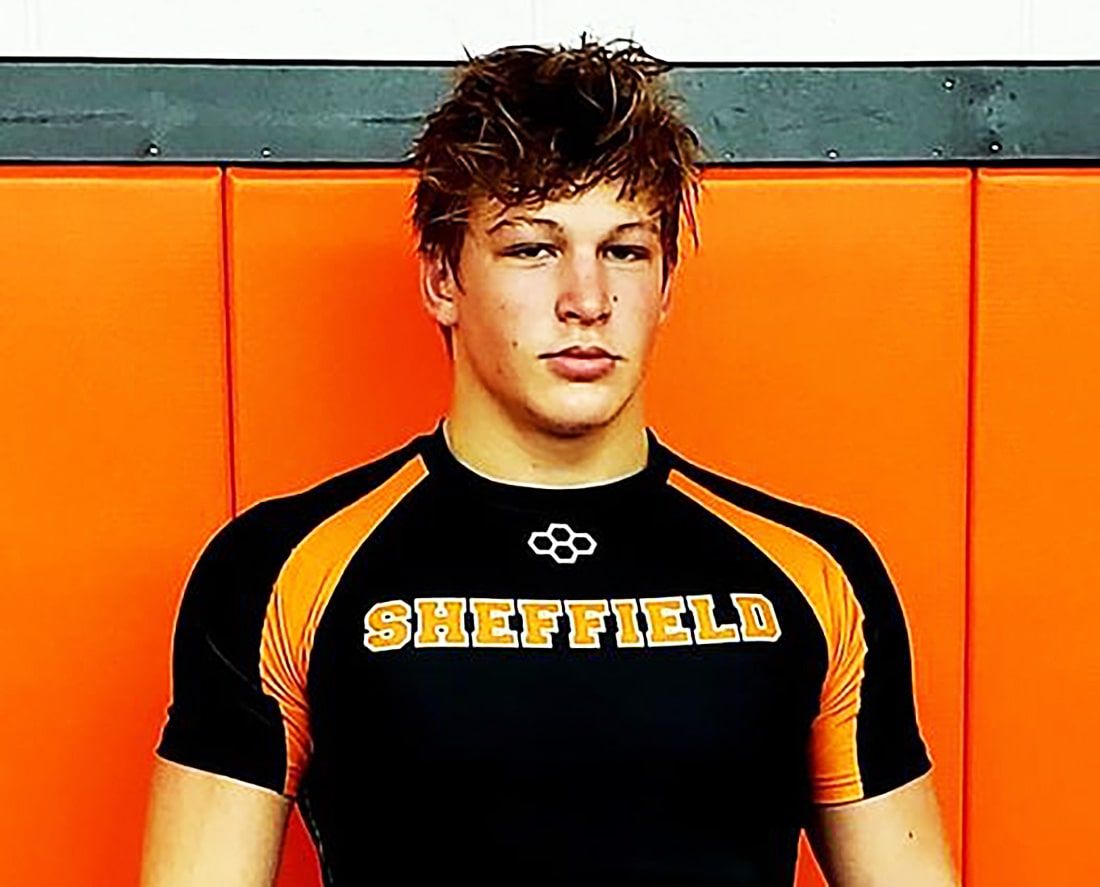 SHEFFIELD, Pa. – Earning one of the top four spots at a prestigious national tournament is a good way to turn some heads. Doing so in a loaded bracket with multiple state champions and a pair of wrestlers ranked in the Top-10 nationally is a sure fire way to grab people’s attention.

(Photo courtesy Jared Finch. Sheffield’s Ethan Finch, fresh off a fourth place finish at the Super 32 Tournament, has earned his way into the Top-20 national rakings on both Rokfin and FloWrestling.)

Sheffield’s Ethan Finch did just that at the Super 32 Tournament in Myrtle Beach, South Carolina last weekend. His performance there, as well as his work throughout the summer and fall, has now earned him a spot in the national rankings on both the Rokfin and FloWrestling Top-20.

Finch earned victories over the Illinois, Washington and New Hampshire state champions, as well as wins over Aiden Warren (Fargo Cadet All-American and No. 3 wrestler in Indiana) and Dedrick Marshall (No. 4 wrestler in Florida). His two losses were to Ohio’s Seth Shumate (No. 2 nationally) and New Jersey’s Martin Cosgrove (No. 9 nationally).