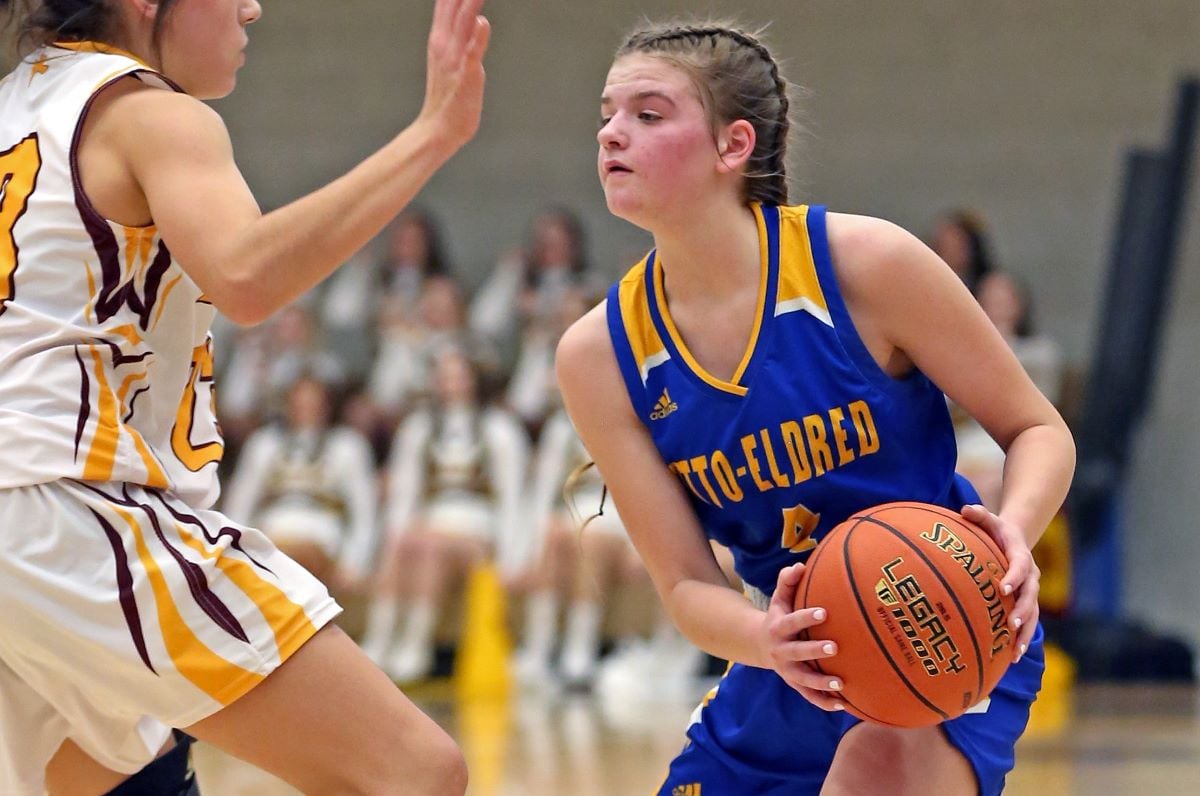 Katie Sheeler had 28 points for Otto-Eldred Monday in a win over Coudersport. Photo by Paul Burdick. Check out more of Burdick's work here

DUKE CENTER, Pa. – In a matchup of two of the top teams in the NTL, Otto-Eldred took home a 55-33 win over visiting Coudersport.

Enty led the Green Wave with 14 points with Manning adding 11.

ULYSSES, Pa. – Haylee Chapman had 14 points and five steals to help Northern Potter to a 44-16 home NTL victory over Galeton.

Cayleigh Walker added 16 points for the Lady Bison who also got eight tallies apiece from Mia Helsel and Riley Ryen.

FOXBURG, Pa. – Visiting Keystone got 14 points from Natalie Bowser on its way to a 48-24 win over A-C Valley.

Brooklyn Taylor added 12 points for the Lady Gremlins with Savanna Prescott chipping in with eight points.

The game was tied at 49 at the end of regulation and at 51 with under a minute to go in overtime when Minyhah Easterling hit one of two charity shots with 25.5 seconds to play to give Glendale the lead.

Alyssa Sinclair then came up with a steal and a breakaway layup with 10.7 seconds left to make it a 3-point game.

DCC thought it was going to have a chance to tie the game when Kayley Risser was fouled shooting what looked like a 3-pointer. But the official who made the foul call consulted with the official at center court and determined it was a 2-point shot. Risser missed both free throws, and the rebound was loose when the official blew the whistle inadvertently, and Glendale was awarded the ball out of bounds.

Easterling had a game-high 29 points for Glendale with Sinclair adding 11 points.

Watch Live: DuBois at Brookville Boys’ Basketball
Road Queens: Visiting Teams Go 7-for-8 in D10 Girls’ Hoops
This website or its third-party tools process personal data.In case of sale of your personal information, you may opt out by using the link Do not sell my personal information.
×
Manage consent