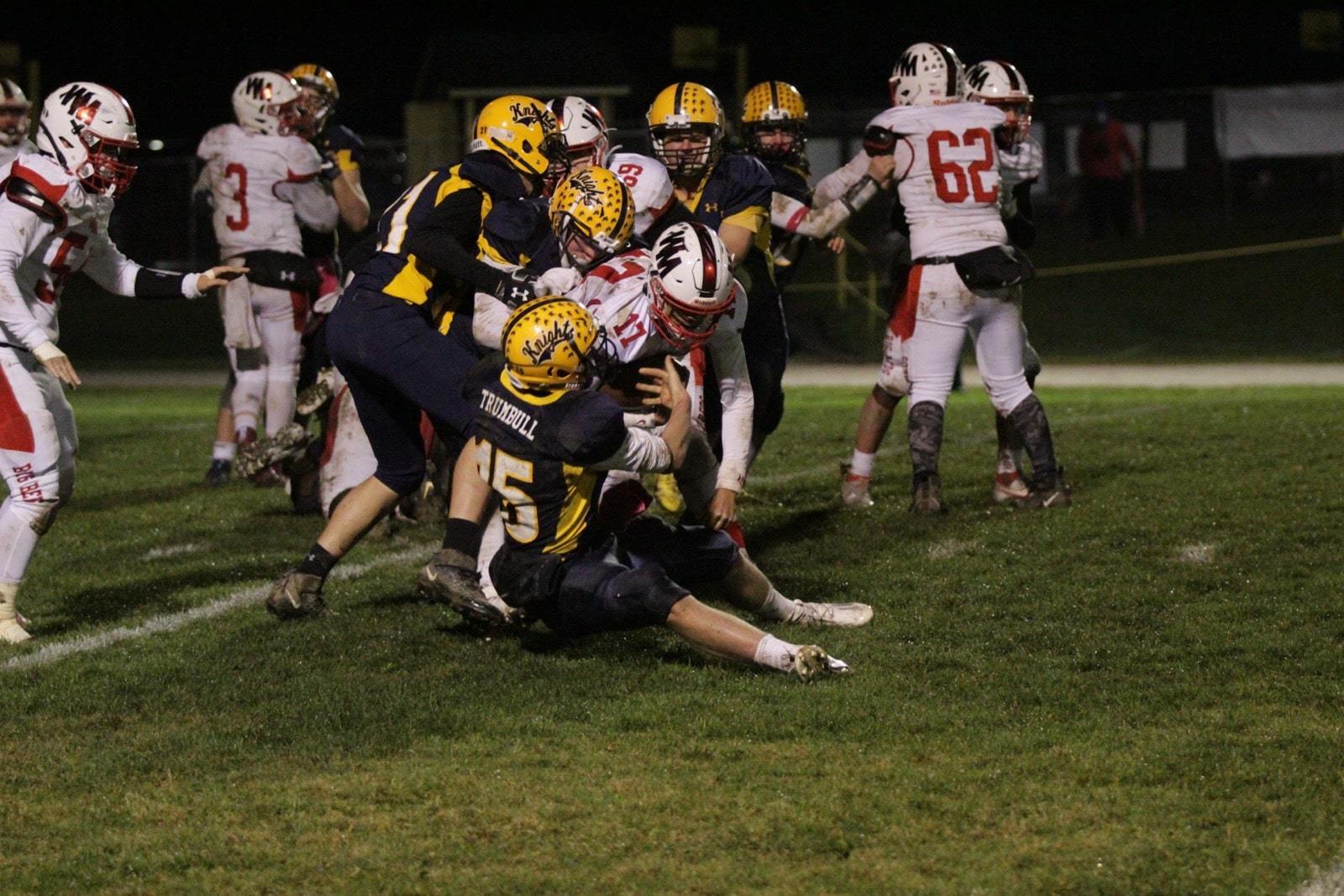 SHARPSVILLE, Pa. – Sharpsville and West Middlesex have reached a tentative agreement to co-op in football beginning this fall.

The co-op will be hosted by Sharpsville, as West Middlesex has been dealing with low numbers throughout the spring and summer months.

The co-op still must be approved by each school board, the PIAA and District 10.

“Our friends and neighbors residing in the West Middlesex Area School District have found themselves in a precarious situation in which participation has reached critical levels,” Sharpsville athletic director Jared Grandy said in an official statement released early Thursday afternoon. “Additionally, current registration within our own junior high program is not sufficient for competition and early predictions of future varsity participation appear to trend in further decline. As a result, and in full transparency to the greater Blue Devil community, I announce a tentative cooperative agreement in the sport of football beginning in the 2021-2022 season.

“While I understand an announcement of this magnitude can be earth-shattering to many community members, it is undoubtedly the most appropriate decision to assure longevity of our history-rich program.”

If approved by the respective school districts, the co-op agreement will be presented to District 10 and the PIAA for final approval.

“In closing, I would like to offer my sincerest gratitude to Coach Paul Piccirilli, his staff and the administration of both Sharpsville and West Middlesex Area School Districts for their tireless effort and flexibility in making this partnership a possibility,” Grandy said in the release.

The full release can be seen here.

Official statement from the district regarding our co-op with WM for football this upcoming fall: pic.twitter.com/B5EZZFXKyp

The Blue Devils would also be ineligible for the playoffs this season based on the PIAA’s new co-op rule.

District 10 Team Playoff Tournaments to Remain Seeded, by Invitation Only
Excitement Abound at District 9 Football League Media Day
We use cookies on our website to give you the most relevant experience by remembering your preferences and repeat visits. By clicking “Accept All”, you consent to the use of ALL the cookies. However, you may visit "Cookie Settings" to provide a controlled consent.
Cookie SettingsAccept All
Manage consent