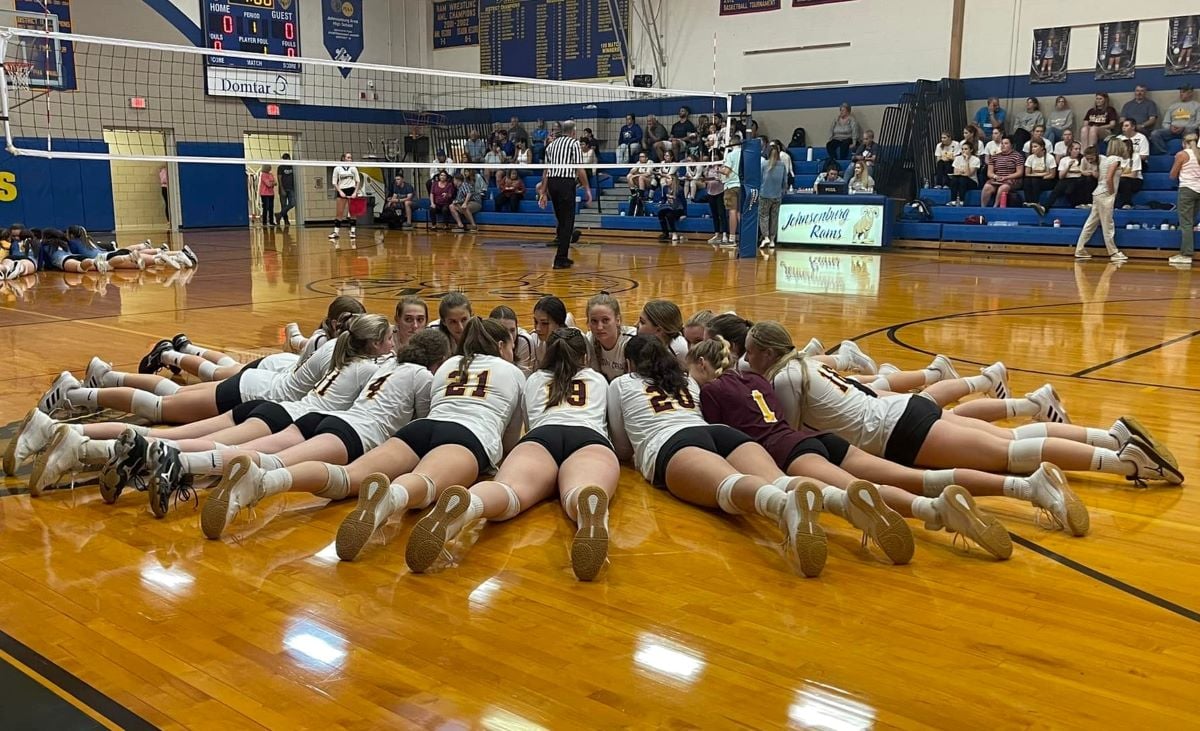 Kiri Emmert ran the offense for ECC with 24 set assists.

Avery Ollinger added eight kills and 10 digs in the win with Oliva Kulyk chipping in five kills and nine digs.

Mya Fuller added seven digs and three aces for the Lakers who also got four aces from Lexi DiFuccia.

Julia Seth ran the offense for Mercyhurst Prep with 22 set assists and completed a double-double with 15 digs.

Madilyn Enterline led the Muskies with six kills while adding 17 digs and two blocks. Josie Pfaff, Morgan Bercis, and Taylor Keener each added four kills with Keener helping to run the offense with 12 set assists. Morgan Bercis played well at the net on defense with four blocks and added nine digs, and Pfaff had two blocks and five digs.

Paige Wingerter ran the offense for the Tigers with 19 set assists, and Julia Weindaff had 10 digs.

Makayla Presser-Palmer had seven kills and six blocks for Northwestern.

Ellie Kellick chipped in six kills and Kendall Mealy had six kills, seven digs, and four aces for the Bulldogs.

Elliott Schleicher ran the offense for Meadville with 22 set assists.

Brooklyn Pierce had two digs and an ace for Curwensville with Jorja Fleming added one kill and a digs, and Savannah Carfley added two set assists.

HICKORY, Pa. Sharpsville picked up a 3-1 road win over Hickory.

Jayna Johnson ran the Kane offense with 19 set assists and added an ace.

Leah Exley led the Lady Panthers with six kills while adding 15 digs and two aces and Kennedy Kaye had a team-best 21 digs and served three aces.

Kadence Steffan ran the offense for the Lady Wolverines with 15 set assists.