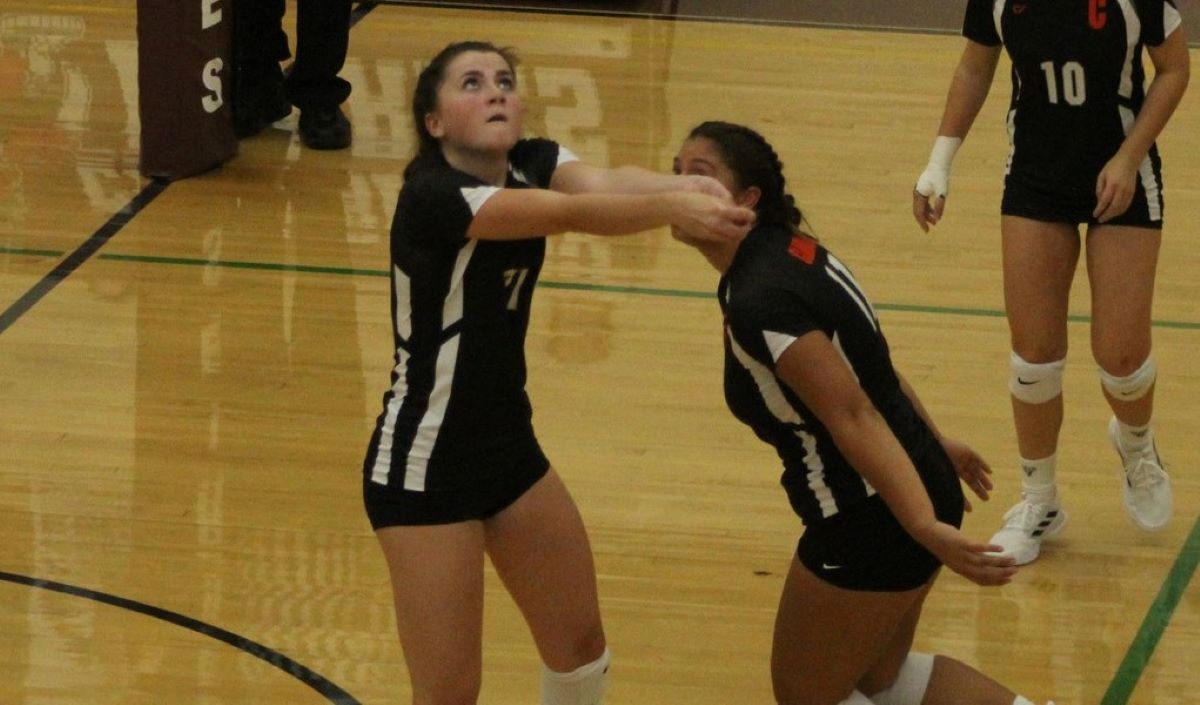 Clarion, which has also won 57 in a row vs. D9 opponents dating back to a loss to Otto-Eldred in the 2017 semifinals and 119 straight sets against D9 opponents (A-C Valey took the second set (26-24) on Sept. 24, 2019, got off to slow starts in all three sets, including 11-4 in the first set but rallied in all three to secure victories.

Taylor Alston, who was named the Allegheny Grille of Foxburg, was strong in multiple facets for the Lady Cats recording seven kills, three aces, three digs, and 11 set assists.

She talked about the win

Aryana Girvan led the Clarion offense with 10 kills while adding three aces and four digs with Grace Ochs serving five aces, including four in the third set, to go with a team-best 15 set assists. Hadlee Campbell and Adia Needham each added four kills, and Bri Pierce had eight digs.

It was the 48th straight KSAC win for Clarion.

Leah Exley and Karley Callander each had eight kills and four aces for the Lady Panthers with Kennedy Kaye leading the defense with 31 digs.

HARBOR CREEK, Pa. – Sam Zank and Liz Gunther each had seven kills to help Harbor Creek to a win over visiting Fairview.

Talon King added 10 assists for the Huskie while Elise Benim had seven digs.

Caitlin Stephens ran the offense for the Big Red with 18 set assists while adding six aces, and Avery Hannah had five digs.

Pasternak also added five aces in the win, while Gabby Gulvas had a team-best 14 digs.

Emily Snyder ran the offense for the Lady Beavers with 21 set assists.

Newton had 17 kills in the win.

Reagan Bauer and Maddie Bierley each contributed five kills in the win, Lucy Klawuhn had four aces, and Kiri Emmert ran the offense with 27 set assists.

Maplewood had 24 aces in the win.

Emma Elensky chipped in five kills for the Lady Cardinals who also got eight aces from Marina Hanes and six aces from Melia Mitskavich.

Summer Lucks had 10 digs in the win, and Lindsay Madigan ran the offense with 21 set assists.

Mook had a double-double with 16 kills and 12 digs while adding four aces.

Gabby LaJeunesse paced the Knights’ defense with 18 digs, and Sydney May ran the offense with 25 set assists.

C-L, which lost setter Kendall Dunn to an injury early in the match, got eight kills from Jenna Dunn, seven from Ansley Burke, and six from Sarah Bottaro.

Kaylee Smith ran the offense after Kendall Dunn left with 18 set assists. Dunn had five set assists before the injury.

Annie Loposky had a strong all-around match for the Raiders with 10 set assists, four kills, three digs, and a block with Addie Floch adding five aces, a kill, and a dig.

Alyssa Arblaster added 11 kills for the Panthers with Camryn Trzeciak leading the defense with 18 digs and Rylie Braymer adding 15 digs.

Lindsey Greco ran the offense for Saegertown with 35 set assists.

Addica Sperry had 22 kills and 16 digs for Mercyhurst Prep with Julia Seth running the Lakers offense with 32 set assists while adding six digs.

Kadence Steffan ran the offense for the Lady Wolverines with 14 set assists.

Victoria Byler added five kills for the Tigers who also got 11 set assists and five aces from Kylie Weirick and eight set assists from Emmalie Yobe.

Sept. 6, 2022 D9/10 Soccer: Mercyhurst Prep, Slippery Rock Boys, Kane, Clearfield, Mercer Girls Get Wins
Sept. 7, 2022 Volleyball and Soccer Schedule
This website or its third-party tools process personal data.In case of sale of your personal information, you may opt out by using the link Do not sell my personal information.
×
Manage consent