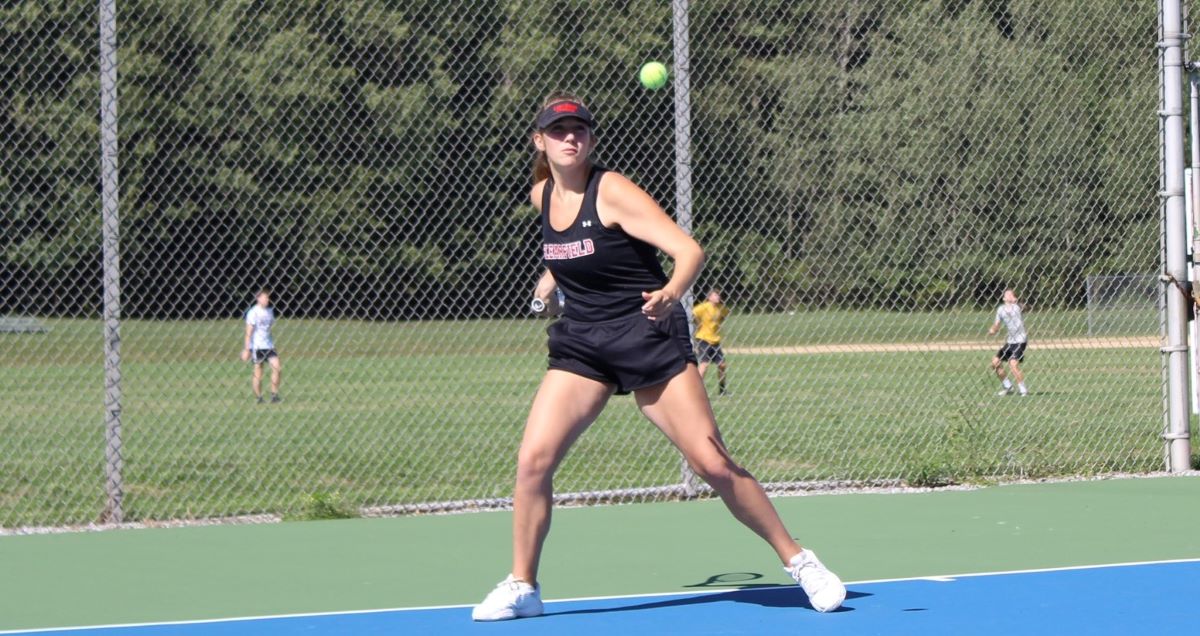 The Lady Bison won the No. 2 through No. 4 singles with victories from Lindsey Kerlin, Ally Gaines, and Peyton Reese.

Clearfield also won the No. 1 doubles with Kerlin teaming with Kylie VanTassel to knock off Selena Buttery and Morgan Pirow, 8-4.

Buttery had the lone singles win for Brockway at No. 1 beating VanTassel, while Taylor Rhed and Hannah Zuccolotto won at No. 2 doubles and Maci Dixon and Emily Machalski won a 10-8 tiebreaker in No. 3 doubles.

BROOKVILLE, Pa. – Luke Roach shot a 44 and Alex Lansberry a 49 to lead Clearfield past Brookville, 193-198, in boys’ golf action Friday at Pinecrest Country Club in Brookville.

Matt Pallo and Ryan Gearhart each added 50s for the Bison.

Brookville had three golfers shoot in the 40s led by a 47 from Ian Pete. Killian Radel fired a 49 and Owen Caylor a 49 for the Raiders.

RENO, Pa. – Tyler Durstine shot an 87 to lead Titusville to a tri-match win over Franklin and Oil City at Wanango Country Club in Reno Friday.

Derek Beach added a 90, Tyler Van Epps a 92 and Kasen Neely a 94 for Titusville.

Charlie Motter led Oil City with a 92, while Aiden McCracken shot a 97 for Franklin.

Sept. 4 In Between The Lines With D9and10sports.com – Fans Allowed
Sept. 5, 2020 Tennis Scores
This website or its third-party tools process personal data.In case of sale of your personal information, you may opt out by using the link Do not sell my personal information.
×
Manage consent