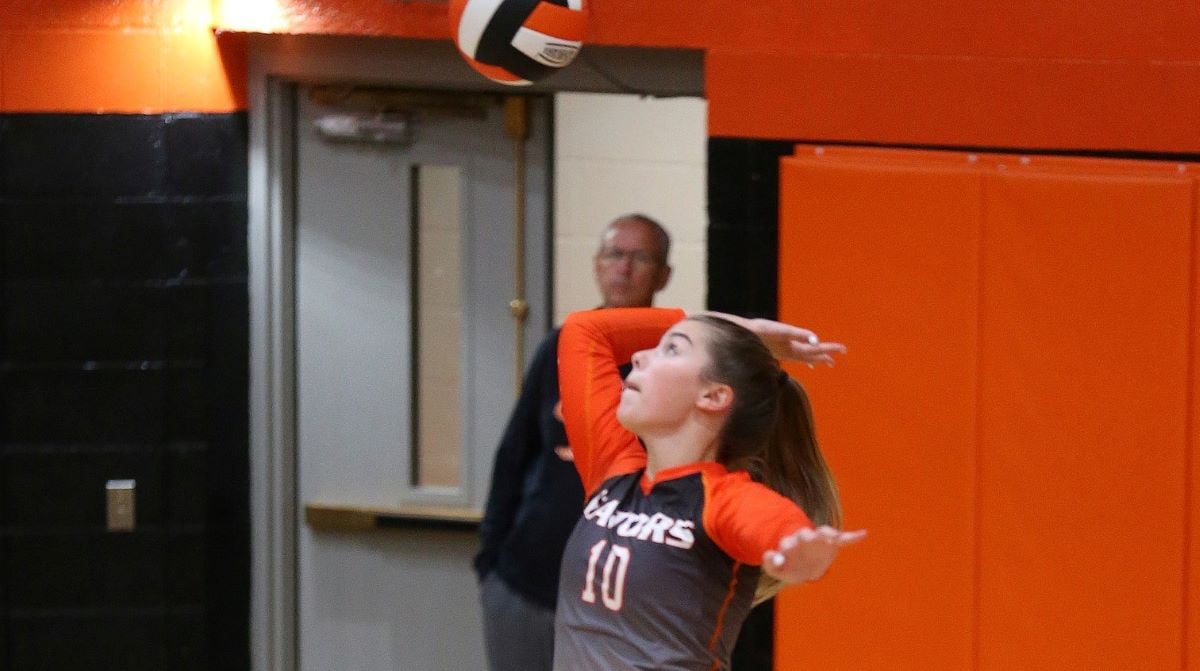 The Tigers had at least 14 aces in the match, with Varndell serving seven in the second set alone during a 16-0 Maplewood run.

Varndell also ran the offense with 23 assists and was named the Allegheny Grille of Foxburg Player of the Match.

McKenna Crawford had four aces to go along with 11 digs.

Sadie Thomas led the Tigers’ attack with 11 kills, while Elizabeth Hunter and Megan Woge had four kills each.

Halle Albers added six kills and 10 digs and Makenna Moore had five kills and 16 digs for the Beavers.

Allison Sawyer and Sadye Dyne also added five kills each in the win.

Katie Sheeler added 12 kills and six digs for the Lady Terrors with Brooke Close getting 14 digs and serving two aces.

Anna Merry ran the offense for Otto-Eldred with 30 set assists and added 10 digs.

Madilyn Enterline added six kills and 17 digs for the Muskies who also got three kills, two digs, and a block from Hannah Hart.

Also for Jamestown, Madison Bercis chipped in seven digs in the win, while Taylor Keener had 11 set assists and three digs.

Praylan Perkins had 10 kills, 11 digs, and a block for the Green Wave with Avaree Kellert chipped in eight kills and 11 digs.

Aubree Lorenzo had three kills and an ace to lead Cameron County.

Cathryn Reynolds added eight kills and nine digs for the Bears who also got nine digs from Lilly Vincent.

Abby King ran the offense for Johnsonburg with 22 set assists and added two aces, and Maria Casilio had five digs and two aces.

DCC volleyball is brought to you by Pizza Hut in DuBois.

Also on defense, Emily Wismer chipped in 11 digs and Rachel LeSuer 12 for the Lancers with both players recording three aces apiece.

Marissa Hillyer added five kills, four digs, and an ace for the Raiders who also got six kills, three digs, and three aces from Addie Floch and six kills, 11 digs, four aces, an assist, and a block from Rylee Gearhart.

Kendall Case and Addison Carter each had three kills in the win with Lydia Sarnoski adding four blocks and Maddie Dougherty six digs. Kalie Dixon ran the offense for the Lady Owls with 10 set assists.

Addica Sperry had 14 kills and 14 digs for Mercyhurst Prep with Lexi Difuccia adding 11 kills and six digs. Olivia Kulyk also recorded 10 kills and 12 digs with Avery Ollinger getting to 21 digs.

Julia Seth ran the offense for the Lakers with 34 set assists and chipped in eight digs.

Payten Karastury ran the offense for Conneaut with 31 set assists while adding five digs, and Paris Karastury had seven digs.

Kennedy Kaye and Cameron Peters also had strong matches on defense for the Lady Panthers with 21 digs and 16 digs respectively.

Mackenzie Karnes added 14 digs and two blocks for the Berries, while Ashlynn Collins ran the offense with 15 set assists and chipped in four digs.

Raeley Gargano helped run the offense for the Hornets with 13 set assists.

Jorja Fleming had four kills and two digs for Curwensville with Lizzy Palmer adding three kills, an ace, and a block. Savannah Carfley had six set assists and Alissa Gallaher six digs for the Lady Tide.