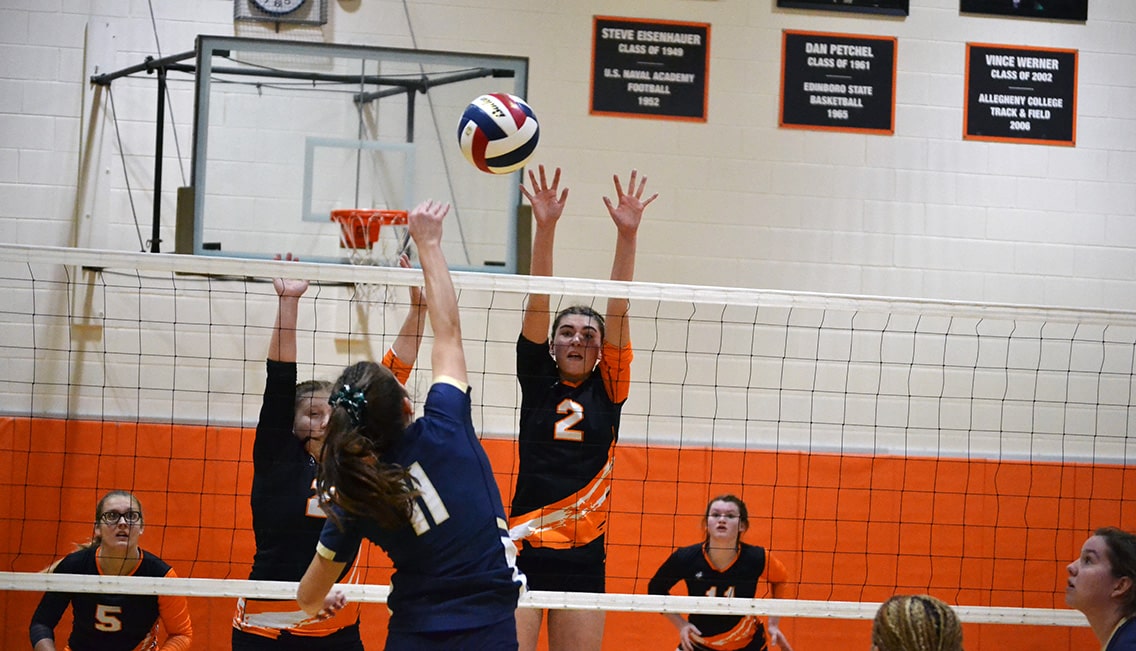 Orinko was named the Allegheny Grille of Foxburg Player of the Match and talked about the win.

Higley added nine digs for the Bears with Reynolds chipping in seven digs and five aces.

Michayla Magee ran the offense for the Bears with 17 set assists.

Hallie Rigas added 23 digs, three aces, and a kill for the Lady Falcons who also got 22 set assists, six digs, and a kill from Emily Eckert.

Fehlman had 12 kills and two blocks with Bowers adding 10 kills and six digs.

Summer Lucks paced the defense for Warren with 13 digs while adding two aces and two assists, and Lindsay Madigan ran the offense with 32 set assists and added seven digs.

Lilli Mook had a double-double of 11 kills and 17 digs for General McLane while adding two aces with Emily Wismer chipping in 10 kills and Elaine Corwin nine kills and 11 digs.

Rachel LeSuer also had 15 digs for the Lancers with Cassidy Swain coming up big at the net with five blocks.

DCC recaps are powered by Pizza Hut in DuBois.

Marissa Hillyer had five kills, three digs, an ace, and a block while Kylie McAdoo had 14 digs and two aces.

Katie Sheeler added a double-double with 15 kills and 10 digs for the Lady Terrors while also serving five aces, and Sarah Beaver had 11 kills.

Samantha Griebel added six kills, 19 digs, and an ace for the Lady Chucks who also got 18 digs from Sydney Hoffman, seven digs from Maisie Eberhart, and four digs from Karli Young.

Danielle Griebel ran the offense for Punxsutawney with 26 set assists and completed a double-double with 18 digs.