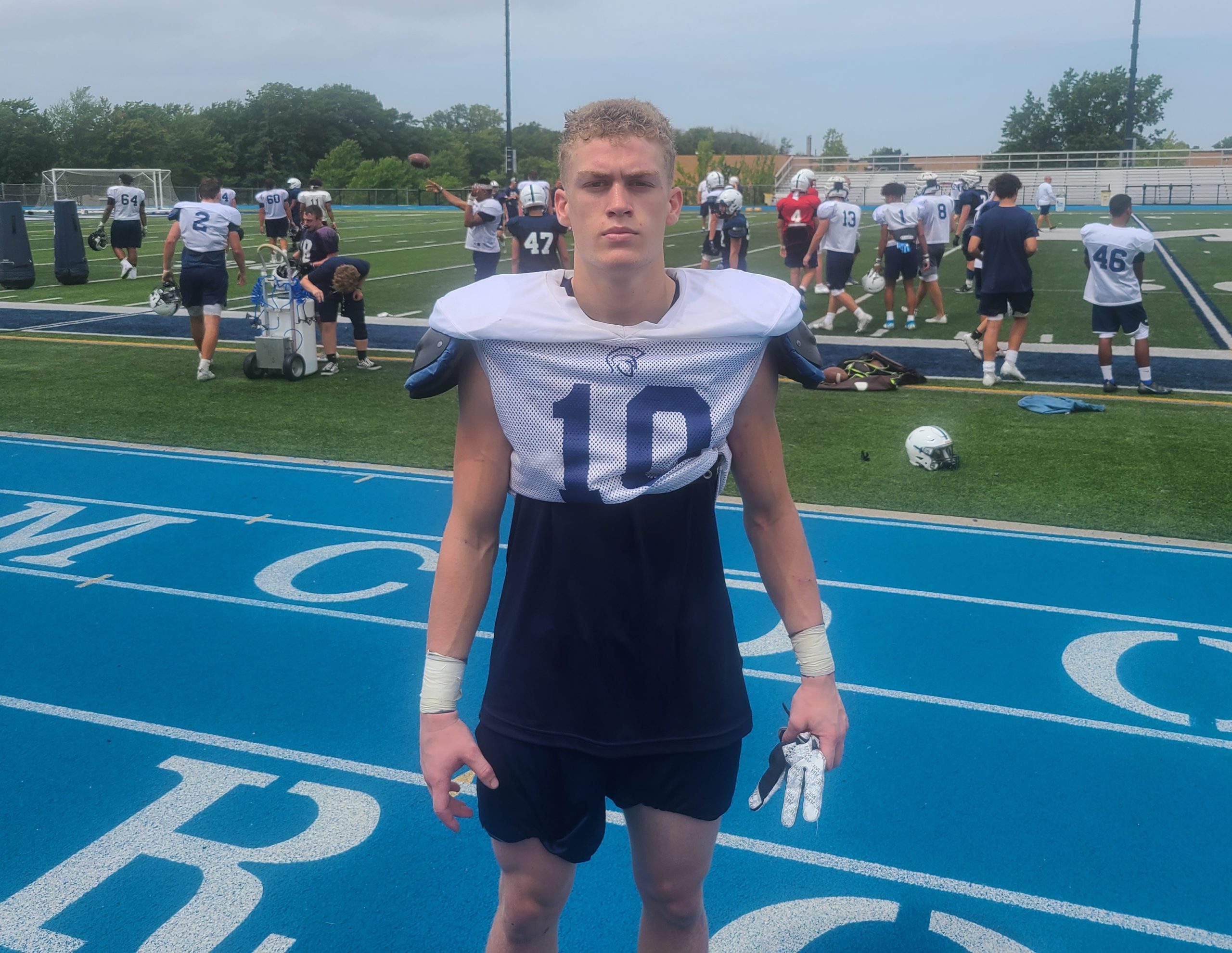 Hunter Hodges had a touchdown reception in McDowell's win over Erie.

HERMITAGE, Pa. – Greenville built a 36-8 halftime lead and rolled to its second win of the season, 50-18 over Kennedy Catholic.

Mason Dickens scored three touchdowns on runs of 40, 26 and 47 yards for the Trojans, while Levi Swartz scored on runs of three and 66 yards.

Aden Sasala also scored on a 10-yard run for Greenville and Preston Bowser capped the Greenville scoring late in the third quarter with a 2-yard plunge.

Kennedy Catholic (0-4) scored on a 42-yard pass from Simeir Wade to Elijah Smith in the second quarter and late in the fourth quarter on a 59-yard scoring strike from Raivon Wilbon-Venable to Blaze Campbell.

NEW WILMINGTON, Pa. – Wilmington scored all 54 of its points in the first half en route to a 54-22 win over Lakeview.

The Greyhounds (3-1) had six different players score touchdowns, including two each from Luke Edwards and Cole McAllister, while Gage DeCaprio, Tyler Mikulin and Ben Miller added one each.

One of McAllister’s two touchdowns was an 18-yard pass from Tuff McConahy.

Edwards eclipsed 100 yards on the ground and scored on runs of 36 and five yards.

For Lakeview (1-3), Gavin Murdock scored on a 44-yard touchdown run and also connected with Aiden Osborne on a touchdown pass.

Moore also tossed a pair of touchdowns – one each to Hunter Hodges and Nick Malina. Jackson had 70 yards on the ground to pace the Trojans.

For Erie (1-4), Mason Hunter had a kickoff return for touchdown and Denzel Driver connected with Jamri Gilmore on a 10-yard scoring strike, both in the fourth quarter.