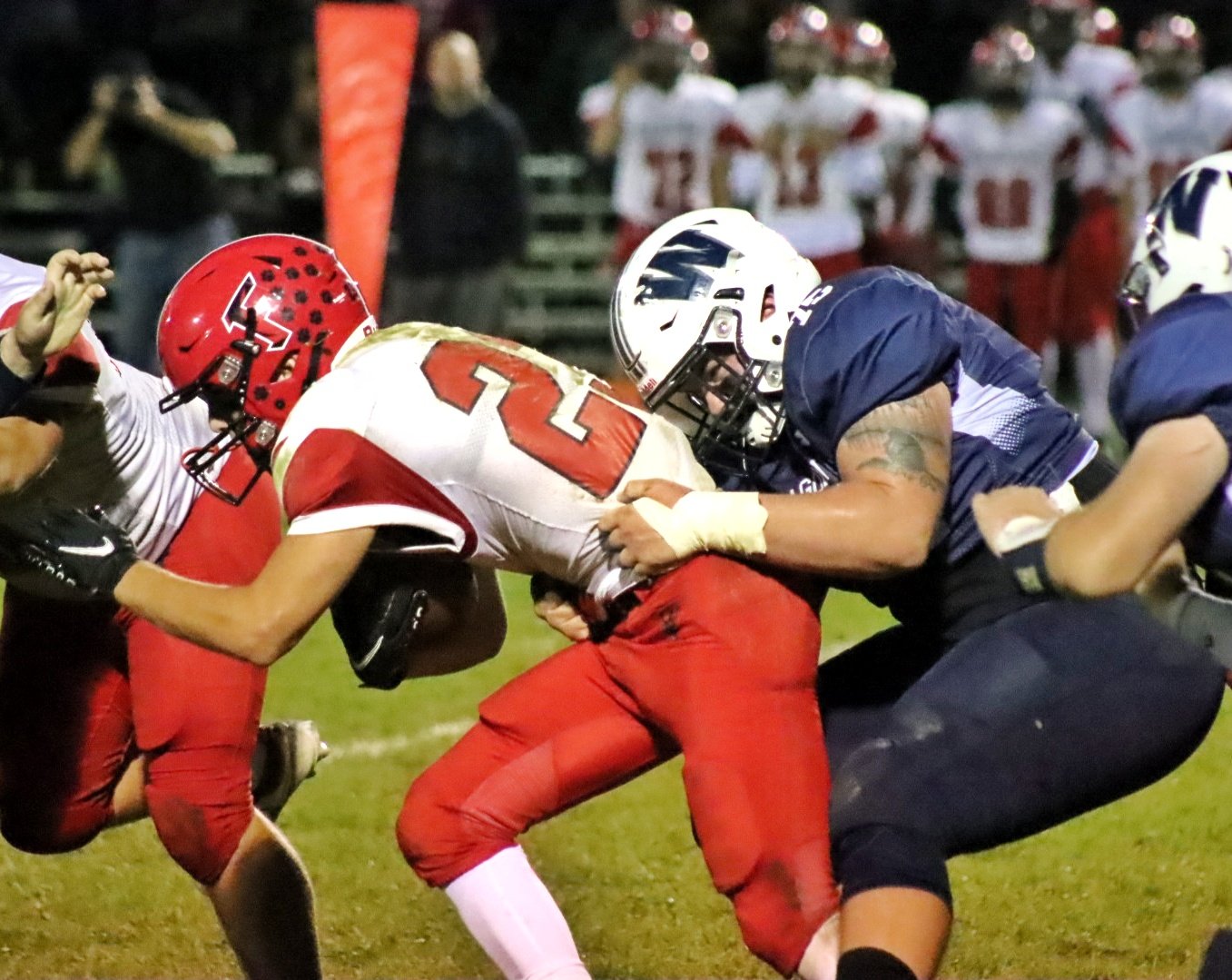 YOUNGSVILLE, Pa. – Fairview accumulated 312 yards rushing on its way to a 34-14 non-region win over Warren, snapping a two-game losing streak in the process.

Charlie Chevalier accounted for 110 yards and a touchdown and Tyler Corbin carried nine times for 94 yards and two scores and also threw for 74 yards in the win.

Corbin talked about the win:

The Tigers overcame a quick start by the Dragons, as Eric Dippold connected with Tommy Nyquist just 92 seconds into the game for an 83-yard touchdown, that, coupled with the 2-point conversion, gave Warren an early 8-0 lead.

Fairview (3-2) responded with a 43-yard touchdown run from Jared Gennuso on its initial offensive possession. Gennuso had 73 yards on seven carries before exiting the game due to an injury in the second quarter.

After Warren fumbled at the Fairview 10, the Tigers drove the length of the field and capped off the drive with Cavalier’s 3-yard touchdown run to make it 14-8 with 7:29 to go in the second quarter, which proved to be the halftime score.

Corbin scored on a 6-yard run in the third quarter and broke free for a 40-yard score with 8:42 remaining in the fourth quarter to make it 27-8.

Cayden Wright, who finished with nine receptions for 95 yards, made a circus 20-yard touchdown catch in the corner of the end zone on a pass from Dippold, but the Tigers put the game out of reach on their next drive, with Jacob Truitt scoring his first varsity touchdown on a 2-yard run. Truitt finished with 58 yards on the ground.

Truitt put the finishing touches on the Tigers’ win, intercepting Dippold in the end zone with under two minutes to play.

In addition to the rushing, Jeremy Frazao led the Fairview with three receptions for 33 yards.

FARRELL, Pa. – Farrell scored all 35 of its points in the first half and played dominant defense en route to a 35-0 Region 3 win over Hickory.

The Farrell defense got into the scoring act just six seconds into the second quarter, as Zaire Thomas returned a fumble three yards for a score.

After another defensive stop, the Steelers (4-1) Brandon Chambers broke loose for a 45-yard touchdown run to make it a 28-0 game.

Chambers cashed in one more time late in the first half, scoring on a 32-yard run to make it 35-0 at halftime and put the running clock into effect in the second half.

Chambers finished with 137 yards on the ground for the Steelers.

Hickory falls to 2-3 with the loss.

Trailing 27-0, Simeir Wade scored on a 5-yard touchdown run for Kennedy Catholic, part of a 177-yard effort on the ground for Wade. He also threw a 3-yard touchdown pass to Sean Yeager.

Drew Hutchins scored three first-half touchdowns for St. John’s on a pair of runs as well as a Pick 6.

The Lakers, who improve to 3-2 with the win, also got a 24-yard touchdown run from Ja’son Ellman in the first half, as well as a 52-yard punt return from Paul Johnson.

Franklin’s Hunter Marsteller tossed a pair of touchdown passes, a 71-yarder to Cole Buckley in the first half and a 20-yarder to Bryson Watson in the fourth quarter.

Pizza Hut District 9 and District 10 Football Live Scoreboard – Week 5 2022 (Sept. 23-24)
Sept. 24 D9 Football: Port Allegany Powers Past Brockway; Bucktail Upends Sheffield
This website or its third-party tools process personal data.In case of sale of your personal information, you may opt out by using the link Do not sell my personal information.
×
Manage consent