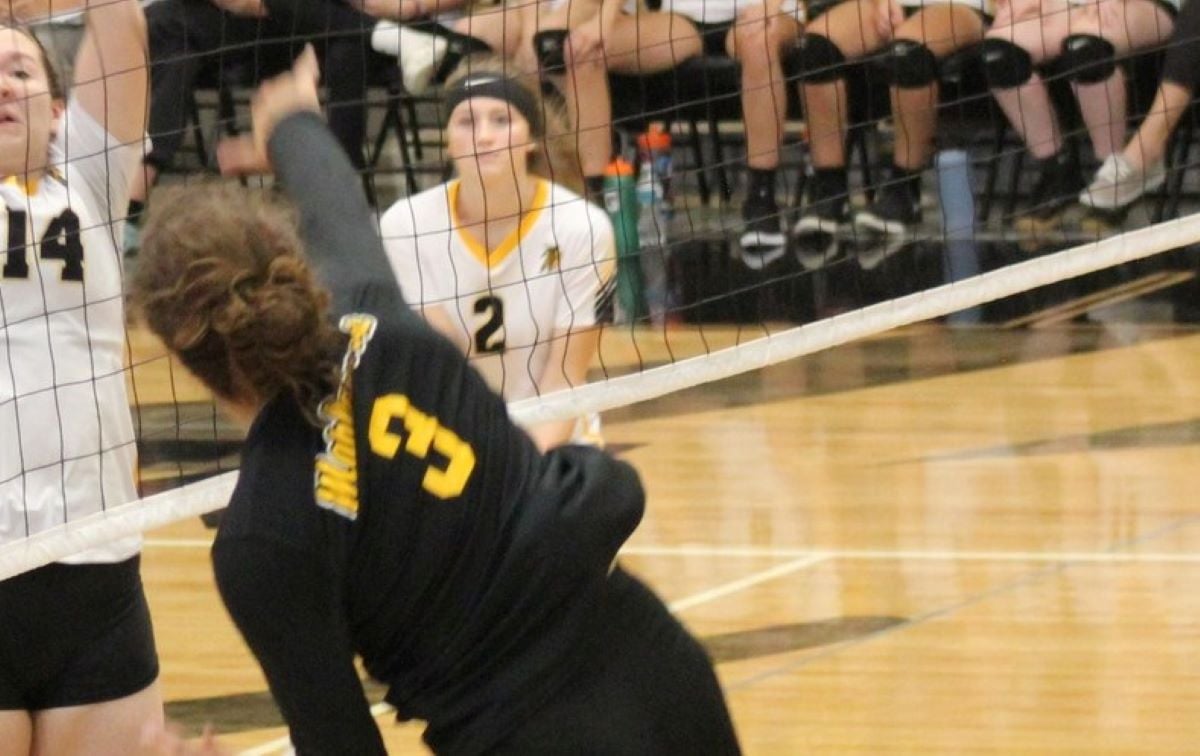 Williams had eight kills and seven aces for the Lady Panthers with Rees adding six kills and three aces.

Carly Christiansen was strong at the net with three blocks, while notching two kills and four aces.

Christiansen talked about the win:

Huffman had 21 kills and 10 digs, while Caylen Rearick added 38 digs and four aces.

Also for the Lady Bulldogs, Izzy Bond chipped in five kills and 18 digs, and Taylor Ripple had eight kills and three aces. Mylee Harmon ran the offense for Redbank Valley with 33 set assists and added 14 digs.

Ashlynn Collins ran the offense for Cranberry with 10 set assists.

Girvan had 16 kills, five aces, and two digs for the Lady Cats who also got six kills from Taylor Alston.

Hannah Hart also had five kills to go with four digs, one block, and one set assist for the Muskie who also got three kills apiece from Josie Pfaff, Morgan Bercis, and Taylor Keener.

Michayla Magee ran the offense for the Bears with 28 set assists while adding four digs, while Cathryn Reynolds just missed a double-double with nine kills and nine digs.

Carly Beers added seven kills and 10 digs for the Dragons who also got six kills and two blocks from Kylie Fehlman and three kills, three blocks, and three aces from Kirsten Johnson.

Summer Luck paced the Warren defense with 18 digs while adding two aces, and Lindsay Madigan ran the offense with 24 set assists while serving three aces and getting five digs.

Chase had nine kills, Moore seven kills and nine digs, and Albers six kills and seven digs for the Beavers.

Addica Sperry had a big match for Mercyhurst Prep with 21 kills and 16 digs.

Paris Karastury (12 digs) and Ashley Crabb (10 digs) both helped out on defense for Conneaut, and Payten Karatury ran the offense with 26 set assists and contributed five digs.

Rebecca Martin had 11 digs, two kills, and a block for Northern Potter with Haylee Chapman adding 11 digs and a kill and Sarah Risser eight digs and two kills.

Kendall Mealy added nine kills and 12 digs for the Bulldogs who also got 11 digs and three aces from Sydney Holt.

Kyler Freeman had 12 kills and five digs for North Clarion with Alexa Carll adding eight kills and three blocks and Kylie Disney 25 digs. Ainsley Hartle ran the offense for the She-Wolves with 26 set assists and completed a double-double with 14 digs.

Mackenzie Galdon ran the offense for FB with 14 set assists and added two digs and a kill.

Sherry had 16 kills, seven digs, three aces, and a block for the Ramttes who also saw Annasophia Stauffer add eight kills, six digs, a block, and an ace.

Ella Lindberg chipped in seven kills, 10 digs, two aces, and two blocks in the win, while Abby King ran the Johnsonburg offense with 25 set assists and also had four aces, five digs, and a kill.

Lindsey Greco ran the offense for Saegertown with 23 set assists.

Fleming had eight kills, two digs, and a block while Palmer added seven kills, two blocks, and an ace.

Savannah Carfley ran the offense for the Lady Tide with 18 set assists while adding two kills and two aces.

Maya Smith added eight kills and 10 digs for the Lady Wolves while Myka Costanzo had 14 digs and Emma Danielson 10 digs.

Jayna Johnson and Elizabeth Yasurek ran the offense for Kane with 11 and seven set assists respectively.

Jenna Stefanacci ran the offense for ACV with 18 set assists and added 10 digs.

Sydney Hoobler and Jennifer Blum each had five kills for Franklin with Blum adding 13 digs. Sydney May ran the Knights’ offense with 15 set assists.

Sept. 22, 2022 Soccer Recaps: Brockway Boys Wins in Overtime; Hickory, Mercyhurst Prep Get Wins; KC, Forest Girls Triumph
YDL Sports Network/D9and10Sports to Broadcast Sheffield at Youngsville Volleyball Monday
This website or its third-party tools process personal data.In case of sale of your personal information, you may opt out by using the link Do not sell my personal information.
×
Manage consent