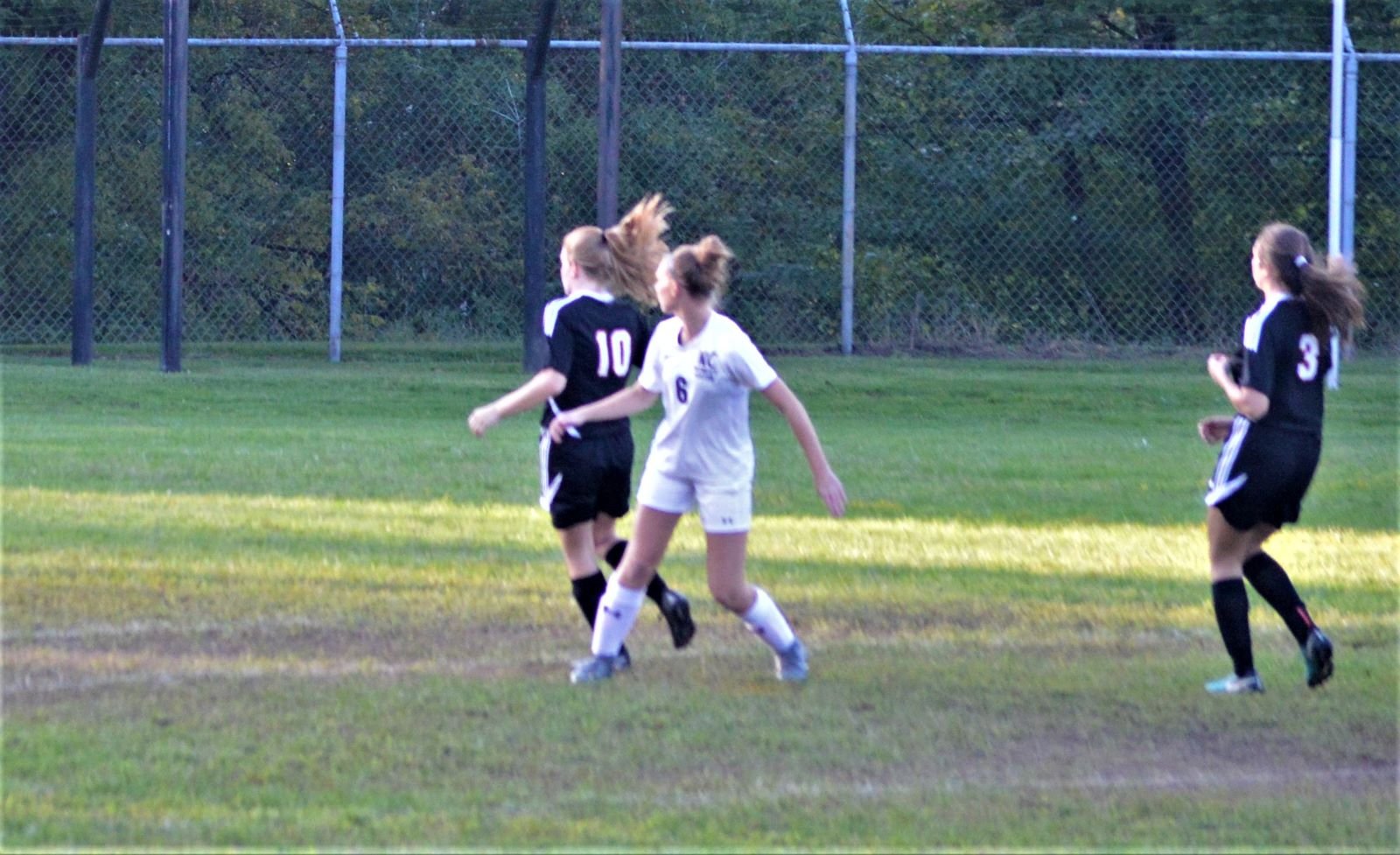 BROCKWAY, Pa. – Alex Carlson scored both of Brockway’s goals, including the game-winner in overtime in a 2-1 win over Ridgway.

Esteban Camara had the other goal for the Lakers, who led 1-0 at halftime, while Eric Gamboa and Adam Dahl had assists

Landon Spero had the clean sheet in net for the Lakers, who are now 8-2.

One of Jones’ goals came on a penalty kick. Logan Sanford had two assists and Logan Gordon one for the Hornets.

Rasce Stefanowicz had two goals, including one penalty kick goal for Greenville, while Patrick Davis had the other tally.

Matt Maitland had five stops in net for Hickory and Bryce Stefanowicz seven for Greenville.

SHEAKLEYVILLE, Pa. – Nathan Kachulis had two goals, including the game-winner in overtime to send West Middlesex to a 3-2 win over Commodore Perry.

Noash Asche had the other goal for West Middlesex.

Ryan Humphreys had the clean sheet in net.

Brenden Bettwy had two goals for the Lions, while Thomas Uckert had four assists and Wyatt Boyden one.

Brady Stetter and Zachary Wilcox had two goals each for North Penn-Liberty, while Tayton Stranger had the other goal.

Fiscus had three assists, while Bowser, Gannon McMaster, and Caleb Kornbau had one each.

TIONESTA, Pa. – Emalie Best had the lone goal of the game with 13 minutes left in the first half as Forest Area beat Clarion, 1-0.

Emma McFarland had 13 saves in net for Forest Area, which improved to 6-2 with the win.

KARNS CITY, Pa. – Hanna Dailey had a hat trick and also notched an assist as Karns City improved to 7-3 with a 7-1 win over Redbank Valley.

McKenna Martin, Aubrey Price, Emma Dailey, and Sarah Dodd all had one goal each for KC, while Emma Dailey had two assists and Martin and Sophia Bonetto one each.

Lia Hageter scored on a penalty kick for Redbank Valley.

BROOKVILLE, Pa. – Coryna Thornton, Kaida Yoder, and Hannah Lundgren all scored to help send Brookville to a 3-1 win over Keystone.

Lauren Castellan had an assist for the Lady Raiders.