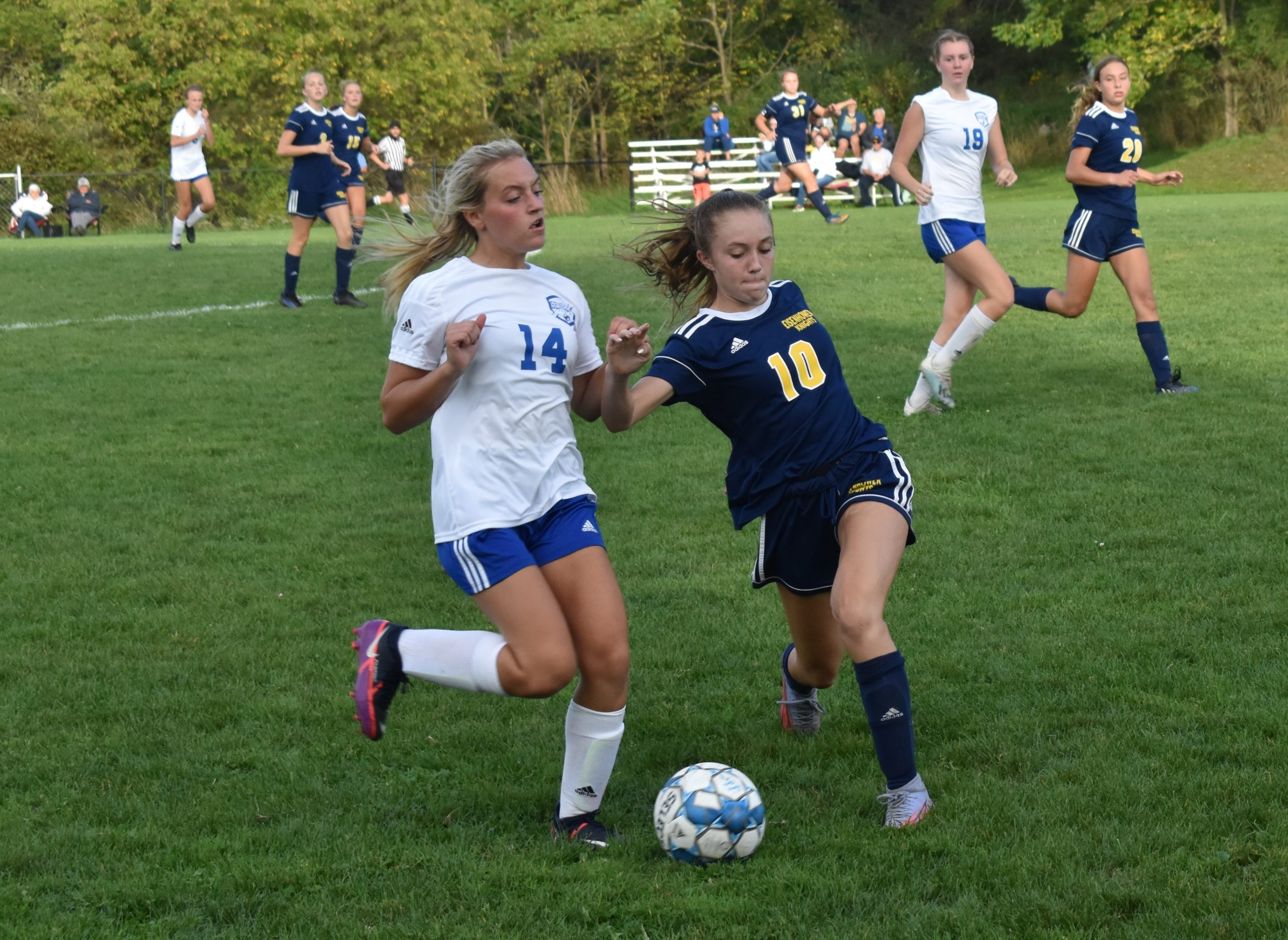 KANE, Pa. – Amber Guzzi and Emalie Best both scored first-half goals to help Forest Area to a 2-1 win over Kane.

Maria Bauer had an assist for Forest, while Jillian Watts scored on a penalty kick in the first half for Kane.

Emma McFarland had 19 stops in net for Forest.

Alexis Coull had two goals for Clarion and Julianna Wilson the other.

HYDE, Pa. – Clearfield improved to 8-0 by scoring five second-half goals in a 6-0 win over Huntingdon.

Alyana Winters recorded a hat trick for the Lady Bison, including the first goal of the game, while Elle Smith netted a pair and Kaylie Brown the final tally.

Riley Ryen notched a pair of assists and Mia Smith had one helper, while Cayleigh Walker had a save in net. Molly Millar had 11 stops for Huntingdon.

Eisenhower had 12 shots on goal to Seneca’s seven.

Tracy Jakubczak of Eisenhower and Mallory Hammill of Seneca kept each offense off the board with clean sheets in net.

Ella Vernam, Morgan Miller and Ryan Dubiel had two goals each, while Maddy Bailey, Lilly Davis, Madison Parker and Allyn Rynd had one goal each.

Bailey had three assists, while Dubiel had two and Cameron and Parker one each.

Maddy Jewell had the clean sheet in net.

Abby Faulhaber had two goals and one assist for the Lady Trojans, while Hannah Shepard and Jenna Ellsworth also found the back of the net.

Cecilia Perman, Ella Vance, Emmi Rossi and Abby Cozad all found the back of the net for Hickory.

Merielle Schnars added two goals for the Lady Lakers, while Sarah Herman, Molly Taylor, Grace Stahon and Regina Zimmerman had one goal each.

TIOGA, Pa. – Micah Batson scored for Coudersport, but it was Williamson that earned a 2-1 win.

Nash Delp had the helper for the Falcons, while Braidyn Rumsey had nine saves in goal.