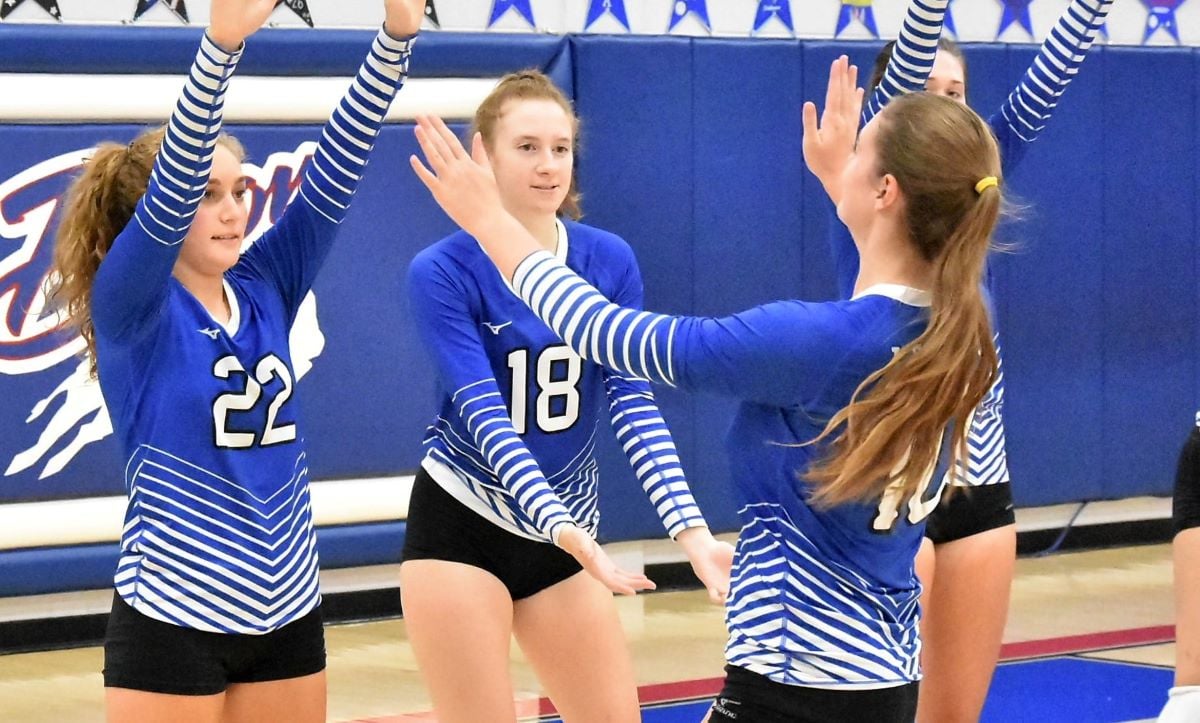 Kerringten Wasiulewski ran the offense for Fort LeBouef with 31 set assist while completing a double-double with 10 digs and adding five aces.

Katie Sheeler, Brianna Silvis, and Kaylee Rhinehart each had three kills for the Lady Terrors with Sheeler adding eight digs and three blocks and Silvis five aces and three digs.

Avery Brunot added five aces and four kills for the Tigers, who had 21 aces as a team.

Carly Beers added 13 kills for the Dragons, who played their second five-set match in as many nights, while Kylie Fehlman had eight kills.

Halee Mineweaser ran the offense for Warren with 27 set assists while completing a double-double with 12 digs. She also had seven kills and four aces.

Anthony led the Lady Dutch with nine kills with Nicklas and Reiter each adding seven kills.

Reiter and Nicklas also combined to run the offense with 28 total assists including 17 from Reiter and 11 from Nicklas.

Ashlynn Collins ran the offense for the Berries with 27 set assists with Brooke Hart adding four kills and two aces.

Ruby Smith had a strong night for C-L with 20 kills, while Kendall Dunn ran the Lady Lions offense with 35 set assists.

Conklin led the match with 11 kills with Jekielek adding 10. Hailey Slater and Ava Whiteman each picked up five kills for the Lady Wolves.

Kam Fuller ran the offense for the Panthers with 29 set assists.

Emma Swanson added six kills in the win for the Lady Owls, while Kalie Dixon ran the offense with 21 set assists while also chipping in five kills.

Danielle Greibel ran the offense for the Lady Chucks with 21 set assists.

Carden had 10 kills, 11 set assists, eight digs, and three aces and was joined by Emma Johns in leading the way.

Johnson had a team-best 12 kills to go with 13 set assists, three aces, and four digs.

Abby Berry had a double-double for Grove City with 12 set assists and 10 kills.

Emma Willow had five kills and five aces for Fairview.

Emma Stahl ran the offense for the Oilers with 13 set assists while adding three kills and two digs.

Kiran Bugbee ran the offense for the Beavers with 14 set assists.