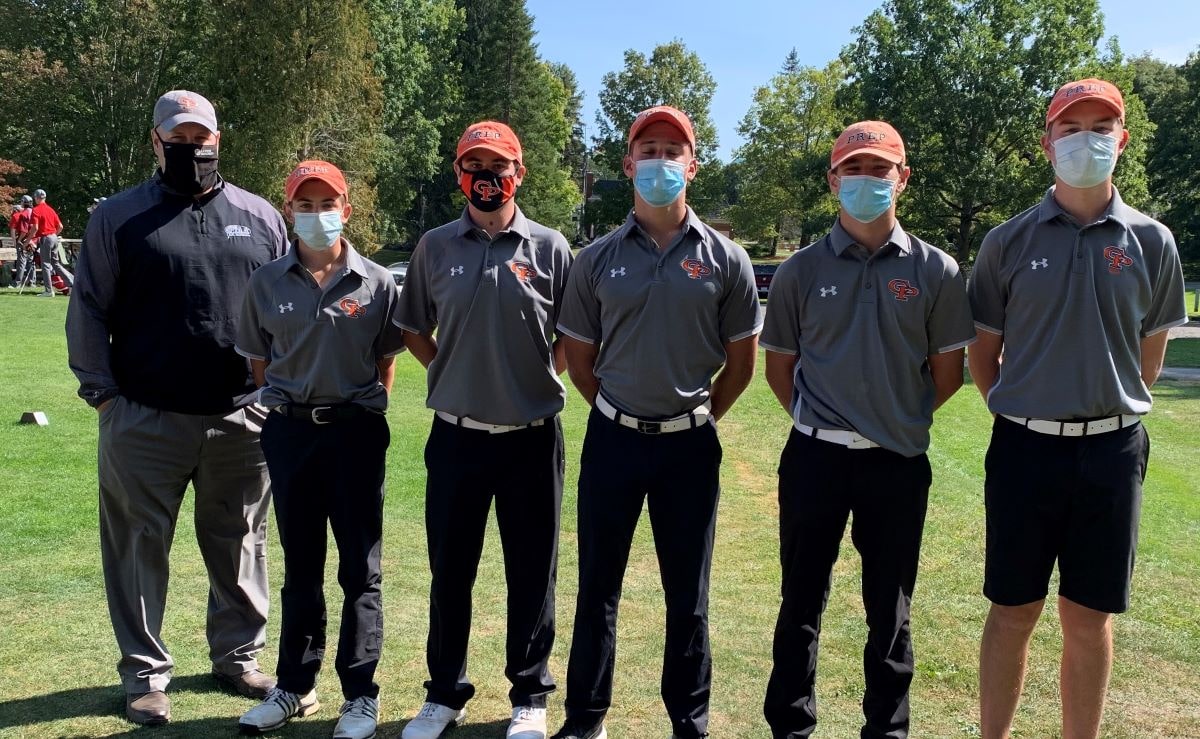 WATERFORD, Pa. – The Swan sisters led North East to the District 10 Region 2 golf title with a win in the Regional match at Foxrun Golf Course in Waterford Monday.

Lydia Swan shot a 34 to lead the Grapepickers while sister, Anna, shot a 36.

North East shot a 111 as a team 11 shots ahead of second-place Villa Maria.

The Lady Beavers shot a 209, two shots ahead of second-place Punxsutawney, which shot a 211 behind 51s from Lizzie Sikora and Maeve Hanley.

The Beavers also got an 85 from Nate James and an 86 from Tyler Hasbrocuk to shoot a team score of 341 well ahead of second-place Titusville (379).

Titusville was paced by a 91 from Tyler Durstine and a 92 from Kagen Neely.

DUBOIS, Pa. – Gavin Kaschalk and Cody Jaconski helped DuBois edge visiting Punxsutawney, 179-183, in boys’ golf action at the DuBois Country Club to run the Beavers record to 7-0 on the season.

Kaschalk tied Punxsutawney’s Jackson Craft for the top score on the day with a 42, while Jaconski added a 43.

Kyle Nesbit shot a 45 to come in second for Punxsutawney with John Crago and Jimmie Neese each shooting a 48.

The Sailors shot a team score of 357 edging second-place Mercer by four shots.

The Grapepickers shot a 303 as a team to top second-place Mercyhurst Prep by 15 shots.

EDINBORO, Pa. – Evan Rowane fired a 69 to lead Cathedral Prep to the District 10 Region 6 title with a win in the Regional match at Culbertson Hills Golf Resort in Edinboro.

The Ramblers scored 289 well ahead of second-place Warren, which was paced by a 75 from Teagan Gray.

It is the 16th straight regional golf title for Cathedral Prep.

FOXBURG, Pa. – Shooting a 4-under par 30, Hayden Siegel led Clarion-Limestone to a victory at the KSAC Mega-Match at Foxburg Country Club.

Siegel had five birdies over nine holes, including birdies on all of the par 3s. He finished well ahead of the second-place finisher, Moniteau’s Jacob Felsing (39).

Thanks to Siegel, C-L shot a 230 as a team beating out second-place Clarion by six shots.

Clearfield got doubles victories from the teams of Kylie VanTassel and Kerlin (8-0), Kirstie VanTassel and Gaines (9-7) and Lauryn Kitchen and Kendyhl Luzier (8-1) as well.

Sept. 21, 2020 Golf/Tennis Scores Powered by Hunter Station Golf Club
Join in Progress: Clarion vs. Maplewood Volleyball
This website or its third-party tools process personal data.In case of sale of your personal information, you may opt out by using the link Do not sell my personal information.
×
Manage consent