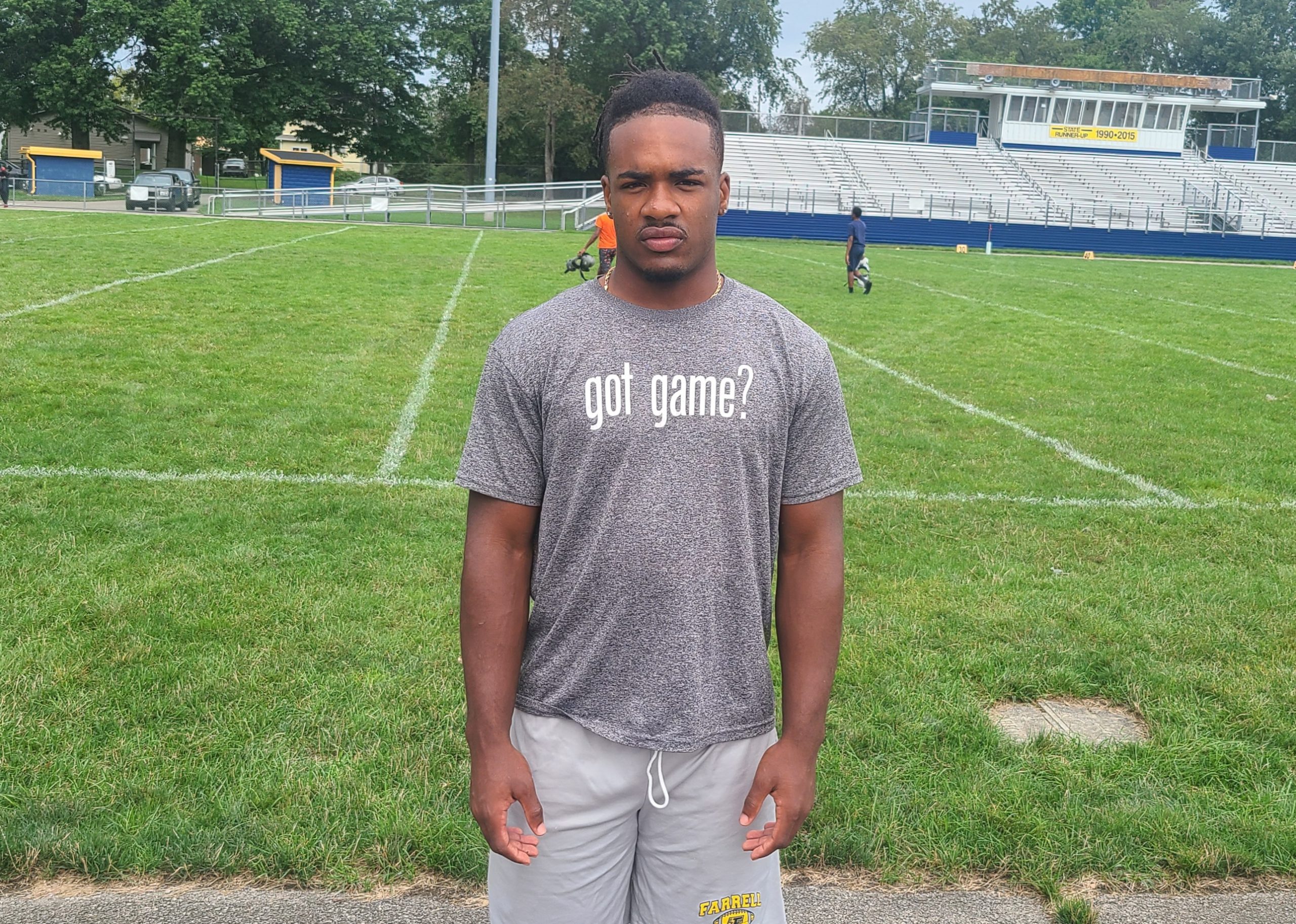 COUDERSPORT, Pa. – Gavin Ayers rushed for 146 yards and five touchdowns as Coudersport picked up its first win of the season, 59-0 over Sheffield.

The Falcons, who finished with 359 yards rushing as a team, led 57-0 at halftime.

Dylan Kelly also eclipsed 100 yards on the ground for the Falcons, rushing for 109 and a pair of scores. John Wright also added a rushing score.

Allen Williams also had two sacks, a fumble recovery and scored a touchdown.

Malique Outland led Sheffield with 50 yards rushing and also had 50 yards through the air.

STONEBORO, Pa. – Anthony Stallworth rushed for 227 yards and four touchdowns as Farrell improved to 3-0 with a 58-6 win over Lakeview.

Stallworth scored on runs of 4, 6 and 25 before capping his night with a 91-yard burst.

The Steelers scored three defensive touchdowns, including two on interception returns from Brandon Chambers and Kylon Wilson, with Wilson also returning a kickoff 84 yards for a touchdown. Anthony Jackson also scored on a 12-yard fumble return.

Lakeview got on the board late courtesy of a Gavin Murdock 1-yard touchdown run, with Murdock rushing for 40 yards and passing for 47.

The touchdown was the first allowed by Farrell this season. The Steelers have outscored their opponents 182-6.

SHARON, Pa. – Mikey Rodriques scored on a 10-yard touchdown run with 23 seconds remaining to lift Sharon to a dramatic 14-7 win over Hickory.

This came on the heels of LaBrae Norris scoring on a 6-yard touchdown run earlier in the quarter that made it 7-6. Norris also recovered a fumble that set up the game-winning drive for the Tigers.

Keenan Scullin scored on a 70-yard hook-and-lateral from Logan Woods early in the first quarter, which proved to be the Hornets’ only score of the game.

Rodriques rushed for a team-high 30 yards for Sharon. Rodriques and star receiver Ja’on Phillips connected for eight completions in the contest.

The Greyhounds, who added the game on Thursday, got an 80 touchdown run from Luke Edwards, but wer most shut down apart from that by the L-B defense.

Kameron Garlock had a big game for Liberty-Benton, throwing touchdowns of 71 and 18 yards to Connor Boyd and 25 to Lincoln Garlock while also scoring on a 10-yard run.

Toby Collert put the finishing touches on the night for the Liberty-Benton offense, scoring on an 8-yard run in the fourth quarter that made it 35-7.