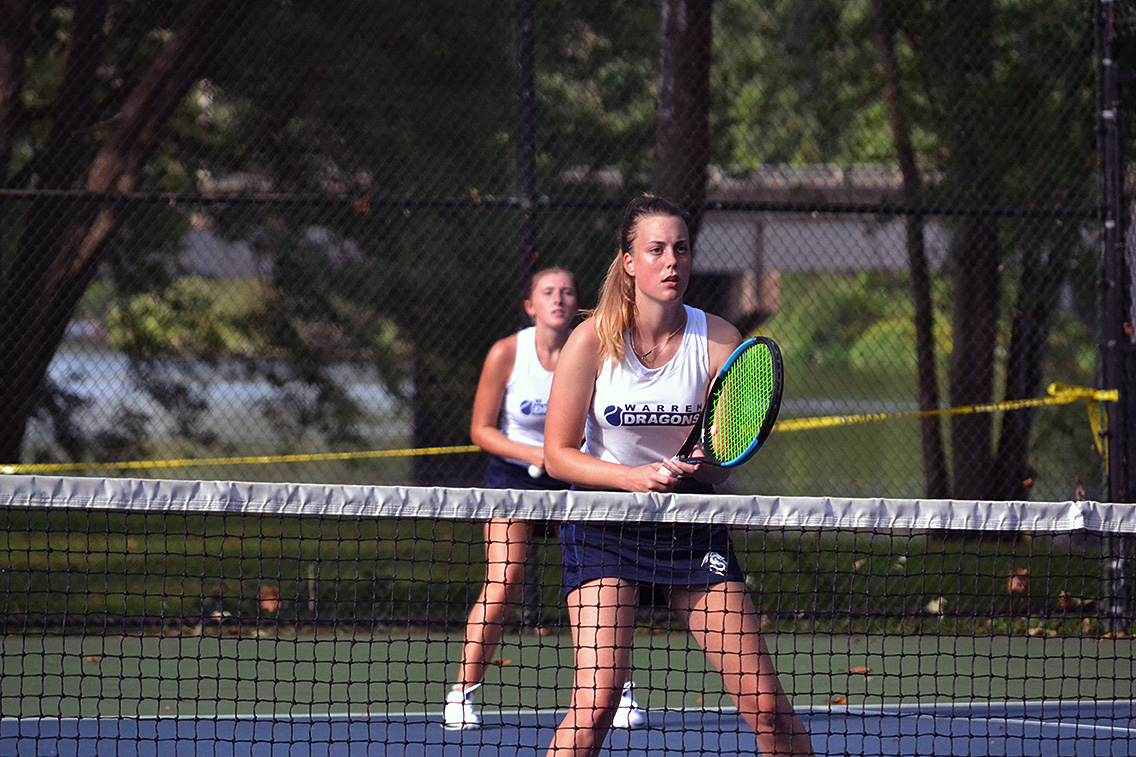 BROCKWAY, Pa. – In a match broadcast on D9and10sports.com, it was Punxsutawney that won all four singles matches to edge Brockway, 4-3.

Relisten to the game:

In No. 1 singles, Chloe Presloid and Selena Buttery squared off, with Presloid earning a 6-2, 6-2 win.

Punxsutawney’s Jayden McMahon, Allie Meko and Kendal Johnston all rolled to victory in their singles matches for the Lady Chucks.

The rolls were reversed in doubles action, as Buttery and Morgan Pirow earned an 8-3 win at No. 1, followed by Hannah Zuccolotto and Taylor Rhed with an 8-0 win.

Maci Dixon and Emily Machalski capped off the doubles trifecta for the Rovers with a hard-fought 8-6 win over Brooke Skarbek and Rachel Porada, 8-6.

“Meg switched up her game plan after the first set and took complete control of the match,” said Warren coach Thomas Pellegrino. “Sydnie’s match was was a marthon that took close to three hours to finish.”

“Amanda and Kamryn played some great tennis today against a quality team from Erie High,” Pellegrino said. “Madalynn and Jackie played some fantastic doubles today. They were all over the net and didn’t let a ball get by them.”

ERIE, Pa. – Villa singles players Ryleigh Valone and Anna Poranski both won 6-0, 6-0 to lift the Victors to a blanking of Conneaut.

Basil Bannister, who like Poranski is a freshman, earned a 6-1, 6-3 victory.

In doubles action, the teams of Grace Teed-Margaret Mary McGovern and Sara Barrett-Sofia Falvo were 6-0, 6-1 and 6-0, 6-0 winners respectively.

OIL CITY, Pa. – Sharon’s doubles teams of Ella Connelly-Miranda Metro and Megan Messina-Katie Lapikas rallied the Tigers from a 2-1 deficit to a 3-2 win over Oil City.

The doubles teams of Cana Severson-Katie Feng and Lillian Conger-Jane Coulter were also victorious for the now 4-0 Lady Eagles.

Sept. 10, 2020 Girls’ Tennis Scores
Sept. 10, 2020 Golf Scores Powered by Hunter Station
We use cookies on our website to give you the most relevant experience by remembering your preferences and repeat visits. By clicking “Accept All”, you consent to the use of ALL the cookies. However, you may visit "Cookie Settings" to provide a controlled consent.
Cookie SettingsAccept All
Manage consent