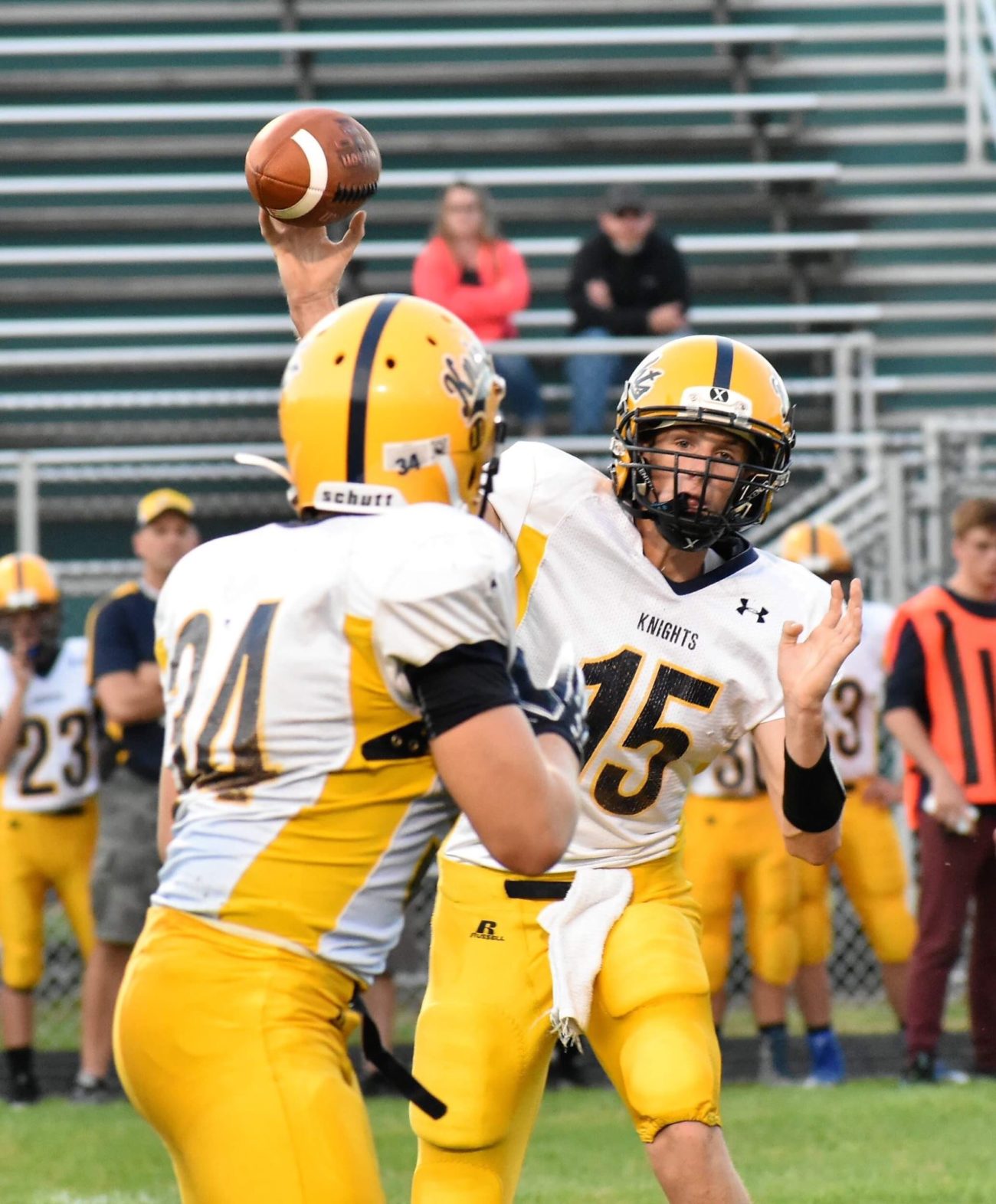 It’s a semifinal Friday in District 10, as West Middlesex travels to Eisenhower and Cambridge Springs hits the road to take on Reynolds in Class 1A, while Grove City is at Fort LeBoeuf and Slippery Rock at Hickory in Class 3A.

Each team took a different road to get to this point.

Let’s take a look at each matchup.

Eisenhower chose to play a game last week, easily beating Cochranton, while West Middlesex opted to have a bye week to rest up and prepare for the trip to the ‘Pasture of Pain.’

Eisenhower’s closest game, meanwhile, was the 31-8 win over Cochranton last week, a game in which they briefly trailed for the first time all season.

These programs do have some playoff history, with Middlesex beating Ike 21-17 for the 1A title back in 2002. The last time the Big Reds came to Eisenhower was a 27-2 regular season win in 2018.

This is a different Knight team, however, one that is forged in the trenches and highlighted by its vast array of weapons.

On the ground, Cael Black has been a workhorse, carrying for 809 yards (10.2 ypc) and 15 TDs. Benji Bauer, Trumbull and Alexander are threats in the run game as well.

That defense will be tested by a West Middlesex attack that can get it done both through the air and on the ground.

Cambridge Springs chose to pick up a game last week, a 45-8 win over Kennedy Catholic, while Reynolds, which also beat KC twice this season, took a bye to rest and prepare.

Reynolds outscored its opponents by 32 points per game this season and offensively, it all starts with the offensive line and running back Cole Toy.

Quite simply, Toy has put up monster numbers this season, rushing for 832 and eight scores on 8.0 yards per carry. Dreyvin Livingston has also been a big factor in the Raiders’ rushing attack, going for 422 yards and three scores.

Brayden McCloskey is the quarterback, and he has attempted just 33 passes through six games. McCloskey has also rushed for 115 yards.

Cambridge Springs lost just once this season, 25-8 to Northwestern, with those 25 points the only time they allowed more than 20 in a game this season.

Offensively, Trenten Wheeler has been brilliant this season, throwing for 510 yards and nine touchdowns, while also leading the team in rushing with 428 yards.

Fort LeBoeuf comes in with a 34-point win against Girard being its closest game this season. They will also be coming off a bye week to face a Grove City squad that is also coming off a bye.

For the Bison, the offensive recipe for success has been very simple – give the ball to Tristin Harris and Jack Rimpa and let them run behind a powerful offensive line. Harris has rushed for 831 yards on just 44 carries for an astounding 18.9 yards per carry and 15 touchdowns. Rimpa, meanwhile, has 482 yards on the ground and 12 scores.

Rimpa also leads the defense with 45 tackles, 8 for loss, as does Justin Leuschen (39 tackles, 5.5 TFL) and Alex Blose (3 interceptions).

Grove City has been without the services of record-setting quarterback Luke Breese in recent weeks. In his absence, Zach Rodgers took over, and he threw for 168 yards and a pair of scores in helping the Eagles to a 14-13 win over Sharon on Oct. 16.

Martin is a one man wrecking crew on defense with 77 tackles, 17 of which are for loss.

On paper, it would seem that HIckory is a big favorite in this game. The Hornets played the Rockets twice this season, beating them by scores of 45-0 and 28-7.

But that’s why they play the games.

Quarterback Michael Henwood has put together a truly historic season for the Hornets in 2020. He has completed 64 percent of his passes for 1,518 yards, 17 touchdowns, and seven interceptions, while rushing for a team-leading 533 yards and nine touchdowns.

On the ground, Cole Wiesen has rushed for 376 yards.

The Rockets love to go to the air, and that starts with William Mokel, who has thrown for 965 yards and six scores.

On the ground, Shane Thompson has 267 yards and four touchdowns.

Week 8 D9 football: Five non-playoff games on tap
Class 3A sub-regional: Bison vs. Bisons, yes really
This website or its third-party tools process personal data.In case of sale of your personal information, you may opt out by using the link Do not sell my personal information.
×
Manage consent