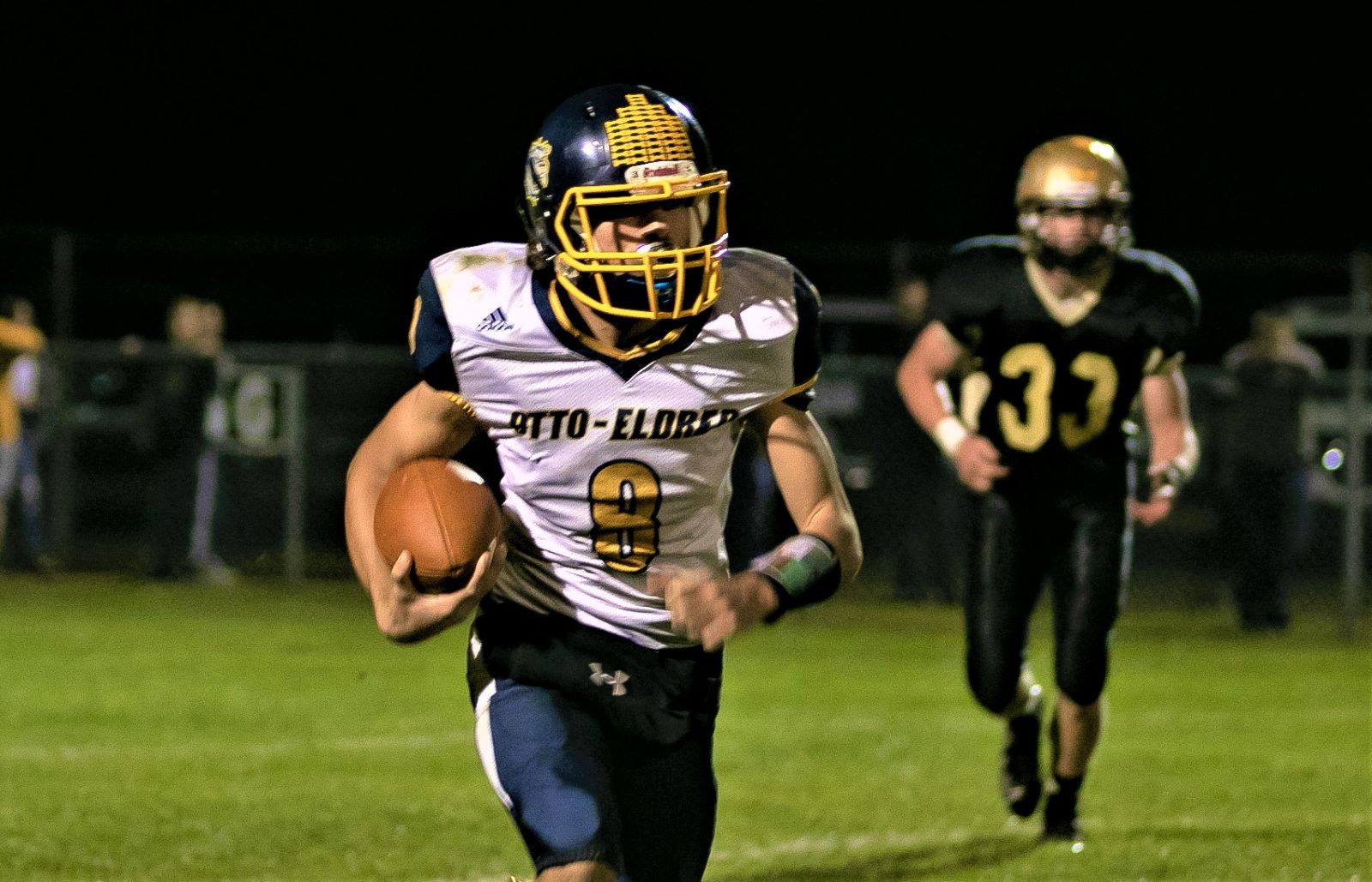 Sebastian, Otto-Eldred’s sensational senior, accounted for all six of Otto-Eldred’s touchdowns in four different ways as the Terrors picked up their first win of the season, 40-30, at Port Allegany Saturday afternoon.

The O-E quarterback threw three scoring passes, caught a touchdown pass, and ran for a score on offense and also added a long interception return for a touchdown on defense helping the Terrors (1-1) overcome an early 14-0 hole.

He finished the day 17 of 30 passing for 238 yards with touchdown passes to Josh Rhinehart (52 yards), Jake Merry (10 yards) and Ethan Smith (23 yards), ran seven times for a team-best 83 yards including a 33-yard scoring run, caught a 66-yard pass from Smith for a touchdown and returned an interception 79 yards for a score.

Blaine Moses ran for a pair of 1-yard touchdowns for Port Allegany (0-2) and finished with 68 yards on 18 carries. Trey Ayers added a 67-yard touchdown pass from Drew Evens and Noah Archer returned a kickoff 82 yards for a score immediately following the Sebastian long pick-6.

Ayers caught seven balls for 138 yards, and Evens was 17 of 31 passing for 232 yards but was picked off three times.

GoFundMe Page Set Up for McDowell Football Player Johnny Heubel
Hickory’s Henwood, GC’s Breese Both Go Over 3,000 Career Passing Yards, Swanson Leads Warren to Win
This website or its third-party tools process personal data.In case of sale of your personal information, you may opt out by using the link Do not sell my personal information.
×
Manage consent