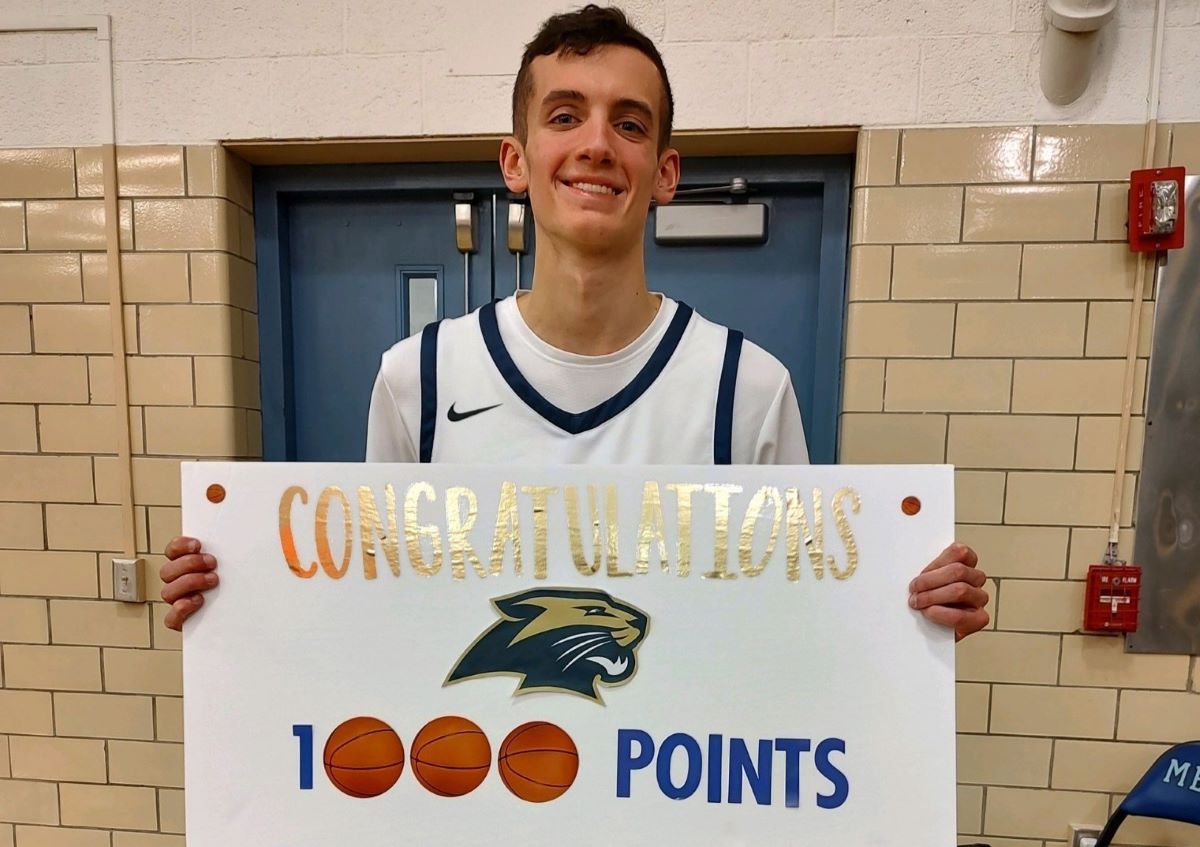 MERCER, Pa. – Brady Greco became the eighth Saegertown boys’ basketball player to score 1,000 career points when he topped the mark with a 17-point effort in a 64-47 loss to Ellwood City in the opening round of the Mercer Tournament Tuesday.

Needing seven points to reach the milestone, Greco scored eight in the first half reaching the mark on a 3-pointer in the second quarter.

Joe Roth had a monster game for Ellwood City, a PIAA qualifier in Class 3A the last two years, scoring 30 of his game-high 32 points in the final three quarters.

Nathan Williams was also in double figures for Ellwood City with 10 points.

MERCER, Pa. – Host Mercer got 22 points from Jake Mattocks on its way to a 60-45 win over Moniteau in the second game of the Mercer Tournament.

Mattocks scored 14 of his points after halftime to help the Mustangs build upon a 31-25 halftime lead.

Mercer grabbed the halftime advantage thanks to a 22-point second quarter that featured six points from Dae Mattocks and five from Christian Grossman.

Zero in the First? No Problem as Sheffield Rallies Past Smethport; Owens, Farrell Beat Redbank Valley Dec. 27
Dec. 28, 2022 District 9 and District 10 Basketball Schedules Powered by Hunter’s Station Golf Club
This website or its third-party tools process personal data.In case of sale of your personal information, you may opt out by using the link Do not sell my personal information.
×
Manage consent