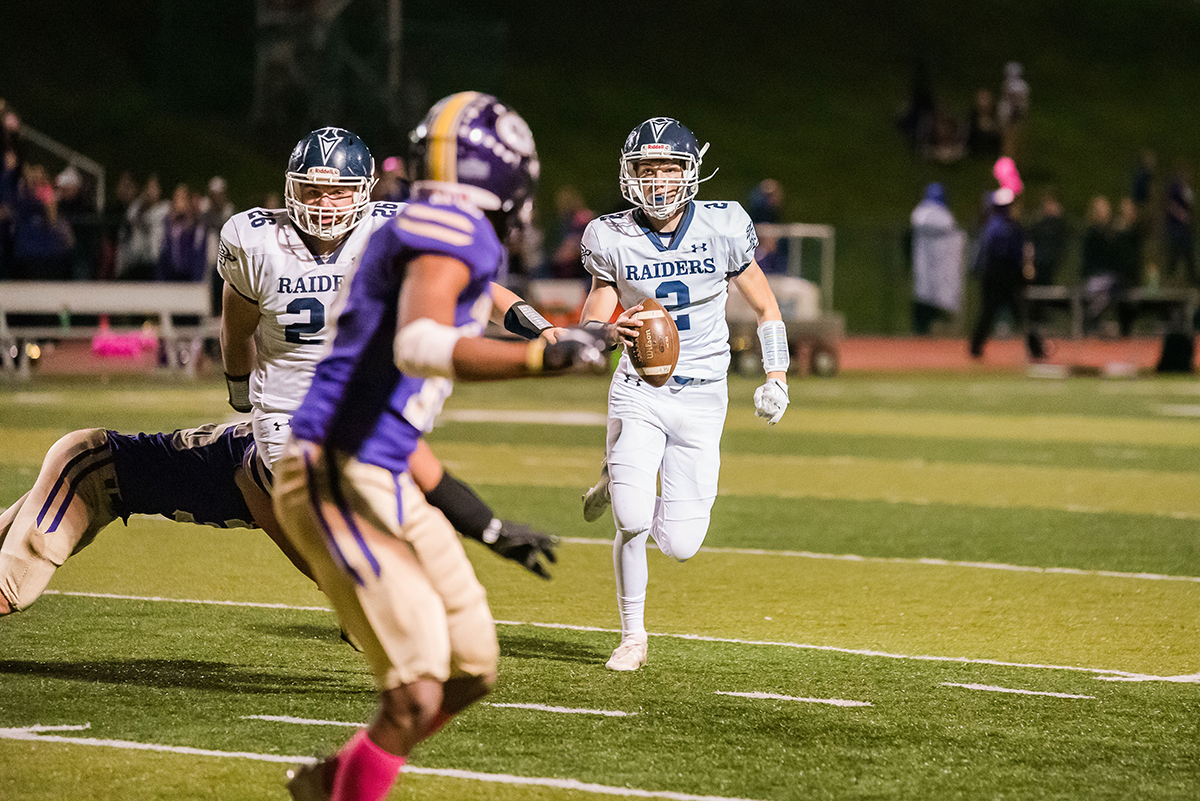 It’s the Route 36 Trophy Game between the Jefferson County rivals separated by 20 miles via … Route 36 of course.

It’s a matchup of teams that run the ball. For the Chucks, it’s always been the running game led by Zeke Bennett and his 1,016 yards and 11 touchdowns. For the Raiders, injuries to the quarterback position have turned the Raiders into more of a running team and it’s Jackson Zimmerman and his 916 yards and seven TDs. He left last week’s win against Karns City with an injury.

However, both players might not be on the field with injuries. Their status for the game isn’t certain. So it could be down to the rest of the roster and how they match up.

Raiders senior quarterback Noah Peterson has led the short-pass offense. He’s completed 39 of 48 passes for the season and 34 of 40 of the past three games for 283 yards and three TDs and one interception. Brayden Kunselman is the Raiders’ top receiver (42-444, 5 TDs).

Bennett, who missed last week’s 41-0 win over Moniteau after getting injured in the Chucks’ 15-13 loss to Karns City two weeks ago, helped the Chucks average 211 yards rushing per game.

2022 District 9 and District 10 Week 9 Football Predictions
Wings Up: The Raymond Monica Show! Episode 8 w/Special Guest Brockway Grad Jarrett Esposito
This website or its third-party tools process personal data.In case of sale of your personal information, you may opt out by using the link Do not sell my personal information.
×
Manage consent