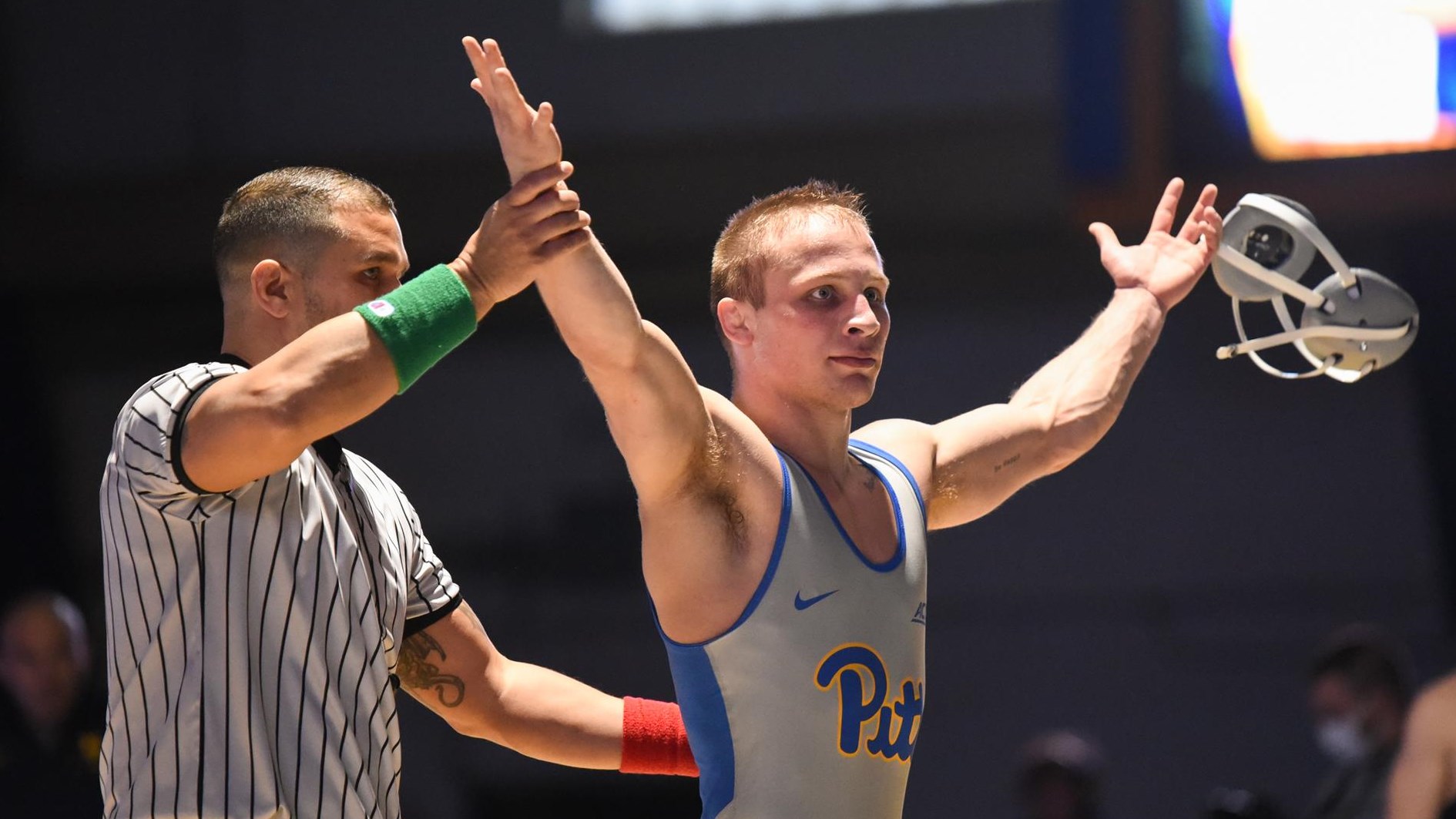 This marks the second consecutive week that a District 9 or District 10 wrestler has garnered ACC honors, as Dubois High grad Ed Scott was named ACC Co-Wrestler of the Week last week for NC State.

Matthews manufactured one of the biggest upsets of the college wrestling season thus far when he decisively defeated No. 3 Stevan Micic of Michigan by an 11-5 decision in dual action.

He also recorded a pin of Army’s Thomas Deck to clinch Pitt’s dual victory over the Black Knights on Sunday. With time running out in the first period, Matthews put Deck on his back and got the fall at 2:59 to help the No. 21 Panthers secure a 29-10 triumph over Army West Point.

Matthews, ranked No. 22 at 141 pounds by InterMat this week, owns an 8-2 record this season now as he appears to be rounding into form and regaining full health. He battled through the 2021 campaign and advanced to the NCAA Championships while competing with a torn ACL and meniscus that needed to be repaired after the season.

Matthews improved to 4-1 in duals this season for the Panthers.

No. 19 Pitt will host another challenging dual this Friday night against No. 6 Arizona State

West Middlesex Grad Dogan of Gannon Repeats as PSAC West Women’s Basketball Defensive Athlete of the Week
Clearfield Alum Laborde Garners PAC Indoor Track and Field Honors For Geneva
This website or its third-party tools process personal data.In case of sale of your personal information, you may opt out by using the link Do not sell my personal information.
×
Manage consent