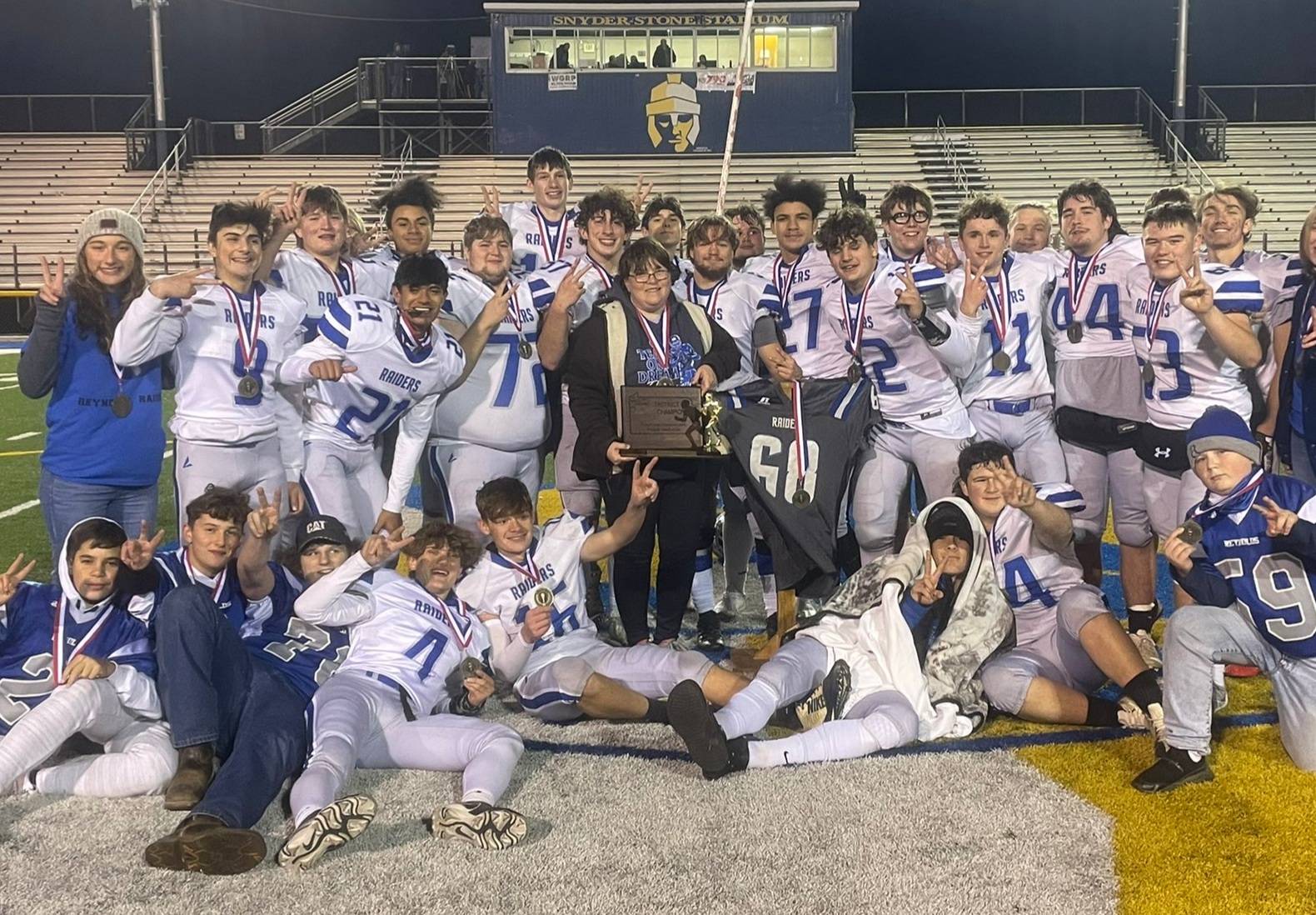 The win also marked back-to-back shutouts pitched by the defense in title games, as they blanked Eisenhower 27 a season ago.

Jalen Wagner, who rushed for 347 yards in last week’s semifinal win, got the scoring going for the Raiders (7-4) 64-yard touchdown burst late in the first quarter.

With 5:02 to go in the second quarter, the Raiders put the finishing touches on a 75-yard drive, as Brayden McCloskey hooked up with Ashton Small on a 21-yard pitch and catch.

That made the score 13-0 Raiders, a score which held until 2:28 to go in the third quarter, as Wagner scored his second touchdown of the game, this one from 29 yards out.

While Wagner and the Raiders rushing attack was doing its thing, the Reynolds defense put the clamps on Cochranton standout back Jack Martinec, who was held to 66 yards on the ground.

Juan Guayara put the finishing touches on the scoring with a 23-yard field goal in the fourth quarter.

McCloskey finished with 110 yards through the air, with Wagner accounting for 72 yards receiving.

With the win, Reynolds captured its fifth District 10 title in program history and advances to play Northern Bedford, a 47-0 winner over Tussey Mountain in the D5 title game, next week at a site and time to be determined.

Shreckengost Leads Defending Champion Redbank into D9 1A Finals; Union/ACV Reaches Title Game for First Time
Big Second Half Sends Meadville to District 10 Class 4A Crown
This website or its third-party tools process personal data.In case of sale of your personal information, you may opt out by using the link Do not sell my personal information.
×
Manage consent