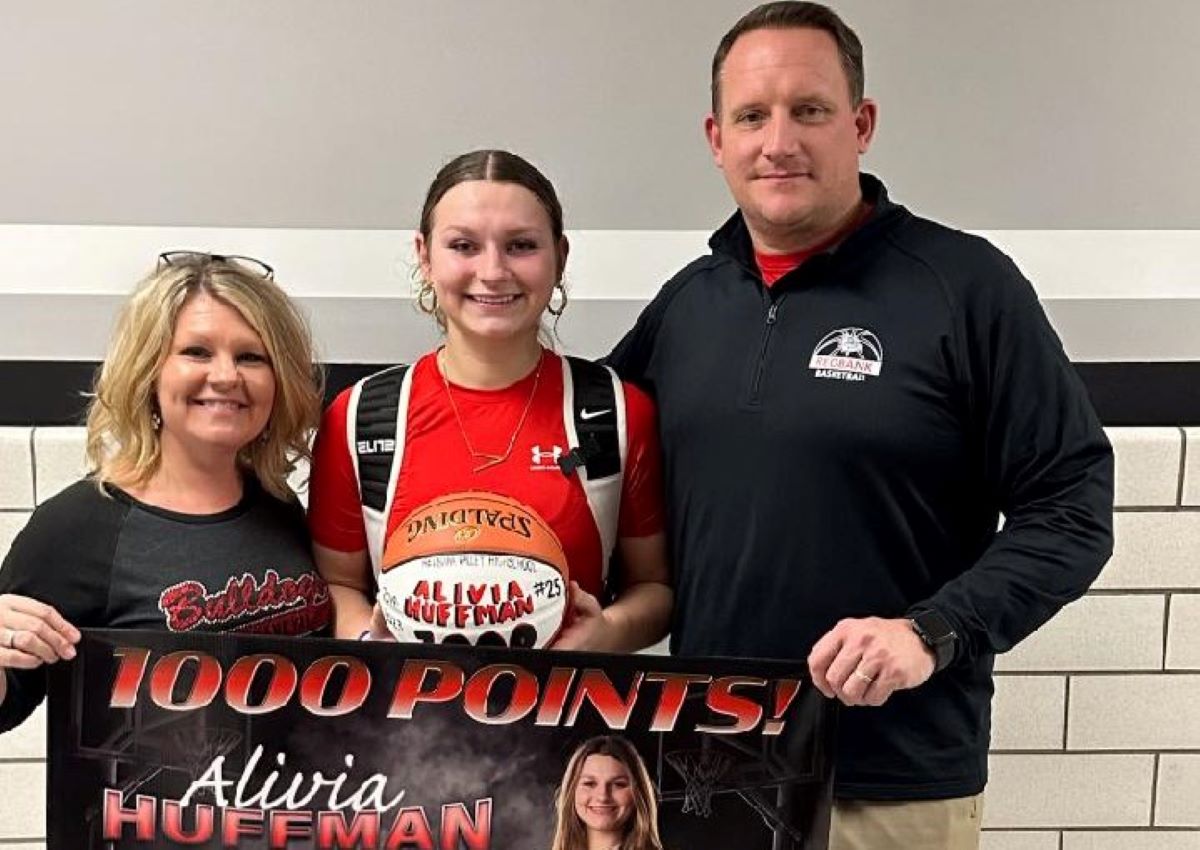 HOMER CITY, Pa. – Alivia Huffman became the ninth Redbank Valley girls’ player to reach the 1,000-point plateau when she exploded for a game-high 27 points in the Lady Bulldogs’ 47-39 win at Homer-Center.

Huffman came into the game needing 21 points to reach the milestone and did so on her first basket of the fourth quarter. It was a turnaround jumper 32 seconds into the frame after taking a pass from fellow senior Caylen Rearick.

She is the first Redbank Valley player to reach 1,000 points since Tara Hinderliter (1,401) reached the mark in 2020. Her 1,006 career points put her eighth in school history. She joins her dad, Jason, in the 1,000-point club at Redbank Valley. Jason Huffman scored 1,253 career points in a career that ended in 1995. Jason Huffman is an assistant coach for the Lady Bulldogs.

Huffman scored 26 of her points from the second quarter forward helping the Lady Bulldogs overcome a slow start.

Redbank Valley trailed 8-6 at the end of the first quarter but took a 20-17 halftime lead. It then pushed the advantage to 33-29 going to the fourth quarter.

Mylee Harmon added 15 points in the win with nine of them coming on 9 of 15 from the free-throw line.

Notes: Huffman is the first District 9 player (boys or girl) to score 1,000 points this year … She is the fifth player in the 21st century to score 1,000 career points for the Redbank Valley girls

Pete Leads Brookville Boys Past DuBois; Owen Clouse Hits Game-Winner for Redbank Valley Jan. 16, 2023
YDL Sports Network to Broadcast Smethport at Sheffield Boys Basketball Tuesday
This website or its third-party tools process personal data.In case of sale of your personal information, you may opt out by using the link Do not sell my personal information.
×
Manage consent