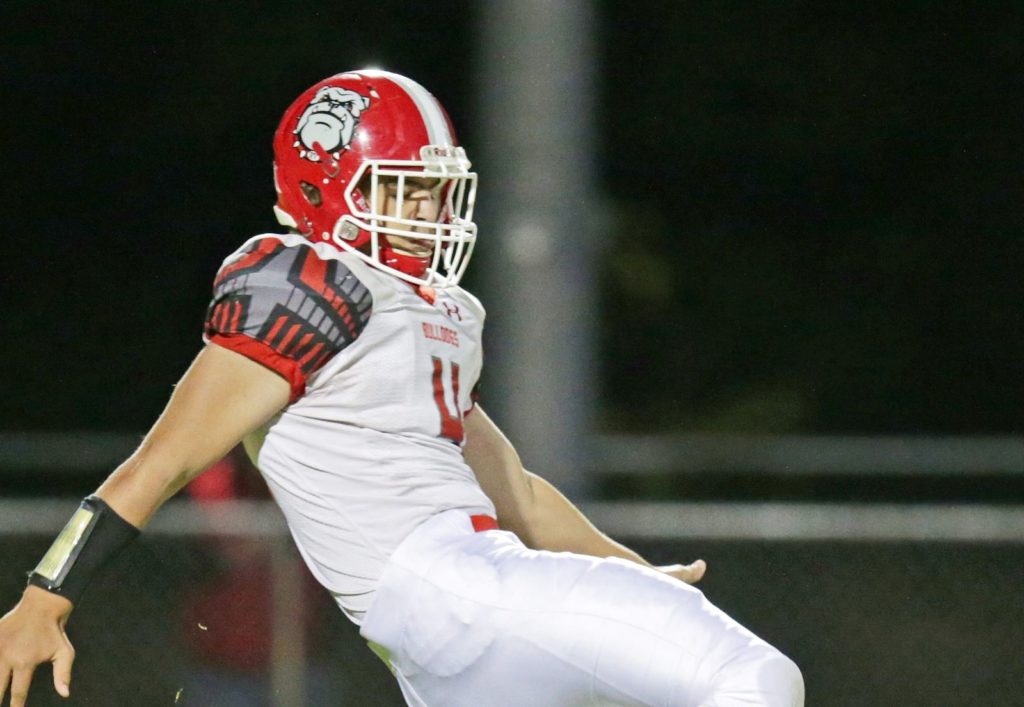 In a game that featured 14 punts, and only 331 yards of combined offense, it was only fitting that the Bulldogs (3-0) led 2-0 at halftime thanks to Joe Mansfield sacking Union/A-C Valley quarterback Tanner Merwin in the end zone in the second quarter.

But Union/ACV (3-1) scored on the opening drive of the second half when Merwin hit Karter Vogle for a 28-yard TD pass on a fourth-and-eight play. Colton Murray’s point-after kick made it 7-2 with 9:08 left in the third quarter.

Union/ACV reached the 20 on its next possession but stalled on downs in what was the final scoring threat of the game.

On Redbank Valley’s next possession, a botched lateral pass was recovered by the Falcon Knights at the Union/ACV 18.

But Union/ACV’s inability to move the ball killed their field positioning and that led to Mansfield sacking Merwin to make it 2-0 with 4:56 left in the first half.

The Falcon Knights blocked Hudson Martz’s punt in the ensuing Bulldogs possession and nearly cashed in with some points, but couldn’t come up with the big play as Merwin was pushed out of bounds on the final play of the half on a 2-yard run from the Bulldogs’ 6.