Redbank Valley Wins Appeal With PIAA, Will Remain Class 1A in Football 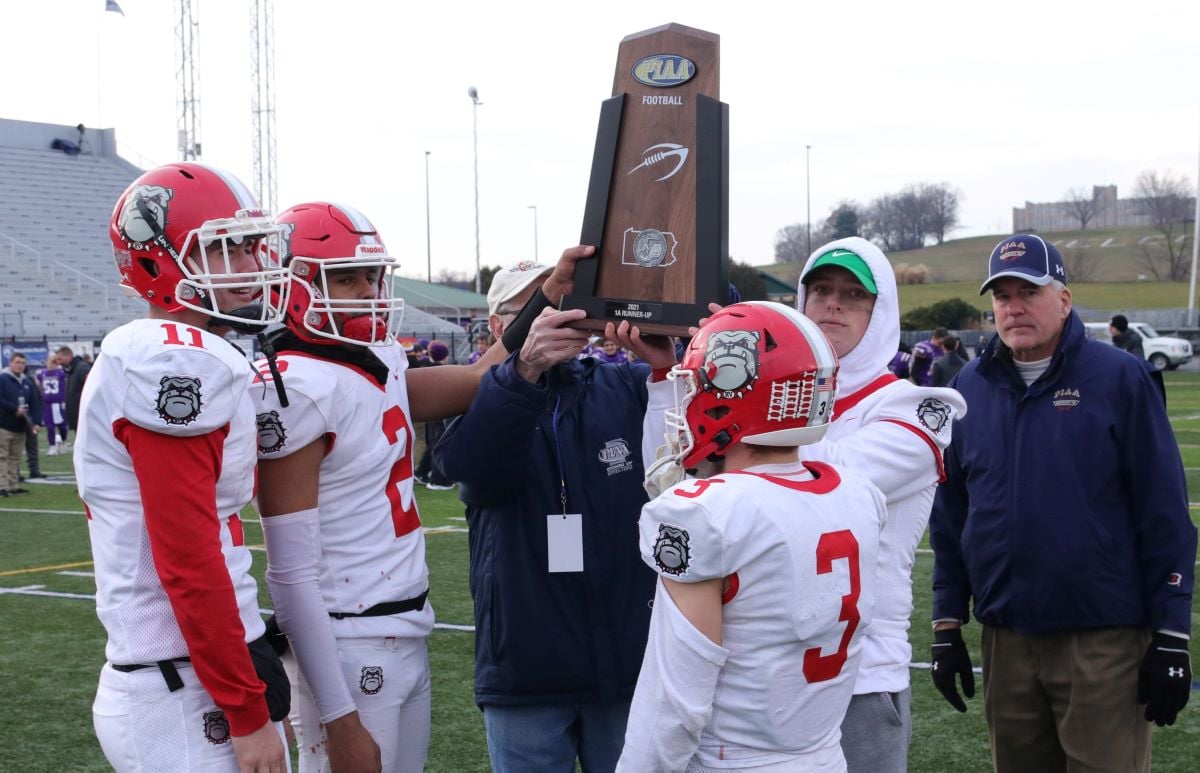 MECHANICSBURG, Pa. – The Redbank Valley football program won its appeal with the PIAA and will remain in Class 1A in the upcoming two-year playing cycle.

The Bulldogs, the PIAA Class 1A runner-up, were informed by the PIAA  they would be moving up to Class 2A under the PIAA’s Competition Formula despite having Class 1A enrollment numbers.

The PIAA originally informed Redbank Valley that they potentially had 10 student-athletes transfer into the program, which caused the original bump in classification.

But the school was able to provide documentation that showed that nine of those transfers had been in the school district since prior to starting high school. It takes three transfers plus six success points to “bump” a school up a classification.

“The Executive Staff of the PIAA is accepting of the source documents for the nine students and approve your appeal,” PIAA Executive Director Dr. Robert Lombardi said in a letter sent to Redbank Valley. “Therefore, the Redbank Valley (High School) classification will be in 1A in the sport of football for the 2022-23 and 2023-24 school years.”

Redbank Valley is well within the threshold for Class 1A football programs with an enrollment of 106 (Class 2A begins at 124). The PIAA reclassifies every sport every two years with the start of the next cycle being the 2022-23 school year.

Success points accumulate over two years, and Redbank Valley earned its six by qualifying for the 2020 PIAA Class 1A quarterfinals and the 2021 PIAA Class 1A championship game.

While the PIAA informed Redbank Valley in late December 2021 it would have to move up based on the Competition Formula because of the six points and the potential 10 transfers, it gave the school until Jan. 7 to provide documentation that not all of the potential transfers were actual transfers.

“The students that are identified are not considered transfers but ‘potential transfers’ which the school can review and provide documentation proving that they are not transfers,” PIAA Assistant Executive Director Jennifer Grassel told D9and10Sports in an e-mail in early January.

Grassel said the PIAA identifies what it believes are “potential transfers” by looking at the eligibility lists turned in each year by the schools.

“Unfortunately, we do not have information on each individual student as to when they started school within their school district.”

Nine of the players who were originally viewed as potential transfers by the PIAA, including starting quarterback Bryson Bain, were determined to have been in the school district prior to ninth grade but had not chosen to play football during their entire high school careers. Therefore, the PIAA now views them as non-transfers.

Two District 10 schools – Farrell and Cathedral Prep, were also affected by the Competition Formula. Those schools have yet to receive word from the PIAA on their status.

Three D9/D10 Football Schools Tagged by PIAA Competition Formula to Appeal
PIAA Denies Farrell Football’s Initial Appeal to Avoid Promotion to Class 2A
This website or its third-party tools process personal data.In case of sale of your personal information, you may opt out by using the link Do not sell my personal information.
×
Manage consent