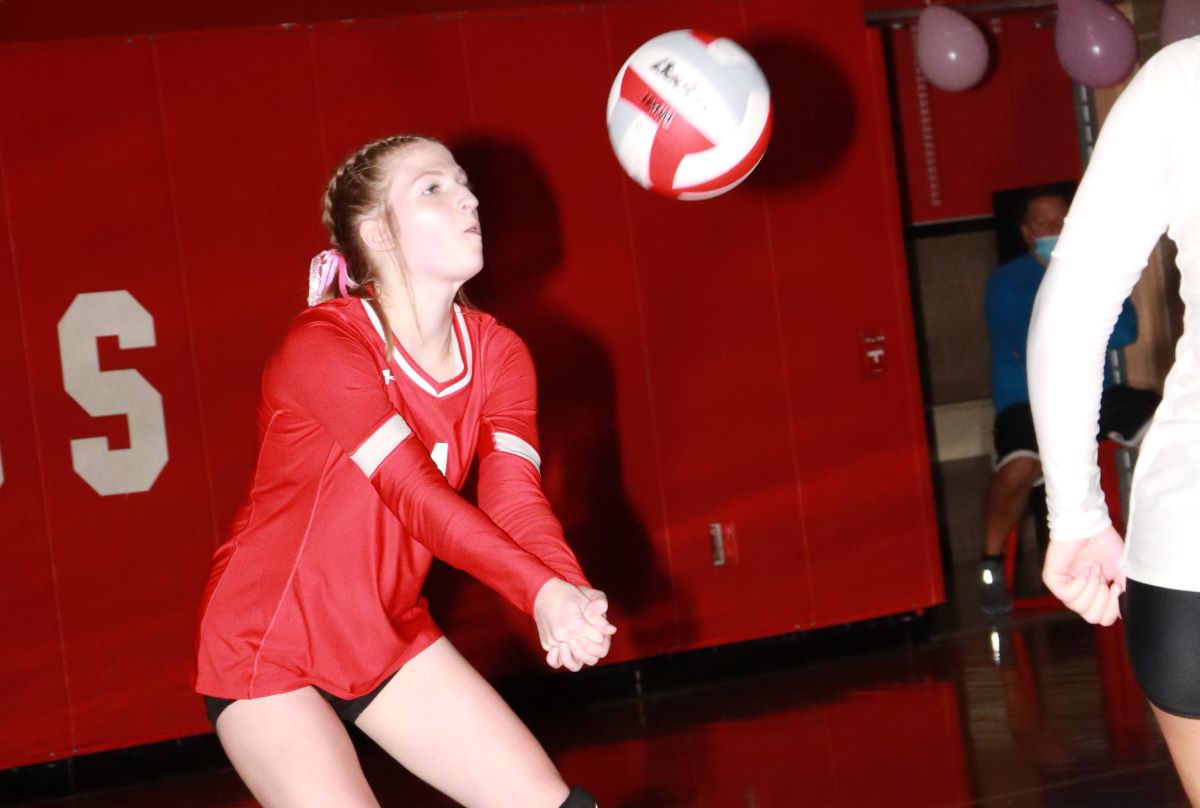 Caylen Rearick handles one of her 15 digs during Tuesday night's win over Union. Photo by Mike Maslar

Rewatch the remainder of the match plus the postgame show

The Lady Bulldogs appeared to have lost the first set, 26-24, following a hitting error by Alivia Huffman. But Redbank Valley players lobbied the officials that the ball had been tipped.

After a conference, the officials couldn’t decide if it was tipped or not and decided to replay that point.

Redbank Valley then went on to win the set 28-26 before overcoming nine Union aces in the second set to take control of the match.

“That was a big play for us to get that replayed,” Redbank Valley head coach Ashley Anderson said. “We’ve been working on how calls go your way and how calls don’t and to use it to your advantage. I think they really stepped up and did that tonight. Even though that was called in our favor, they treated it like it wasn’t.”

The replay of what it believed should have been the set-deciding point for Union turned the match in the opinion of Golden Damsels head coach Corri Shumaker.

“I think it’s rough,” Shumaker said. “We talked about it in the locker room. If we had won that first set … it just totally changed from the excitement. It just went downhill after that. I feel like if we could have pulled that first set out, we could have come a lot closer, anyway.”

Redbank Valley’s win came thanks to a strong all-around effort that included 15 set assist from Lilly Shaffer, who played a well-rounded game that included a pair of aces as well.

Shaffer, who was named the Allegheny Grille of Foxburg Player of the Game, talked about the win.