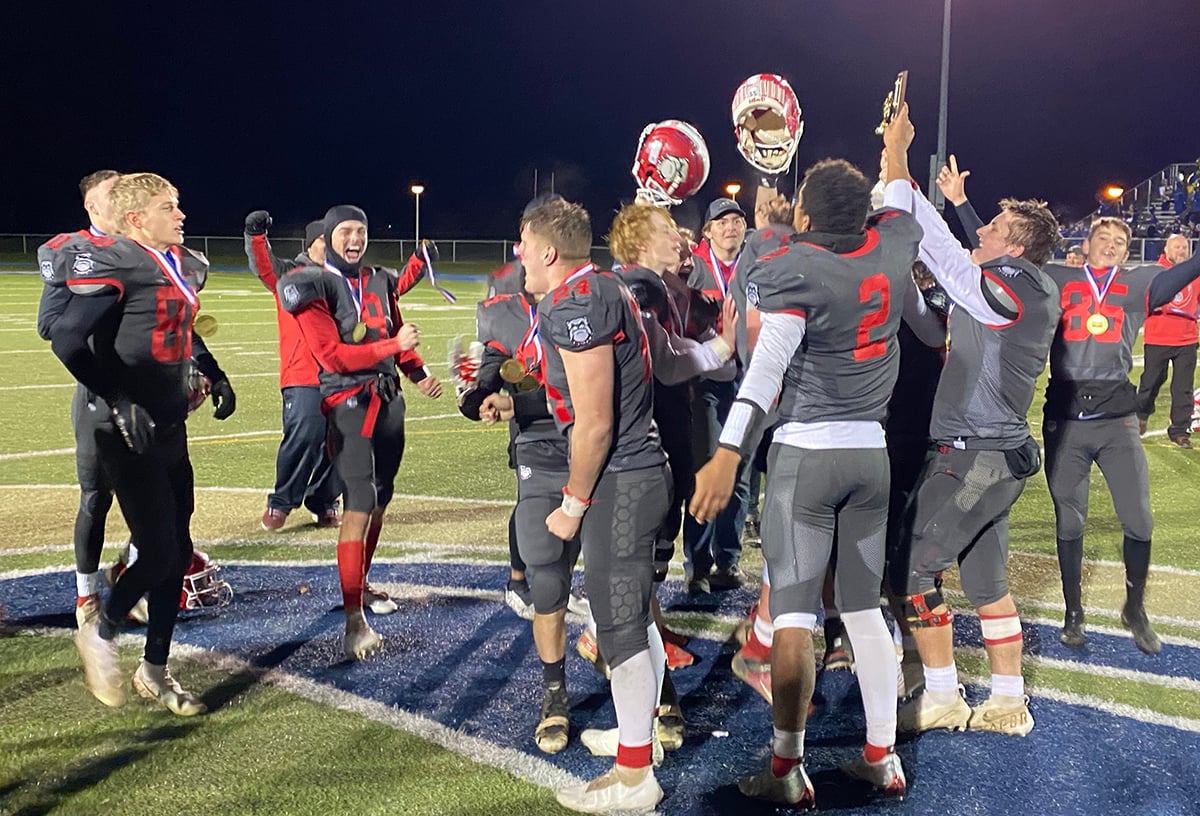 Last year, the Bulldogs beat the Panthers, 28-15, for their first-ever state win at Windber High school. It was a far warmer day that resembled a warm September afternoon as opposed to Friday’s forecast high temperature of 31 degrees.

A lot of the difference has to do with the schedule. Last year, the teams met 18 days earlier on the calendar due to the truncated season schedule induced by COVID-19.

Also, the bracket is different. This is a quarterfinal matchup as opposed to a first-rounder last year. While the Bulldogs (11-1) were repeating their District 9 title run with a 28-21 win over Union/A-C Valley last week also at CUP, Northern Bedford (9-3) traveled to Greenville High School and beat Reynolds 25-22.

This year, the Bulldogs-Panthers winner lands in next week’s semifinal against the WPIAL champion and they’ll know who awaits them by kickoff. Our Lady of Sacred Heart meets Bishop Canevin in the WPIAL final Friday afternoon at Heinz Field at 2 p.m.

On the other side of the bracket, it’s the District 6 final with Juniata Valley taking on Bishop Guilfoyle Friday in Altoona and District 4 champion Canton playing District 2 champion Old Forge Saturday afternoon.

Only the Bulldogs and Old Forge return from last year’s quarterfinalists. Neither team reached the semifinals.

Last year’s matchup at Windber saw the Bulldogs build a 21-0 halftime lead as they wound up picking off two Northern Bedford passers five times and limiting the Panthers to minus-five yards of rushing.

But most of the Panthers’ offense has been retooled while the Bulldogs have a new starting quarterback in a mostly returning lineup for the most part on both sides of the ball.

While the Bulldogs jumped out to a 21-0 lead against Union/A-C Valley before needing a fourth-quarter touchdown run by Ray Shreckengost to set the final margin, Northern Bedford trailed 14-7 at halftime before scoring four straight unanswered touchdowns to take control of its game against Reynolds.

Three of the Panthers’ TDs came in the third quarter as sophomore quarterback Eion Snyder hit freshman receiver Aaron Bowers, a 6-foot-3, 185-pounder, with TD passes of 28 and 26 yards.

Senior Kainen Brown ran for TDs of 7 and 3 yards while Snyder’s 14-yard TD pass to senior Brooks Snider put the Panthers up 35-14 in the fourth quarter. Sophomore Adam Johnson ran for 118 yards on 15 carries while Eion Snyder completed 9 of 18 passes for 173 yards. Bowers caught four of those completions for 134 yards alone.

Last year against the Bulldogs, Snider caught two passes for 29 yards while Brown caught a pass for 18 yards.

Curwensville lost its Class 1A playoff opener to Smethport, 46-27.

Brown leads the defense with 5.3 tackles per game while Bowers has a team-high six interceptions.

Five players have scored between five and a team-high eight TDs by Johnson. The Panthers’ 39 TDs have all come from their offense.

The Bulldogs have scored 71 TDs, 60 from their offense and 11 coming from the defense and special teams.

Zeldon Fisher (6.5), Brenden Shreckengost (5.3), Joe Mansfield (5.0) and Brandon Ross (4.3) lead the Bulldogs’ defense in tackles per game. Mansfield (9.5) and Ross (5.5) are the sack leaders while Kahle and Ortz have four and three interceptions respectively to lead the unit.

The Bulldogs’ defense has been pretty stingy this year, giving up just 111 yards and 8.9 points per game. The Bulldogs have yielded only 506 yards rushing on 345 attempts while opposing passers have completed 71 of 165 passes for 826 yards with 15 interceptions. Of that total, 407 passing yards have come in their past two games against Union/ACV and Port Allegany.

2021 District 9 and District 10 Week 14 Football Predictions
Farrell heads to Karns City for Class 2A quarterfinal
This website or its third-party tools process personal data.In case of sale of your personal information, you may opt out by using the link Do not sell my personal information.
×
Manage consent