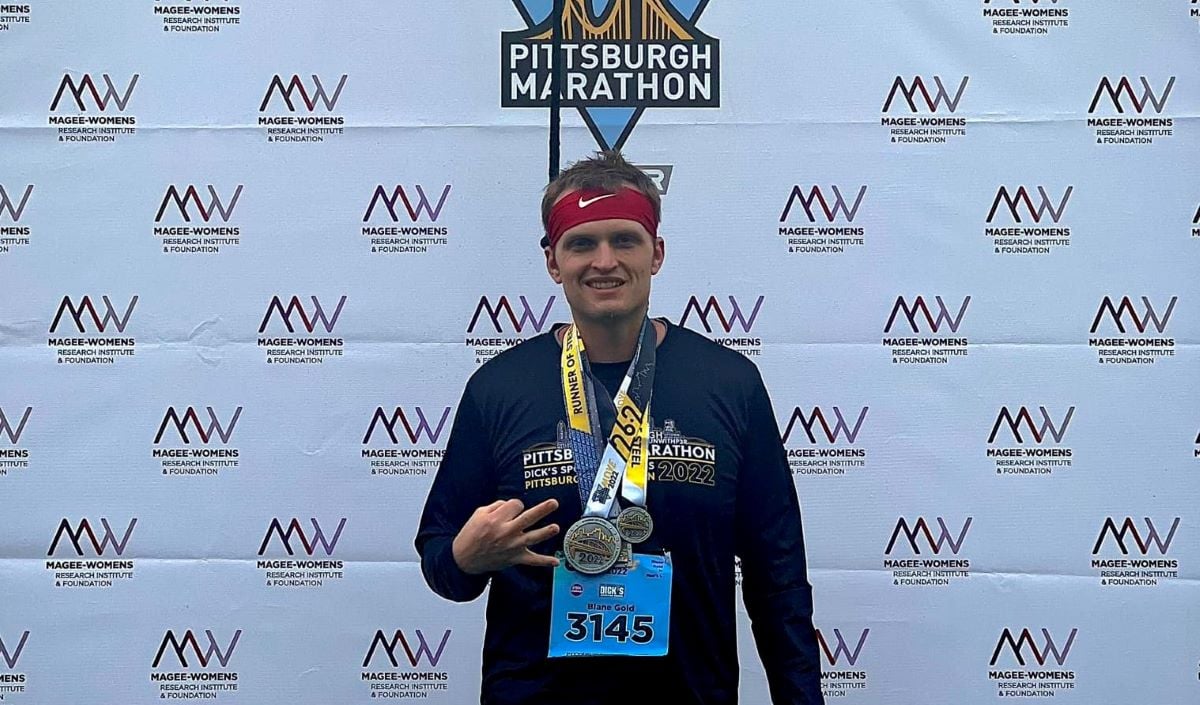 PITTSBURGH – Redbank Valley football coach Blane Gold ran the Pittsburgh Marathon in under four hours while finishing in the top 30 percent of all racers Sunday.

“The third time’s a charm for breaking the four-hour marathon mark,” Gold said in a Facebook post.

Gold said it turned out to be a perfect day for running.

“It poured a couple of times,” Gold said. “Then it got really nice. Other than about 15 minutes of being pelted with rain, it was a perfect day to run.”

Sunday marked Gold’s third marathon, something he said he does to stay in shape during the offseason.

Gold will be entering his fourth season as Redbank Valley’s football coach this fall. He has guided the Bulldogs to back-to-back District 9 Class 1A titles, and in 2021 took Redbank Valley to the PIAA Class 1A state championship game for the first time in school history where the Bulldogs finished as runners-up to Bishop Guilfoyle.

Moniteau Softball to Honor, Support Teammate, Others Affected by Childhood Cancer and Tumors
May 2, 2022 D9/D10 Baseball/Softball Scores Powered by the BHL Sportsperson of the Year Award
We use cookies on our website to give you the most relevant experience by remembering your preferences and repeat visits. By clicking “Accept All”, you consent to the use of ALL the cookies. However, you may visit "Cookie Settings" to provide a controlled consent.
Cookie SettingsAccept All
Manage consent