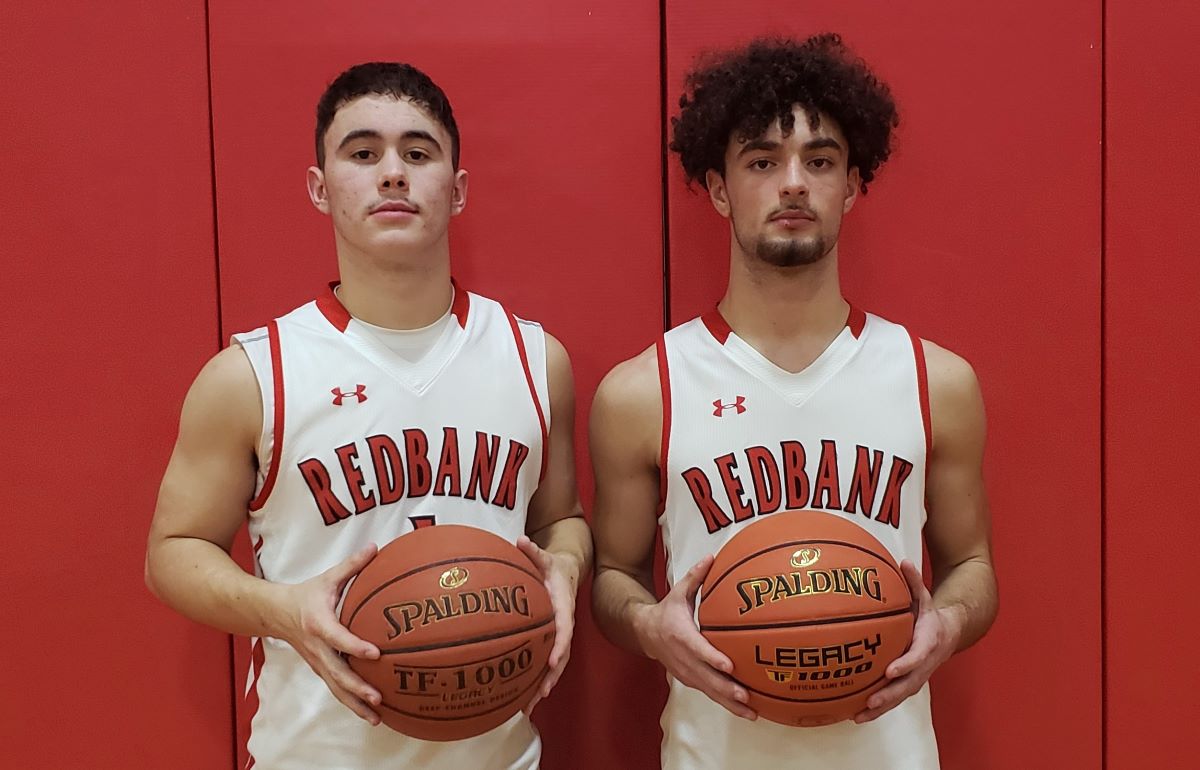 NEW BETHLEHEM, Pa. – In a feat so rare it is known to have happened once – maybe twice – before in District 9 history, Redbank Valley’s Bryson Bain and Chris Marshall each scored their 1,000th career points in the Bulldogs 72-19 win over visiting Cranberry Wednesday night.

Bain, who came into the game needing 12 points to reach the milestone, was the first one to do so at the 6:54 mark of the second quarter, and he was followed by Marshall, who was 16 points shy of the mark coming into the game, a 1:43 later.

“I have never even heard of anything on the planet, you know, to guys scoring 1,000 points in the same game, in the same quarter, on the same night,” Redbank Valley head coach Emmanuel Marshall, Chris’ dad, said. “It’s just unrealistic.”

So unrealistic that a deep dive into the District 9 statistics archives has found one other confirmed instance of it happening by teammates in District 9 history. That was in 2002 when First Baptist Academy, which is no longer a D9 member, saw Steve Snyder and Ben DeLarme accomplish the feat on Jan. 8 in a 71-18 win over Clearfield CMA. The Eagles, that season, went on to beat Smethport in the District 9 playoffs before losing to Elk County Catholic.

It is also possible that it happened one other time – that in 1996. St. Marys teammates Steve Gee and Dave Mullaney finished their careers 10 points apart (Gee 1,075 career points and Mullaney 1,065 career points). St. Marys athletic director Terry Straub wasn’t sure if they both scored the milestone in the same game, but he is going to do some research into the matter.

No matter the number, it is obviously a special accomplishment for the two seniors, who have been playing basketball together since the fourth grade.

“We knew we would get it eventually,” Chris Marshall said. “But, we didn’t think it would be in the same game in the same couple of minutes.”

Bain said the two players knew they had been close to each other – going into the season Marshall was 47 points shy of 1,000 and Bain was 55.

“We always knew we were close,” Bain said. “I wanted him to get it more than I wanted myself to get it. We knew there was no selfishness. It was just scoring here and scoring there. It was a cool moment.”

According to Bain, two teammates recording 1,000 points in the same graduating class happens occasionally but almost never in the same game.

“I think it is just a testament how good of friends we are and how long we have played together,” Bain said.

Chris Marshall said it has been a dream of both players to get their name up on the 1,000-point banner that hangs in the gym at Redbank Valley – one that will now have nine names on it up from seven going into the night.

Bain said Coach Marshall has talked about the players getting 1,000 points a lot.

“Coach Manny has talked about it a lot,” Bain said. “He has been our coach all the way up through. It is something he always brought up to us.”

Both players got to share the moment with their dads with Chris’, obviously, being the head coach, and Bryson’s dad, Darren, being one of the assistant coaches.

“It is extra special because they are both there with us all the times, at all the practices, pushing us hard doing what they do,” Chris Marshall said. “It means a lot for them to be there with us.”

“I wouldn’t do it with any other guy in the world,” Bain said. “My dad is my best friend. We have been doing this basketball, this sports stuff, a long time. To have him there is definitely special.”

“They did a really cool thing,” Bain said. “They stopped the whole game, had the banner. It was just very cool to have the whole community here supporting us.”

Emmanuel Marshall said it was hard to keep his emotions in check.

Fittingly, the milestone buckets came on similar fastbreaks for both players.

“I was just thinking not to miss the layup,” Chris Marshall said. “I didn’t want to blow the layup wide open. It means a lot. It is really special.”

As for the game itself, it wasn’t much of a contest.

Redbank Valley, coming off having played a tough game to Freeport Tuesday night that saw the Bulldogs lose their legs in the fourth quarter in a 55-43 loss, wasted little time against a Cranberry team that has struggled to score in the early going.

The Bulldogs scored the first 11 points, including a dunk by Marshall, and led 17-3 less than six minutes into the contest before taking a 29-9 lead at the end of the first quarter.

By the end of the half, it was 51-13, and the second half was played under the PIAA’s Mercy Rule with a running clock.

“We were very happy to get the win,” Emmanuel Marshall said. “We were blessed to get the win. It was a conference win. We needed it. We had a good competitive match with Freeport, and our legs just weren’t there. But this is a game that we needed to kind of get back on pace.”

Dane Ley had a team-high six points for Cranberry.

NOTES: Chris Marshall now has 1,001 career points and Bain has 1,002 career points. They are the first Bulldogs to hit 1,000 points since Jake Dougherty in 2015. Dougherty, now an assistant coach, is the school’s all-time leading scorer with 1,558 career points. (See full 1,000-point list below) … There is at least one other known instance of two teammates scoring 1,000 career points in the same game in northwestern Pennsylvania, as Mercer’s Sean Berti and Jason Moon accomplished the feat in 2004, according to Cory Corbin, a sports reporter for the Allied News in Grove City and the Sharon Herald.

Dec. 15, 2021 D9 Girls’ Hoops: Wood, Buttery Lead Brockway Past DCC; Punxsy Gets Win
Dec. 16, 2021 District 9 and District 10 Basketball Schedules Powered by Hunter’s Station Golf Club
This website or its third-party tools process personal data.In case of sale of your personal information, you may opt out by using the link Do not sell my personal information.
×
Manage consent